Data roaming rates in the EU dropped today as part of a staggered plan to reduce fees. Under the new rules, European companies cannot charge EU citizens more than €0.45 per megabyte, down from €0.70 previously. That price will drop massively next year, down to €0.20 per megabyte, and there are also plans to try to scrap roaming rates altogether by the end of 2014.

It's not only data roaming fees that have reduced; the price of making and receiving calls and the cost of sending text messages also dropped. Placing a call now costs no more than €0.24 per minute, receiving calls is pegged at €0.07 per minute, while sending a text message costs €0.08. As with data rates, those fees are set to drop again next year. Incidentally, if you're headed to Croatia any time soon, you'll be able to benefit from a massive drop in fees — the country became the 28th to join the European Union today, and travelers will immediately be charged at the new rates. None of the new prices include local tax, which will be added by your carrier. 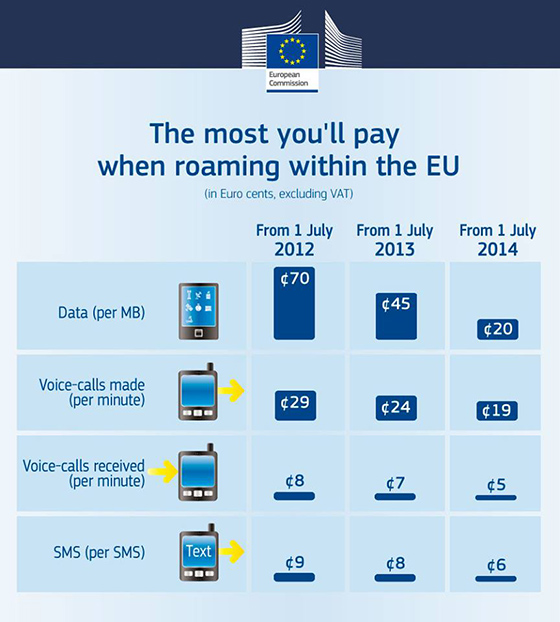