With Apple's iWatch on the horizon, do Pebble and MetaWatch still matter?

With Apple's iWatch on the horizon, do Pebble and MetaWatch still matter?

Smartwatches from big companies are on the way, but these Kickstarter projects are already on users' wrists

We’re on the cusp of an explosion of wearables, and the smartwatch will be one of the first styles to go big. By all appearances, the iWatch is happening. And even if it doesn’t happen, the Google watch will, or perhaps the Galaxy watch. Where does that leave the little guys, the Pebbles and the MetaWatches of the world? Are they primed to compete?

Dipping your toe in the primordial ooze of the smartwatch industry isn’t easy. I’ve had various MetaWatches for a year and a half now; Pebble, though, is a different story. Having stayed on the sidelines for Pebble's Kickstarter last year, I only just now managed to get one over the weekend by walking into a Best Buy. I really wanted the white model, not the black-on-black that Best Buy is carrying, but beggars can't be choosers. (My understanding is that not all Kickstarter backers who chose white have even received their units yet.) 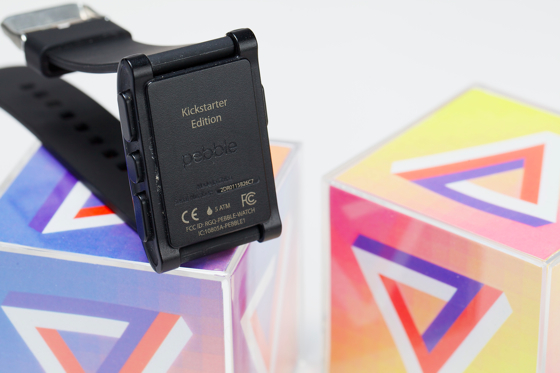 The watches are remarkably different for having basically the same goal: turning your wrist into a primary destination for notifications from your iPhone or Android device. In most ways, that diversity is a great thing. I've long maintained that watches are fashion accessories and extensions of the wearer's personality, and sameness is the sworn enemy of that philosophy. But these products still make it crystal clear that we're still very early in the smartwatch’s formative years. Some might even argue they’re betas. We’re still at the point where everyone can learn something from everyone else.

The watches are remarkably different for having basically the same goal

I have limited latitude to criticize a watch’s aesthetics — different strokes for different folks — but there’s an exception: when a manufacturer only offers one design, it’s got to be universally appealing and universally good. In that regard, Pebble delivers a mixed report card.

Where Pebble’s design succeeds is in its no-frills simplicity; a watch that isn’t overwrought is less likely to offend, and the glossy, curved face and plain black wristband are about as simple as they come. There are no bells or whistles, no extraneous flourishes. People who steer clear of the giant, chunky watches that have been trendy as of late won’t be bothered by the relatively lithe Pebble. (I actually think it’s too small, but I love a really big watch.)

But the Pebble’s cheap materials betray the design’s true intentions: the watch looks simple not because it’s elegant, but because there simply wasn’t much thought put into it. The entire thing is glossy, Samsung-esque plastic (not a compliment) paired with a low-grade rubber watchband, physical evidence that engineers poured resources into circuitry and software while racing against the clock. It’s 90 percent technology, 10 percent aesthetic. It’s clear it was produced by a technology startup, not a watchmaker.

The buttons are no better. These are some of the worst-feeling buttons I’ve ever experienced on any product, ever — they’re wobbly hunks of plastic that offer no tactile confirmation that you’ve actuated a command. I actually dread pressing them. They feel like they could break at any moment.

A smartwatch's prime directive is to be "glanceable"

But then there’s the display. A smartwatch’s prime directive is to be "glanceable," meaning you can spend no more than a couple seconds looking at it and get all the information you need without needing to interact. It needs to be able to serve that need 24 hours a day for several days at a time, bare minimum, between charges. To pull that off, Pebble uses a monochrome e-paper display that delivers a really reasonable level of contrast (just don’t try to use it in the dark, because the backlight is barely functional). 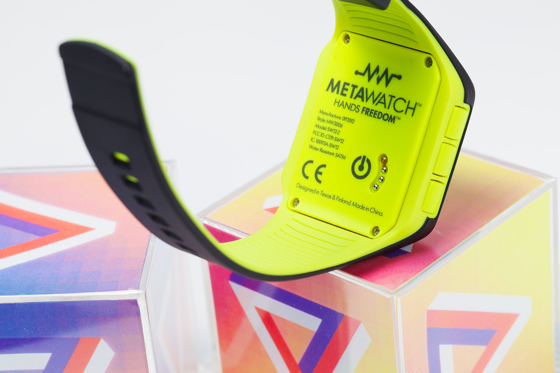 The MetaWatch, meanwhile, uses one of the most objectively awful, exceedingly low-res displays I’ve ever seen on a consumer device. It's called a "polymer network LCD," chosen for its low power drain. The tradeoff, though, is that it has an extremely low contrast-ratio, which means you simply can't see it in many lighting conditions. The problem is compounded when it's dark by a crappy single-bulb sidelight, reminiscent of digital watches from the 1980s. I have very vivid memories of owning a sweet Timex Ironman before the advent of electroluminescent lighting; this is a lot like that, and not in a good way.

Like a Timex Ironman, and not in a good way

The rest of the MetaWatch, though, points to its founders’ pedigrees as watch designers (the CEO and CTO both hail from Fossil). The buttons don’t suck. The watch comes in two very different designs: the Strata, a chunky plastic model with good waterproofing, and the Frame, which looks like a proper dress watch with significantly better materials (leather and steel) than Pebble’s.

Pebble and MetaWatch are also taking markedly different approaches to the way software works on their watches. I’m not sure which approach is better; it’s way too early, and there’s still practically zero commercial support for either one (though Pebble has the early lead).

MetaWatch treats its devices as slaves to the phones that they’re connected to — there are no "watch apps," per se. Instead, third-party apps on the phone can use MetaWatch’s SDK to push pixels directly to the watch and receive button and sensor input back from it over the ever-present Bluetooth connection (fortunately, the watch can still keep time if the connection is lost). Pebble, meanwhile, is very actively promoting the development of apps that run directly on its watches — games, for instance.

In these early days, there’s another philosophical difference between these products that has a much greater impact on the user’s experience: the "watch face," the home screen, whatever you want to call it. MetaWatch divides its square screen into four slots of equal size; using the MetaWatch app on iOS or Android, you can select various first- and third-party widgets to occupy one, two, or all four slots. For instance, you could have the time in the upper right, the weather in the upper left, and upcoming calendar events occupying both of the bottom two slots. It’s versatile and user-friendly. Pebble, meanwhile, requires that the user select a single watch face. Out of the box, none of the watch faces include any information other than time and date, nor do any of the extra faces that can be installed through the official Pebble phone app — it’s far less flexible. Granted, there are some pretty watch faces available, but if all I’m going to see is the time when I glance down at my wrist, I’d just as soon wear a traditional watch that looks and feels a lot better. Third-party faces with more functionality can be installed from other sources, but that adds a layer of complexity that an average watch-wearer shouldn’t have to deal with.

If all I’m going to see is the time, I’d just as soon wear a traditional watch

The Pebble does win on general UI slickness: the menus are pretty and user-friendly, owing in part to the fact that the watch only uses four buttons to MetaWatch’s six. It also wins on firmware updates, which have been fairly frequent in these early days — the watch can update wirelessly via the Pebble app on your phone. With MetaWatch, you need to cable up to your PC and download a utility from the company’s website. 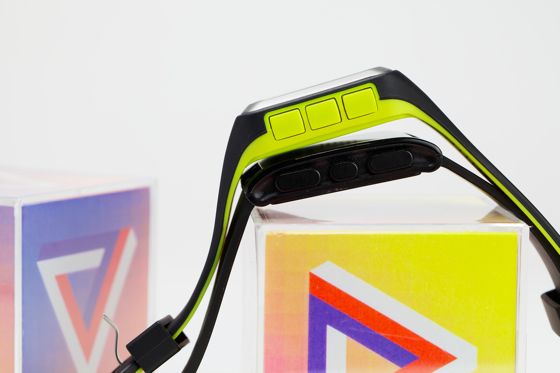 On balance, I’d like MetaWatch’s four-slot widget concept paired with Pebble’s superior UI and a better database of watch face designs (in fact, MetaWatch really only offers one design). And I’d like it on a MetaWatch Frame with the higher-resolution, higher-contrast display of the Pebble. I’d also like inductive charging while we’re at it — at present, both devices require proprietary charging accessories that are just begging to be lost.

Is there going to be room for these boutique smartwatch makers?

I’m nowhere close to recommending either the Pebble or the MetaWatch to friends of mine who aren’t technologically savvy. They’ve been built with too many compromises, too many hastily made design decisions and cut corners. They’re not ready for prime time. Inside nerd circles, though, it’s a wash: both products have big upsides and big downsides. For what it’s worth, both do a reasonably good job — right now, today — of getting vibrating call and text message alerts to your wrist. For me, that’s the big thing.

A year or two from now, is there going to be room for these boutique smartwatch makers, just as there’d been for traditional wristwatches in the past century? Or do Apple, Google, and Samsung simply suck up whatever market opportunity exists? Are we looking at misguided designs that are just waiting to be swept away by a revolutionary product that realigns the entire industry, just as the original iPhone did to the smartphone market in 2007? It’s hard to say, but time is running out for the likes of Pebble and MetaWatch to make a compromise-free product that I can easily recommend — a device that can build market share and brand loyalty before an 800-pound gorilla enters the ring.

More from this stream Apple iWatch: tracking the rumors of a Cupertino-designed timekeeper