Apple’s mobile software marketplace kickstarted the post-PC era — so why was Steve Jobs so against it?

Five years ago today, the App Store opened for business. On its first day, the store offered 500 applications from third-party developers, led by games, productivity apps, and Major League Baseball. In its announcement of the store's opening, Apple used the word "revolutionary" three times — and for once, it didn't feel like an overstatement.

Half a decade later, more than 900,000 iOS apps have been downloaded a collective 50 billion times. Billion-dollar businesses sprung up around iOS, from games (Angry Birds) to transportation (Uber) to a broad range of business tools. The App Store spurred a gold rush among developers attracted by the easy access it granted them to the hundreds of millions of credit cards linked to iTunes accounts; Apple has paid out $10 billion to developers, with half of that amount being paid in the last year.

The company estimates that nearly 300,000 jobs related to the app economy have been created in the United States. "Nothing like the App Store existed before, and it has fundamentally changed the world," CEO Tim Cook told the audience last month at the Worldwide Developers Conference.

"Overnight, the world changed to a meritocracy, which is an astonishing change."

Plenty of developers agree. "If you look at all the things that happened in the world five years ago, the App Store is among the most influential things for humanity that happened in that time period," said Phil Libin, founder and CEO of Evernote, in an interview with The Verge. Libin, who likes to punctuate his remarks with zingers, was being sincere. He credits the store with giving developers unprecedented access to hundreds of millions of customers, making it possible for the smallest of teams to compete with giants. "Overnight, the world changed to a meritocracy, which is an astonishing change," he said. "That's hyperbolic, but I think it's true."

In barely half a decade, the App Store has radically expanded our notions of what smartphones can do, upended industries, spawned a host of competitors, and fueled Apple’s improbable run as the world’s most valuable technology company. All of which makes it strange to think that the App Store was an idea that Steve Jobs strongly opposed.

More than any other single event, the App Store's arrival signaled the dawn of what Jobs called the post-PC era. But it almost never happened at all. As recounted in Walter Isaacson's biography of Jobs, the Apple co-founder opposed third-party apps on the grounds that they would profane the pristine operating system his team had developed. "He didn't want outsiders to create applications for the iPhone that could mess it up, infect it with viruses, or pollute its integrity," Isaacson wrote. 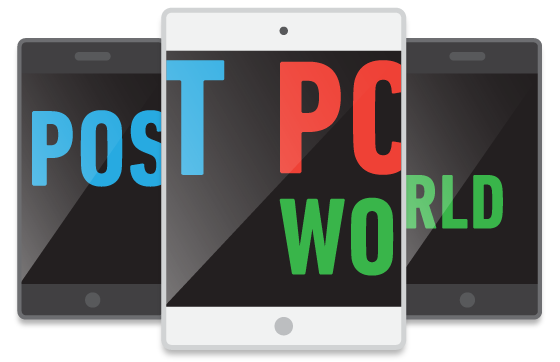 But inside Apple, the team building iOS was clamoring for a native software developer kit. "From the point of view of the engineers, we all assumed — or at least hoped — that at some point it would open up to native app developers," said Evan Doll, who helped write the original iPhone software before leaving Apple to co-found Flipboard. "We didn't know what the business implications would be. We just all thought it would be really cool for there to be a whole variety of native apps on the platform."

Apple engineers played around with making their own little apps and games; Doll remembers a co-worker building one called Sasquatch Finder in which the player tried to spot a monster lurking in a forest. "People were making these goofy little one-off apps internally that hinted at the fun and the variety and the insanity of what the App Store could be."

For his part, Jobs had encouraged developers to build web apps to be delivered through the mobile version of Safari. Web apps work across platforms, update automatically, and don't require an army of monitors reviewing every app for inappropriate content. Addressing developers at MacWorld 2007, Jobs played up the benefits of coding in HTML and AJAX. "Guess what? There’s no SDK that you need!" he said. "You’ve got everything you need if you know how to write apps using the most modern web standards to write amazing apps for the iPhone today." (Not everyone was so sure; Daring Fireball’s John Gruber famously called the web app approach "a shit sandwich", and developers who shared that view quickly began hacking together native apps to run on jailbroken devices.)

On the desktop, the trend had been to deliver more and more services over the web; many believed the same trend would hold true on mobile devices. "It felt like the opposite of where everything else was going," said Aaron Levie, co-founder and CEO of Box, the enterprise storage and collaboration company. "I thought the future was going to be that iTunes was going to be a bunch of links to mobile websites. It was definitely hard to think about a world where we'd have to be building native applications again."

In part, that was because installing software on mobile devices had traditionally been a nightmare. Developers had to host the app themselves, find a place to sell it, then walk their customers through the installation. Few bothered. But nine months after Jobs had told developers to build for the mobile web, Apple reversed course, announcing an SDK for iPhone. Apple's inspired touch was to place the App Store directly on the phone, letting people discover and purchase apps with a couple of taps using a credit card that was already tied to their account.

"But had Apple not integrated the App Store into the device, I don't think we would have gone into the business."

Igor Pušenjak was doing freelance web development and teaching design when the iPhone SDK was announced. He and his brother collaborated on a $0.99 app that re-created the experience of popping bubble wrap, and it earned enough money to fund the development of more apps. One of those apps, a game called Doodle Jump, has now been downloaded more than 100 million times across all platforms. "People forget — you could install apps on a Palm Pilot and on Windows Mobile," Pušenjak said. "But had Apple not integrated the App Store into the device, I don't think we would have gone into the business. The whole genius was it was on the device. They made it easy for developers to publish their content and actually get people to buy it."

The bigger the App Store has grown, the more controversy it has courted. Almost from the beginning, Apple faced scrutiny over its continually changing, sometimes opaque guidelines for submission. In 2010, the company blocked a Pulitzer Prize-winning cartoonist's app from the store, on the grounds that it "ridicules public figures"; after an outcry, Apple backed down. Later, The Wall Street Journal found that dozens of apps transmit data without a user's knowledge or awareness. This year, the company agreed to a $100 million settlement after parents alleged the company had made it too easy for their children to rack up hundreds of dollars in in-app purchases without their consent.

Developers are quick to praise the App Store in public, but they also grumble about features it lacks that have been added by competing marketplaces: trial purchases, paid upgrades, and a way to respond to scathing reviews left on their apps, among others. And some venture capitalists say success in the App Store may be getting harder to come by. "We've gone from hundreds of applications to hundreds of thousands of applications, but that home screen on the iPhone only went from 20 slots to 24 slots," said Chi-Hua Chien, partner at Kleiner Perkins Caufield and Byer. "Think about that screen real estate as beachfront property — the beach isn't getting that much bigger, and there are a lot more people competing for that property."

Chien helps manage Kleiner Perkins' $200 million iFund, which has invested in mobile-focused companies including Twitter, Spotify, and Flipboard. He expects that plenty more innovation will be coming to the App Store and its peers. "We're still early in this evolution," he said. "The app store is a paradigm that is superior to the mobile web, and it's here to stay."