Share All sharing options for: Killing time with lasers: new atomic clock could 'redefine the second'

A laser-based atomic clock may soon change the way we measure time. A team of physicists led by Jerome Lodewyck of the Paris Observatory has successfully demonstrated that their optical lattice clock is accurate to within one second every 300 million years, providing the precision needed for it to one day "redefine the second."

Atomic clocks, called caesium fountains (which have kept us on time for over 50 years), use microwaves to vibrate caesium atoms. The clock is currently used to define a second in the International System of Units. While microwave radiation has a frequency of around 10GHz, the optical lattice clock uses laser beams with a frequency tens of thousands of times higher to oscillate strontium atoms, making it three times more precise than its rival. Researchers ran two of the laser-based lattice clocks in parallel and found that they remained perfectly in sync, something they must prove in order for it to be widely adopted. 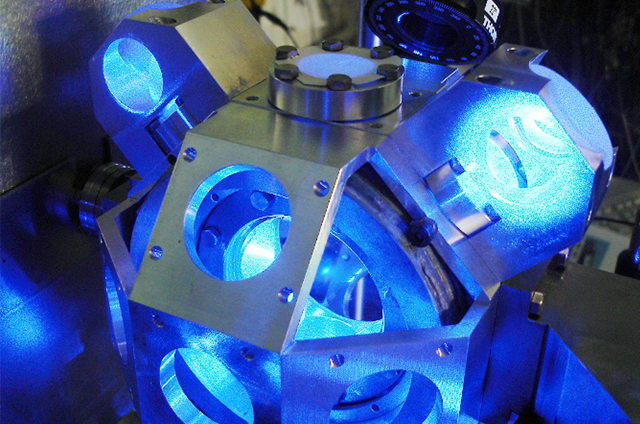 Lodewyck's tests help prove the accuracy and stability of the optical lattice clock, which is seen as the time-measuring device of the future. However, the battle to redefine the second is far from over; physicists at the US National Institutes of Standards and Technology (NIST) in Colorado are developing an aluminum ion clock that is accurate to within one second every 3.7 billion years — although it is not yet stable enough for widespread use. If the lattice clock becomes the new guideline, its increased accuracy could help researchers better track nature's changes over time (including the rise and fall of sea levels) and even assist physicists in measuring Einstein's theory of general relativity.