Apple could be in court a long time on ebook case

Share All sharing options for: Apple could be in court a long time on ebook case

For weeks, Apple's supporters have predicted that if the company was found to have conspired to fix ebook prices, it would hurt consumers as well as online retailers. Today US district judge Denise Cote found Apple liable for antitrust violations, and critics of the decision say the way is clear for Amazon, the largest ebook retailer, to discount at will and drive out competition. They also predict that merchants will think twice about even phoning suppliers for fear of being accused of price fixing, and this will hurt their ability to negotiate.

All we know for certain is that a federal court has ruled that it is illegal for a retailer to help its suppliers fix prices, and as a result ebook buyers, who the government claims were overcharged, stand to have money returned to them. We also know that, depending on the outcome of Apple's appeal, 33 states and in several class action lawsuits may now start chomping at the bit for their chance to collect money from the tech giant.

David Balto, a former policy director for the Federal Trade Commission, applauded Cote. "Apple's conduct threatened to stifle competition," Balto told The Verge. "Apple would have used the same tactics in other markets. The judge's decision was critical to keeping the market open and fair."

"The judge's decision was critical to keeping the market open and fair." Last year the Department of Justice accused Apple of helping five of the country's six largest book publishers exchange information so that each would know that the other would respect the agreed-upon ebook prices. In court last month, DOJ attorneys Mark Ryan (in the photo below) and Lawrence Buterman skillfully laid out a mass amount of evidence to show Judge Cote that as the book publishers conspired to fix prices, Apple executives directed traffic. Apple argued that it shared information with publishers as part of a very common negotiating tactic meant to play one publisher off the other. Apple would try to entice publishers to sign a licensing agreement by telling them a rival had already cut a deal.

All five publishers settled with the government over the past year, and only Apple chose to fight the charges in court.

Using Apple's and the publishers' emails and internal documents, however, the attorneys illustrated how Apple herded the book publishers into switching business models, allowing them to control ebook retail prices instead of merchants like Amazon. Balto said that had the judge let Apple off the hook, it would have opened the door for price fixers to beat antitrust laws by working through a third party. 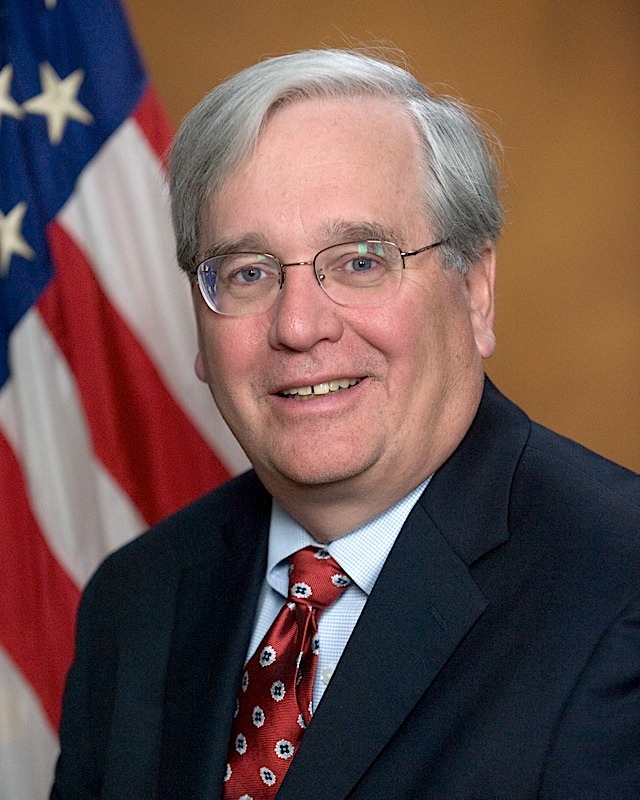 "I suspect no retailer will be afraid to do business as a result of the [court's] decision," Balto said. "Most of them already knew this conduct crossed the line. What it will do is compel companies to look carefully to make sure they're complying with antitrust law ... The Bush administration brought zero [antitrust] cases against significant companies like Apple. The Obama administration has made a difference for consumers."

Apple, which continues to deny wrongdoing, says it will appeal. If Apple loses that, then there will be a trial to determine damages. After the federal government, the 33 state attorneys general who filed suit against Apple and the publishers, will be able to sue for monetary damages. Apple could be in court on this case for a long time.

"This is a welcome decision for consumers," said Connecticut Attorney General George Jepsen. "As we move into the next phase of this trial, we will continue to aggressively seek compensation for those who have been injured by this conspiracy.”

"There's a much bigger question about the health and competition in the book market." The states have already collected $164 million from their settlements with the defendant publishers. Because Apple lost in court, the states have the right to ask for treble damages but will first try to figure out how many books were sold in order to decide just how much consumers lost as a result of the conspiracy. In addition, there are several class-action suits that will also seek a share of the profit. If you have purchased an ebook since 2010, you might be entitled to some money, although how money collected by states and class-action lawyers will be distributed is unclear.

Some on the publishing side say that the decision hasn't corrected all the problems with ebooks. By going after Apple, and not Amazon, critics argue the DOJ missed the forest for the trees. Paul Aiken, executive director of the Authors Guild, noted the recent resignation of Barnes & Noble CEO William Lynch and cited the company's trouble competing in ebooks as a source of the bookseller's difficulties. "What about the marketplace, which seems to be in great danger now?" Aiken asked. "Amazon clearly dominates publishing. Look, Borders is no longer around and the news yesterday about Barnes & Noble isn't good. So, there's a much bigger question about the health and competition in the book market that this decision doesn't really address."