It's not about cost, it's about conspiracy

Earlier today, a federal court found that Apple had violated antitrust laws, colluding with publishers to drive ebook prices higher and break Amazon’s hold on the market. On its face, the case involves publishers making decisions that favored their interests over consumers, most particularly the imposition of an "agency model" that lets publishers, not retailers, set book prices.

The cost of ebooks is what’s on everyone’s mind. Behind it all, though, is a decision that has nothing to do with pricing schemes and everything to do with a series of backroom deals and suspicious phone calls. Things that were banned in the publishers’ settlements, like most-favored-nation clauses that helped Apple or the agency model, could have been perfectly legal, said Judge Denise Cote. Negotiating with multiple publishers or sharing some details might also have been fine. But in this case, "the evidence taken as a whole paints quite a different picture — a clear portrait of a conscious commitment to cross a line and engage in illegal behavior."

"the evidence taken as a whole paints quite a different picture ... a conscious commitment to cross a line."

But while Apple clearly wasn’t directly competing with any publishing house, it could still be liable if it had been part of the scheme and helped to make it possible. To win its case, the Justice Department needed to first convince Cote that a price-fixing conspiracy between publishers existed, and then that Apple had been a "knowing participant" who facilitated the agreement.

Unfortunately for Apple, Cote decided that the Justice Department had proved its case on both counts. Evidence for a price-fixing conspiracy between publishers, she said, was "overwhelming," and there was "little dispute" that they had been collaborating with each other to raise prices on Amazon well ahead of Apple’s involvement. Before moving to the agency model in 2010, publishers "frequently coordinated their efforts to increase the pressure on Amazon" to stop its sale of $9.99 new releases on Kindle, with Big Six CEOs meeting in New York restaurants to talk strategy. 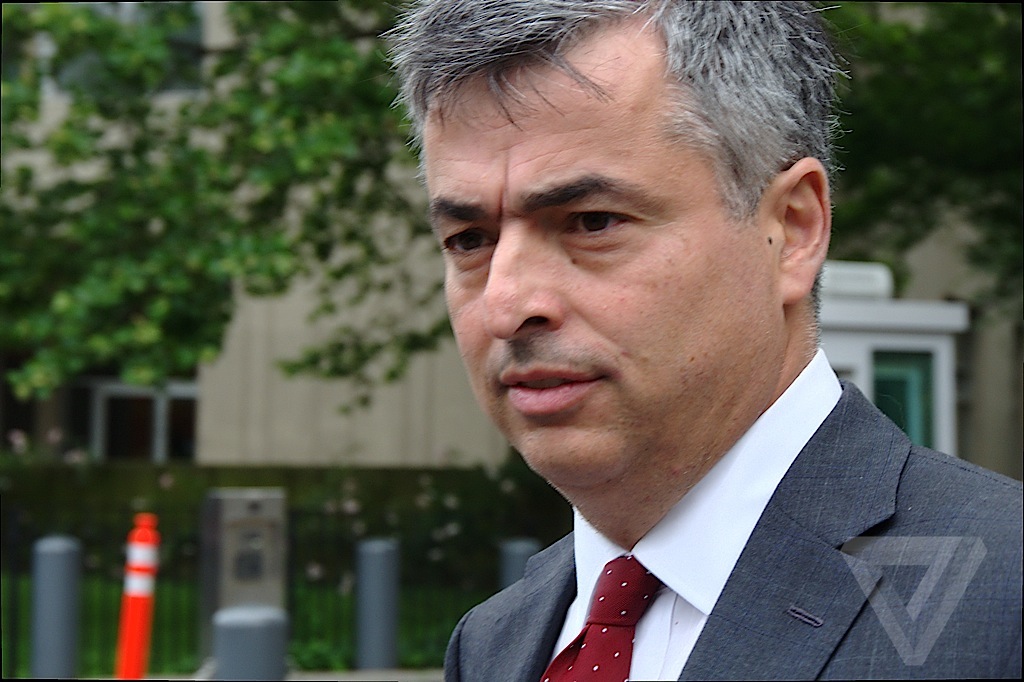 Cote determined, however, that these efforts were "futile" until Apple’s Eddy Cue came on the scene, looking to build an iBookstore for the first-generation iPad — and also to bolster Steve Jobs’ legacy. "Cue knew that Jobs was seriously ill and that this would be one of his last opportunities to bring to life one of Jobs’ visions and to demonstrate his devotion to the man who had given him the opportunity to help transform American culture," she wrote in the decision. Cue could give the publishers something they wanted badly: leverage against Amazon.

"This would be one of his last opportunities to bring to life one of Jobs’ visions."

The trial involved testimony from Cue and several executives at publishing houses, and Cote wrote that many witnesses were "less than forthcoming." But she said the documentary evidence strongly suggested Apple had been a key participant in a price-fixing conspiracy. "It is difficult for either Apple or the Publisher Defendants to deny that they worked together to achieve the twin aims of eliminating retail price competition and raising the prices for trade ebooks," she wrote. She singled out a statement by Penguin VP Tim McCall to illustrate the agreement: "Agency is anti-pricewar territory. We don’t need to compete with other publishers on the price of our books."

The price jumps were incontrovertible and sudden. Charts compiled by experts from both publishers and Apple showed a marked increase in ebook prices across the board, and some hardcover books became more expensive, allegedly as an indirect effect. "There is evidence that, with the adoption of the agency model, as many as 20 percent of trade ebooks became more expensive for consumers than their physical counterpart," said the judge.

Evidence showed that Apple and the publishers had made an open secret of their negotiations. On the publishing side, the CEOs of Simon & Schuster, HarperCollins, and Hachette "exchanged at least five telephone calls on December 10th and 11th alone. These calls among the Publisher Defendants’ CEOs would continue and intensify at critical moments during the course of the Publishers’ ensuing negotiations with Apple." When HarperCollins pushed back against Apple’s agreement, Steve Jobs called parent company News Corp’s James Murdoch and sent him an email, laying out the benefits of switching to agency pricing. Cue later followed up: "I wanted to let you know that we have 4 publishers completed so it is real [sic] shame" to not have a HarperCollins agreement, he wrote.

Cue apparently continued his involvement later, helping Macmillan CEO John Sargent negotiate an agency deal with Amazon the night after the retailer indicated it was willing to bargain. In court, Cue admitted the two had spoken, but he denied the conversation was about Amazon negotiations — something the court found "not credible."

"They knew they were coordinating their efforts to raise the ebook prices."

Apple argued that CEOs discussing negotiations wasn’t necessarily incriminating, which Cote said was outside the focus of the case. She asserted that during the trial, the publishers denied discussing the Apple agreement with each other "in the face of overwhelming evidence to the contrary," something that "strongly supports a finding of consciousness of guilt. They knew they were coordinating their efforts to raise the ebook prices and jointly confront Amazon, and have tried to hide that fact." There was also an obvious motive for both Apple and the publishers to team up against Amazon, which factored into the decision.

Apple’s defense proved less than compelling. Cote said that Apple had "abandoned" its early arguments and misread a key legal decision in its defense. The company pointed out the beneficial effects of the deal, but "Apple’s desire to create a profitable iBookstore on a superior e-reader does not obliterate the abundant record evidence that Apple made a commitment to act as the Publisher Defendants’ partner in raising ebook prices." Jobs’ statements were found particularly incriminating: he’d suggested that Amazon would be raising its prices soon after the iBookstore’s launch and told James Murdoch that Apple could help create a market for more expensive ebooks. "Apple," Cote said, "could find no effective way at trial to escape the import of Jobs’ remarks."