As an art and design director for glossy titles like Complex and Wired, Tim Leong had to craft magazine covers that caught people's eye while simultaneously conveying a wealth of information. For inspiration, he often drew on comic books, whose bold colors and story panels had captivated him since childhood. In 2005 he started the website Comic Foundry as a resource for comic-industry lovers, eventually spinning it up into its own quarterly magazine. For his first book, Super Graphic, due out this August from Chronicle Books, Leong has combined the two forms again, crafting a joyous smorgasbord of comic book data that mashes up super hero stats with graphic design chic. The Verge chatted with Leong about his favorite titles and where he found all the granular details on Marvel's finest.

I’ve been a comic fan since I was a kid. It started with Superman and evolved over time. They have always been a big part of my life. I was a big X-Men guy. I was really sucked into the Jim Lee re-launch of the X-Men in the '90s, that was my jam.

Where did you get the crazy information in this book? I had now idea, for example, that Kingpin weighed 450 pounds. Or like, how did you find out Dr. Octopus is the villain with the worst win / loss record?

I collected the Marvel Universe cards like a fiend. I have the complete set of all the first four series. They were amazing because they provided all this raw data you couldn’t find in the books. Doctor Strange is 6 foot 2, who knew! The hard part about this whole book was that comic books have been around forever, but records are poorly kept. So I definitely remembered the cards when it came to gathering a good data set. The statistical win–loss percentage, that came from the cards. 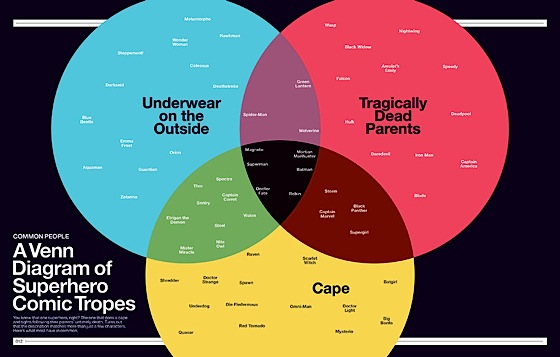 The hard thing about comic books, when it comes to presenting accurate data, is that there are alternate universes. How did you approach that problem?

This project is hopefully for people that are hardcore comic book aficionados and people who have never read one before. I didn’t want to get too deep into alternate universes. I wanted to generalize it. My thought process was that if it happened, it happened. With comic fans, and I count myself as one of them, we are quite an obsessive bunch. Not everyone is going to be happy with the editorial decisions here. No matter what I chose to include or leave out, someone would have been upset.

I’m trying to present the information so it makes sense to anyone who picks this up. My fiancee is not a comic book reader, and so she was a good litmus test. If I try and explain the multiverse, and it makes sense to her, then I’m getting somewhere.

Do you consider yourself a collector?

I wouldn’t say I’m a collector. I would save up my allowance and my dad would take me to the store. I still have them all in an attic at my parents' house. I certainly have some that are still pristine in bags and boards, but now it’s actually just about the content. 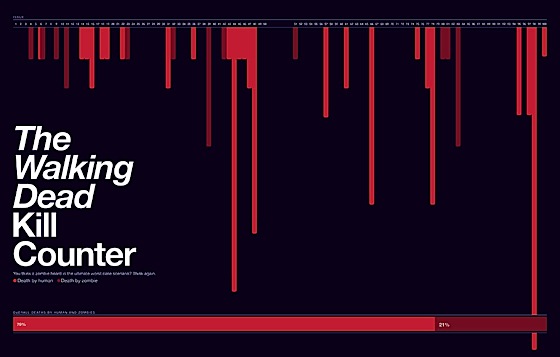 Was there anything you took from comic books that informed your work as a graphic designer?

Yeah, especially when working on magazine covers. I would go back and look at my favorite comic books, the ones that were iconic to me. The hard thing with magazines is you have to actually make it happen: you need a person, and the right lighting, and the right makeup. With a comic you are creating everything yourself, and so it’s easier to create these kind of lasting, iconic images, and I would look to them for inspiration on composition and color. 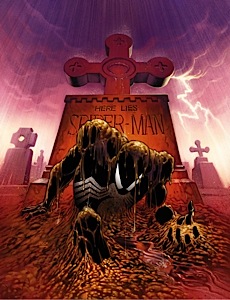 Is there a particular cover that inspired you?

The one that always jumps out at me is Spider Man: Kraven’s Last Hunt — Spider Man is coming out of the grave and it’s raining and muddy, it’s such a visceral image. That is always one that popped into my mind.

What was a really strange statistic you came across?

One thing I learned that I thought was interesting is that we think of Stan Lee as this genius writer that co-created so many of today’s legendary characters. I knew that before his superheroes really took off he was writing romance and western comics, but I had no idea to what extent. Stan Lee wrote more than four times as many issues of Millie the Model than he did X-Men. And six times as many issues of The Rawhide Kid than he did The Hulk. Which takes nothing away from the books he co-created, but helps put his pre-superhero career into perspective.

What do you make of the way comic books have crossed over into the mainstream over the last couple years?

I think three of the top five grossing films of all time are now comic book films. And they all came out in the last five or six years. The fact that people in the mainstream know who Green Lantern and Iron Man are, that was inconceivable 10 years ago. That is just amazing. So I think that it’s great that people are being exposed to these characters.

Are you a fan of the digital adaptations of comic books?

I like that people are thinking about the digital medium. When they first started doing it, they were taking a print comic and making it move, kind of as an afterthought. Now I think with Marvel Infinite comics they pre-plan, get extra art, and work towards this more animated style. A comic book is a piece of paper with a bunch of panels. The overall shape is vertical. On a tablet device it can be vertical or horizontal. Does it make sense to have a page of panels? Or is it better to have one panel at a time that you can swipe through? I’m glad they are exploring this, pushing things in terms of storytelling.

More from 5 Minutes on The Verge