Reddit is well known for its "random acts of pizza," but the latest act of generosity from its community left one hospital overwhelmed with deliveries. On Saturday, as originally reported by The Daily Dot, a Reddit user posted a photo of a message taped to a window of the Los Angeles Children's Hospital that asked the world to "send pizza to room 4112" — a plea that quickly reached the site's front page. In response, members of the Reddit community sent more than 20 boxes of pizza to the hospital, giving Hazel Hammersley, a 2-year-old cancer patient, an unexpected pizza party with other children and nurses. In a blog post, Hazel's family says that "we have been absolutely humbled and surprised by the outpouring of love and support from the online community," and hopes that the generosity will extend to support for childhood cancer awareness. 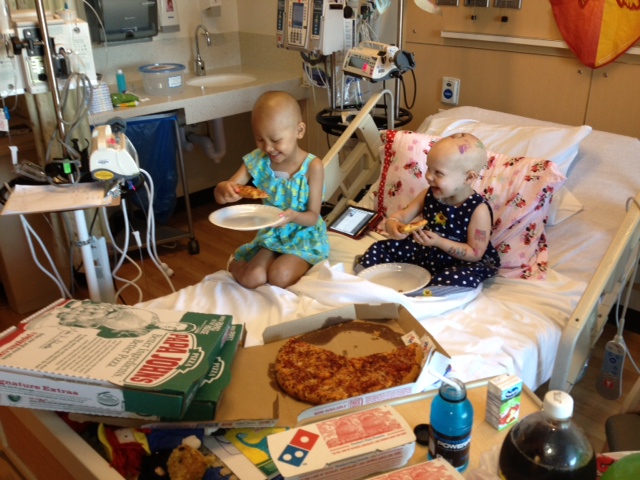 After receiving the flood of pizza deliveries from Redditors, the hospital released a statement titled "Pizza no longer needed in room 4112," thanking Reddit users for their compassion while emphatically informing the internet in all-caps that "NO MORE PIZZA IS NEEDED."