Following Google's proposal to separate promoted links from native search results in a bid to end an EU antitrust investigation, the European Commission has said the search giant's solution is "not enough to overcome [its] concerns," and has pressed the company to find better alternatives. The comments come from European Competition Commissioner Joaquin Almunia, who also said that he had written a letter to Google's executive chairman Eric Schmidt requesting that the company improve its offer.

In April, Google proposed to separate promotional links from default search results by using frames or other "clear graphical features." The company also said it would commit to displaying links to three rival search services that offer similar features to its own, over a period of five years. For example, for devices with screen sizes of less than 9.7 inches or a resolution of less than 1024 x 768 pixels, it vowed to make rival links available via a dedicated link. 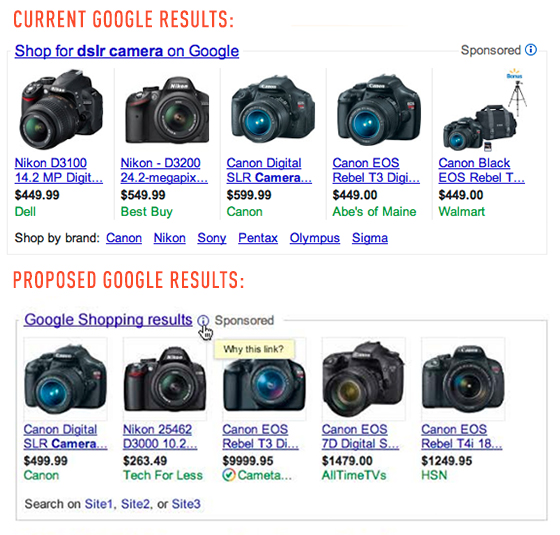 Google has been closely monitored by FairSearch, a group of organizations that include Microsoft and Nokia, which has sought to "remedy Google’s abuse of dominance" with its search engine. Earlier today, Fairsearch Europe released a statement condemning Google's measures, noting that they would "attract the vast majority of searchers to the company's own products, and discourage them from visiting rivals." We have contacted Google for comment and will update the article accordingly.

Update: Google has issued a statement in response to Almunia's comments: "Our proposal to the European Commission clearly addresses their four areas of concern. We continue to work with the Commission to settle this case."