The Speakers: how two people became the voice of 110 airports and the NYC subway

Share All sharing options for: The Speakers: how two people became the voice of 110 airports and the NYC subway

Airports trigger anxiety. Subway systems cause paranoia. We all know the statistics: it’s riskier to get in your car than it is to board an aircraft or take a train. But our collective memories of bombings, hijackings, and poison gas attacks often turn public spaces of transport into psychic mine fields. Stuck in limbo between the here and there, pushing through a crush of strangers, we are totally vulnerable and alone. Except we’re not. There’s always the voice.

You know, the one that tells us that “smoking inside the terminal is prohibited,” and that “unattended baggage will be removed immediately,” and that “the next stop is Times Square.” It’s sort of irritating, yet something to cling to, as familiar and pervasive as the smell of Cinnabon or axle grease.

It may surprise you to learn that these announcements are not only real people, but for the most part the same two people. They are Carolyn Hopkins and Jack Fox, two cheerful, church-going retirees who also happen to be longtime buddies.

The story of how they came to conquer the sound systems of the majority of major transportation centers across the country is groovier than you’d expect. It has roots in the music industry, and features a homespun business that was able to grow beyond its Southern roots and go global by capitalizing on a weird technological niche.

The next stop is Louisville, KY. 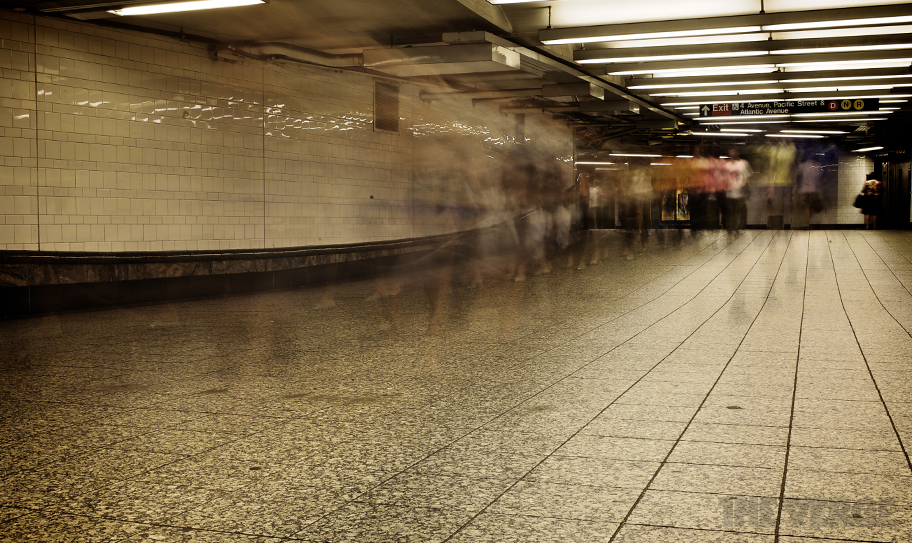 A conspiracy of voices

Conspiracy theorists will probably be delighted to learn that a smallish, 100 person company out of Louisville controls the announcement systems in just about every important public space in the United States. They do it for 110 airports including JFK, LAX, and Chicago O’Hare, all 26 buildings at the Capitol, the Mayo Clinic, the Kennedy Space Center, and the New York City subway system, just to name a handful. (The NYC MTA has a host of other voices for specific platform announcements; for instance, Charlie Pellett says, "stand clear of the closing doors.") They also work worldwide, from China to Iceland and everywhere in between.

"Conspiracy theorists will be delighted to learn a small Louisville company controls most US announcement systems." 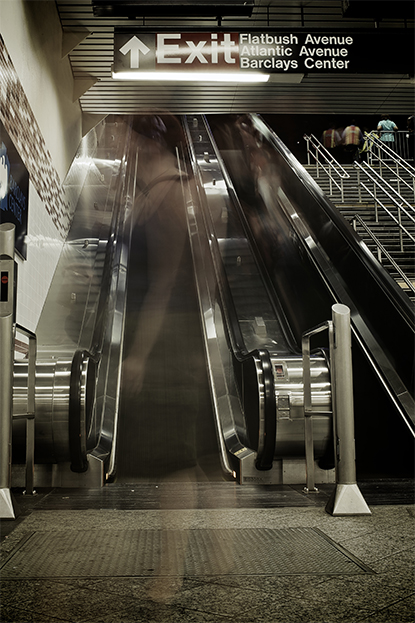 The company responsible for the voices, IED, short for Innovative Electronic Designs, is the preeminent supplier of what’s known as an automated paging system: networked, computer-controlled equipment that controls audio notifications for big complexes. Though competitors exist — Biamp, and QSC, for instance — IED is the main US player in this specialized sector. The company was founded in 1978, but its genesis really occurred in tandem with the birth of rock ‘n’ roll.

Though it never had the fame of Memphis, Detroit, or Muscle Shoals, Louisville, KY, where IED is based, was an important early meeting point for soul, R&B, and electric instruments. The city nurtured popular touring bands like the Sultans and artists like Wilson Pickett. Louisville was also home to Harvey Fuqua, The Moonglows’ bandleader, who would later go on to help found Motown records and serve as Marvin Gaye’s mentor. IED’s co-founder, Hardy Martin, was a fixture in the scene, playing guitar in a band called The Carnations.

But he also had a head for business: Martin formed part of a music-booking agency, Triangle Talent, that worked with major bands in the area. It was there that he began to pick up engineering skills.

“I started out building sound and lighting equipment for The Carnations, then different bands that Triangle Talent handled,” says Martin.

Martin and his partner Ray Allen also started Allen-Martin Productions, a recording studio that at one time employed Bill Porter, one of the creators of the Nashville Sound. The studio later branched out into commercial and video work.

“The first job I had with Allen-Martin was to write the lyrics and the music for a jingle for a hot rod supplier called Big Red,” remembers Carolyn Hopkins, the female voice of IED. She had already been working with Triangle Talent as the lead singer of a regional touring soul band called the Chaparrals, and before that, in radio as a producer. The Chaparrals had a full horn section, sounded a bit like Earth, Wind & Fire, and played in full evening attire: gowns, tuxes. “Absolutely excruciating in hot, Kentucky weather,” says Hopkins. 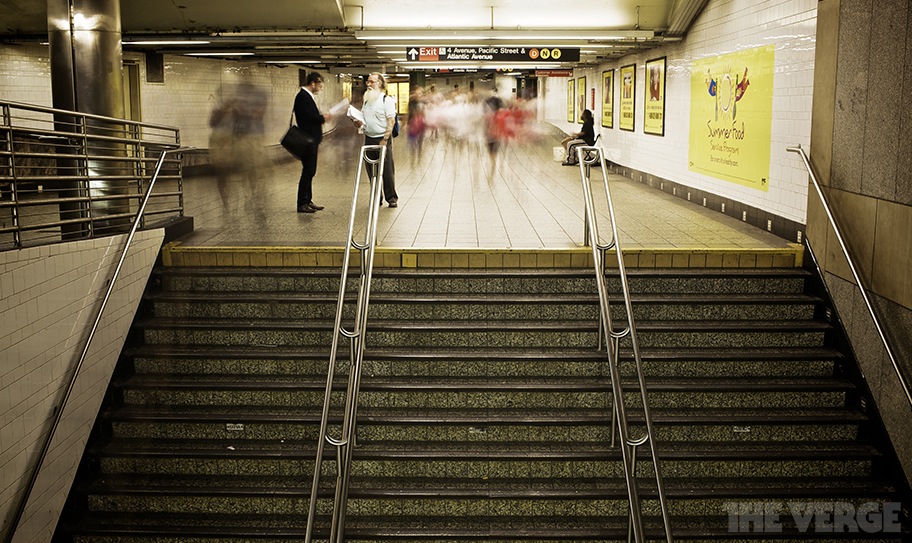 When Martin and three other partners started IED, they chose Hopkins as one of their first voices. It was for the Typhoon Lagoon attraction at Disney World at Florida in 1989.

Hopkins’ voice isn’t what you’d expect from a paging system. It’s neither robotic, nor elegant and actressy, but rather, mirthful and folksy.

“They said, ‘Can you do a certain voice?’” Hopkins, now 64, remembers. “They wanted a very happy smiling voice! And I tried it.” The gig continued, and Hopkins was called back every time they created a new system.

Her voice is neither robotic, nor elegant and actressy, but rather, mirthful and folksy

Jack Fox was a local radio personality who had spent his entire career traveling around the country working as a DJ at various adult contemporary stations before landing in Louisville in 1974. He has a classic booming, old-timey announcer sound, has done extensive voice-over and commercial work, and has recorded over 1,000 talking books for the blind.

In 1991, after the Gulf War broke out, he was tapped by IED. It was the beginning of tighter airport security, and Fox sounded strong.

“They needed a male voice that was friendly yet authoritative,” says Fox.

Typically, when a client needs a system built and hires IED, the voice actors are given very specific scripts as Word or Excel files. The actors then record them, and the files are uploaded to the computerized notification system that’s constructed for the building complex in question.

“I usually record a plethora of items for transit authorities — lots of options and variations. They don’t change too often, but usually they are needed yesterday when I do get them. It’s either feast or famine with numbers of takes needed,” says Hopkins. 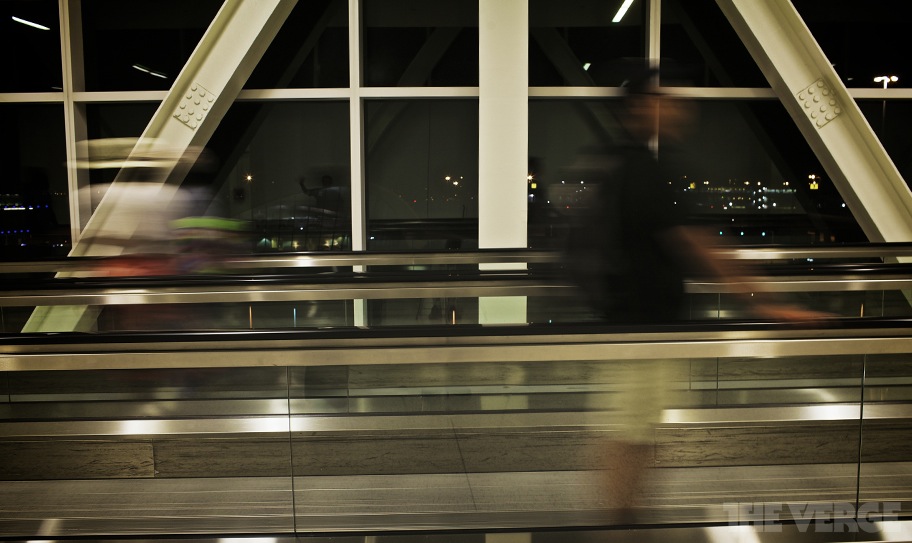 Fox and Hopkins are old friends. And they’re both somewhat matter-of-fact about their omnipresence in transport stations the world over.

“Sometimes it can be strange, because I’ll be traveling somewhere, and forget I’d recorded something, and suddenly hear my voice,” says Hopkins, who recently retired to Maine with her husband, but still records for IED from her home.

I’ll be traveling somewhere, and forget I’d recorded something, and suddenly hear my voice

Listen to how Jack Fox started his voice recording career

Once she was on a moving sidewalk late at night, and there was a guy taking up both sides with his baggage, the way you’re not supposed to. She sidled up behind him and tried to duplicate her own voice, which was playing on the intercom.

If they get recognized, it usually only happens while they are at the airport themselves. Fox says he was renting a car at the terminal once, and the agent said, “You sound like that guy!” Then there was the time he was traveling with his granddaughter: “She got this puzzled look on her face and said: ‘Why is grandpa talking so much?’”

Hopkins, Fox, and Martin all have an informality and warmth that seems at odds with the environments their respective technology and voices inhabit. In the case of Hopkins and Fox, they view their work, quite literally, as a public service. They talk about how they hope that they can provide some mellowness to an otherwise stressful experiences.

“I picture someone standing on a moving sidewalk and I’m talking to that person with a friendly quality to my voice, so it won’t be so cold and sterile.” says Fox. “My father was a minister, and I think of this as my airport ministry.”

Clearly, although their rock and radio days are behind them, they’re now programming the travel’s soundtrack to have a little soul.