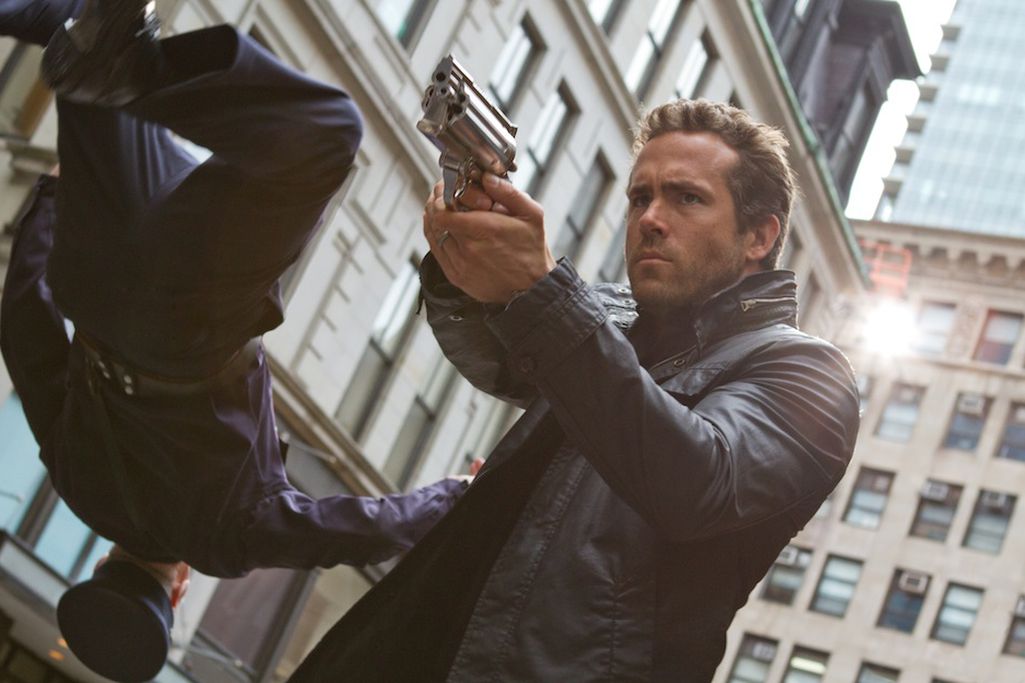 It’s weird, watching the opening scenes of a movie knowing the protagonist is about to die. It’s even weirder when he’s already dead. Yet that’s how R.I.P.D opens, with Nick Walker, played by Ryan Reynolds, explaining as a very large man leaps over his head that he’s going to tell us how he died, and why being dead involves having a very large man leap over your head.

The “how he died” part of the story doesn’t take long to get to. Nick, a Boston cop, finds himself in the midst of a warehouse firefight while chasing a druglord, and he’s shot about a dozen times by a supposed friend. The scene is gorgeous action porn; director Robert Schwentke proved with Red that he can do action, and the scene is a hair-raising mix of video-game slow motion and jump cuts through hails of bullets. But from the moment Nick falls, hitting the ground headfirst, everything stops. First intentionally — Nick finds himself wandering through a freeze-frame of the last moment of his life — then because the movie never finds its footing again.

The plot is simple, which is to say there isn’t really one. Nick is given the choice between judgement, which Mary Louise Parker’s Proctor warns him might not go so well — Nick made one very small, very noble bad decision after stumbling on a pile of gold in a previous bust, and apparently he’s now heading straight to hell — and spending 100 years in the R.I.P.D. It’s one part purgatory, four parts 1960s-era detective agency. He accepts the job and begins hunting down "deados," dead people who slipped through the cracks of the eternal justice system and remained on earth. ("150,000 people die every day," Proctor tells him. "The system’s not built to handle that kind of volume.") These deados look like normal people, except they leave a trail of dead plants and flickering lights in their wake, and they turn into huge, hideous monsters when confronted with cumin. I can’t explain any part of that. Something about "soul stink."

Nothing about the deados makes any sense

Nick’s job is to arrest the deados and bring them back to prison (by teleporting through toilets). But more often it’s just to shoot them in the head with a bullet that conveniently kills deados but is completely invisible to everyone else. There are many such workarounds in the movie, like the "spiritual deodorant" that masks the bad guy until the very end. Convenient. And convenient that he’s the only one who figured it out, apparently, or else there’d be no one else’s trail of dead plants for our heroes to follow.

Both story and movie spiral completely out of control over about 10 minutes, as Nick and his partner Roy Pulsifer, a 19th-century cowboy played by Jeff Bridges, are suspended from the force right as an ancient relic brings the dead back to life and the situation becomes truly apocalyptic. It only gets more obvious from there, until the movie just… ends. There’s a love story in there somewhere, between Nick and his wife Julia, played by Stephanie Szostak in such a monotone that she neither appears to be moved by her husband’s death nor the events that follow. But that story, as with Roy and Mary Louise Parker’s Proctor, feels simply thrown in because every movie’s supposed to have a love story, right?

In both spirit and plot, R.I.P.D is a mix of Ghostbusters — good guys coming to take down the evil among us — and Men in Black, but screenwriters Phil Hay and Matt Manfredi, who previously wrote Clash of the Titans and Aeon Flux together, failed to learn from or emulate any of what makes those movies work. The screenplay has but one consistent source of comedy — the fact that Reynolds’ and Bridges’ real-world avatars are an old Asian man and an astoundingly beautiful woman played by a mostly silent Marisa Miller (a supermodel not exactly known for her acting chops).

The movie comes back to the "joke" again and again, hoping Bridges’ cowboy rantings and old-timey sayings are funnier coming from a knockout. They’re not. Nor does the fact that Reynolds is a tiny Asian man holding a banana instead of a gun mask his too-serious, sullen character who spends too much time missing his wife to have any actual fun. A fun, joking, goofy cop in the first few moments (shades of Will Smith in Men in Black), he dies and is apparently sentenced to be the boring, all-too-straight man to Bridges’ Civil War lawman.

The weak premise and weaker execution ruin what is otherwise a technically fantastic movie. Director of photography Alfred H. Kuchler destroys Boston in a way both believable and breathtaking, and the man-to-monster transformations are spectacularly gruesome. Even 3D is used effectively, adding depth and immersion with just the right sprinkling of fat guys leaping out of the screen and onto your lap. But from Bridges’ ridiculous yeehawin’ and coyote-hating to Kevin Bacon’s unconvincing good cop / bad guy impression, the movie looks far better than it plays. 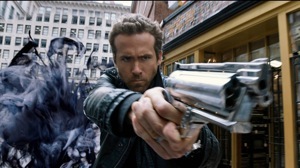 I love Men in Black, and I love Ghostbusters. Both movies give funny characters space to be funny, and develop their relationships and backstories — the ridiculously apocalyptic plots are firmly secondary to their hijinks. I even sort of love the premise of R.I.P.D, which is based on Peter M. Lenkov’s comic Rest in Peace Department. But unlike Will Smith’s giddy, eye-rolling romp through a pest-infested New York or Bill Murray’s goofy catchphrases as he sucks ghosts into his vacuum, R.I.P.D lets no one have fun, is funny far too sparingly, and substitutes big-name actors and awesome special effects for anything resembling a story.

It's not a buddy-cop movie, or an action flick, or a comedy

It’s not a buddy-cop movie — Nick and Roy inexplicably hate each other, then love each other, then hate each other, then end up somewhere in the middle — nor is it an action movie. It’s just one vaguely funny joke told for 98 minutes, for nearly all of which I wished I’d been in the next theater watching Pacific Rim. Or The Conjuring. Or hey, are they re-releasing Men in Black anytime soon?