Share All sharing options for: 'Breaking Bad: Alchemy' brings drugs, death, and underwear to the iPad

With the second half of Breaking Bad's final season set to start next month after a hiatus of almost a year, Sony Pictures Television has released an interactive ebook that serves as a solid refresher. Alongside the expected recap of plot points and players, Breaking Bad: Alchemy features interviews and information on some of the show's most esoteric and recognizable elements such as its time-lapse photography, signature use of color, and trademark cinematographic techniques. 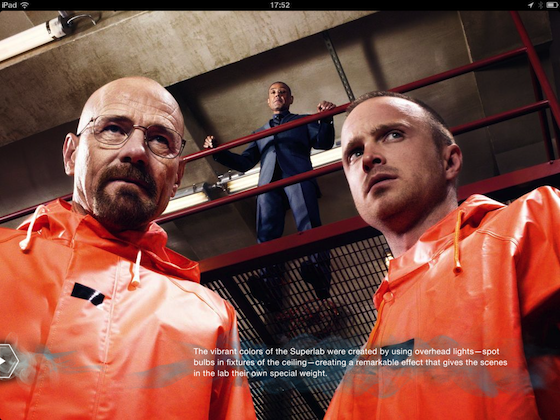 Also featured are explanations of the science and chemicals used throughout the show, explorations of its themes, and — what else — a fully rotatable 3D model of Walter White's iconic underpants. If you're a dedicated Breaking Bad fan, or a newcomer looking to catch up ahead of the show's inevitably dramatic climax, you may find the $7.99 on Apple's iBookstore money well spent.