Private companies plan to put telescope on the Moon

Share All sharing options for: Private companies plan to put telescope on the Moon

Soon, when you’re looking up at the moon at night, people could very well be looking back down at you. A partnership between two private companies plans to install a long-range telescope there as early as 2016, perching it atop the rim of a crater three miles above the surface near the moon’s south pole. The telescope is called the International Lunar Observatory, and with its 2-meter dish antenna, it aims both to give us some heretofore unseen views of the universe and help democratize astrophysics along the way.

The two companies are Moon Express, Inc. — a contender for the $30 million Google Lunar Xprize to land a robot on the moon, and the International Lunar Observatory Association — a nonprofit working to establish a permanent presence there. As it stands, the plan is to bring a precursor to the telescope, a shoebox-sized device called ILO-X (pictured below), to the moon in 2015, before embarking on the mission to its South Pole with the real deal as early as the following year. 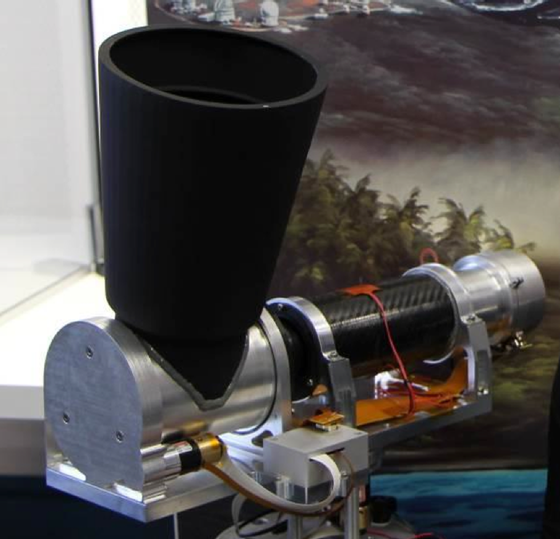 A new model of "citizen science"

Both telescopes will be accessible to people over the internet, creating what Moon Express calls "a new model of ‘citizen science.’" One of the benefits of placing the final telescope, called ILO-1, so high on a crater ridge on the moon’s south pole is to provide a constant vector for data transmission to and from Earth. Nevertheless, extremes of hot and cold, near weightlessness, and the difficulty in providing maintenance at the moon's south pole pose significant concerns.

Despite the message of democratizing science, the mission is also a commercial one, says Moon Express. If it goes ahead, the company plans to explore the South Pole of the Moon for minerals and water. As for whether there’s anything valuable enough to warrant sending back to Earth, that’s another matter. Wired writes that the whole mission will cost somewhere in the range of $100 million, which the companies hope national space agencies and astronomical centers will help fund.