One of the most impressive sound systems on the planet

No one knows that better than James Murphy, the frontman of sadly defunct LCD Soundsystem, who spent his 20s working as an audio engineer before getting distracted by becoming a rockstar. But Murphy's going back to his roots, working with mashup pioneers David and Stephen Dewaele — better known as Soulwax and 2manyDJs — to put together his dream sound-system for a three-night residency in Manchester named Despacio.

Despacio is Spanish for "slow," which the Dewaele brothers originally intended to use for a night in Ibiza playing records between 95 and 115 bpm. "We've really been into the concept of taking records and slowing them down on the turntables to produce this swampy, sexier effect," explains David. "When we moved it to Manchester we just stuck with it."

A huge 50,000-watt rig has been designed by the trio down to the very last detail, consisting of eight enormous 11-foot speaker stacks, positioned in a circle pointing at the audience in the center. It's been tuned for optimum sound quality, not maximum loudness. "The system is like a dinosaur, if dinosaurs had survived and evolved along with modern creatures," James says. 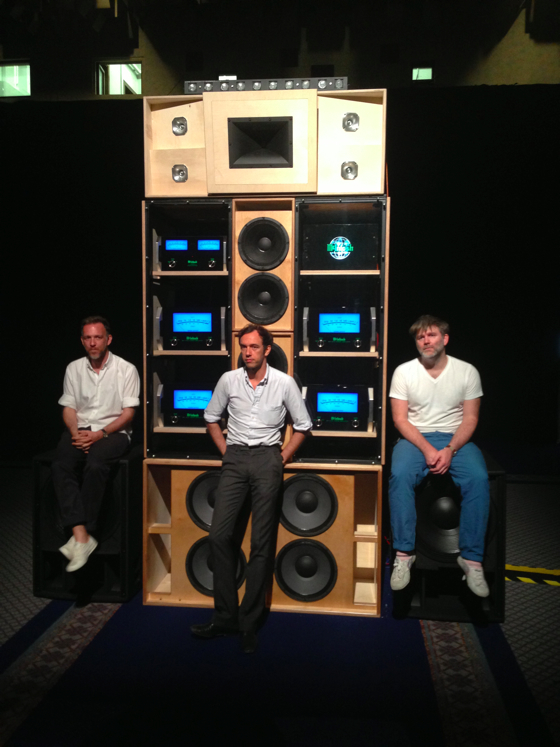 He explains: "The old disco systems were just sound systems, really. Big hi-fis, and similar in design to sound reinforcement systems, live systems, public address systems, and jamaican dub systems. Dub systems were the first to get really specific about large masses of people moving around to pre-recorded music. And then disco systems like the Paradise Garage system started using some of the hi-fi and dub techniques to make big noises."

"As time went on, smaller, more efficient boxes and drivers were built with minor compromises to the quality but massive advantages in size, power requirements, et cetera. Each time one of these small evolutions happened, there was another small compromise (in my mind) and eventually we wound up with the modern club system. That can range anywhere from a bunch of shit piled up and run in the red to make drunk people not hear other drunk people very clearly, all the way to the modern awesome-sounding club / dance PA rigs, which, to my old-dude ears sound totally sweet if you play modern dance music, but don't tend to reproduce ‘Hells Bells’ particularly satisfyingly."

Despacio, on the other hand, has been designed specifically to reproduce both modern dance music and "Hells Bells" as accurately as possible. To that end, the trio will only be playing vinyl through the system. "Vinyl sounds better," James says, simply, when quizzed why he's rejecting digital music. "Why do things the easy way?" asks Stephen.

Getting the components right is important, too. They've been supplied by McIntosh, an audio equipment company founded in 1949, just before the very first sound systems were beginning to take shape in Jamaica. Its heritage includes supplying amplifiers for the Woodstock festival in 1969, and creating the Grateful Dead's Wall of Sound. "Those amps are 'banuts,'" says James. "Which is a combination of bananas and nuts. All three of us have old Mcintosh amps in our studios and homes. We're longtime fans." David adds: "James is forgetting another very important reason: they look amazing! Those front plates with the blue VU meters are a design classic, and eight humongous stacks with the amps built in and the meters moving in unison will look better than most modern club lighting."

Once the three nights are complete, the system won't be dismantled. "We may eventually find a sacred space on a mystical island and build a shrine where it will live forever," says James. Stephen adds: "We'd love to do a US tour with the sound system, and we imagine that due to the sheer size and weight of the system, we will need three trucks like Emerson, Lake, and Palmer had. The flyer should be a helicopter shot of the three trucks driving on the turnpike saying MURPHY, DEWAELE and DEWAELE on the roof." 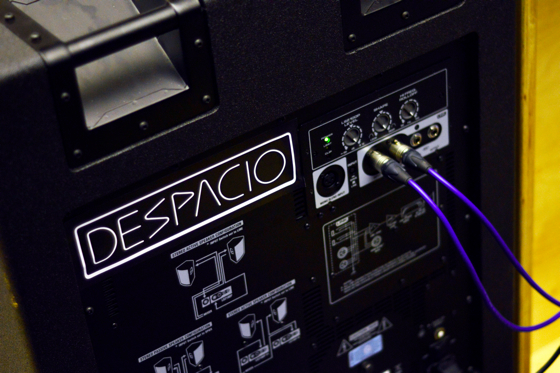 Of course, given the collective musical talent involved in the project and how often they've worked together in the past, it seems churlish not to ask if there might be some collaboration in their future. "We've been making some 'stuff' and 'things' together for fun over the past few years, but we haven't made any decisions about if / when / how to inflict these dubious mongrel creations onto the world," says James. "The truth is that we've made some amazing music together but ‘someone’ has been too ‘busy’ tasting wine and producing popular music, so none of it has been finished yet," David adds.

Despacio is running for three consecutive nights in the ballroom of New Century House during the Manchester International Festival, from July 18th to the 20th.