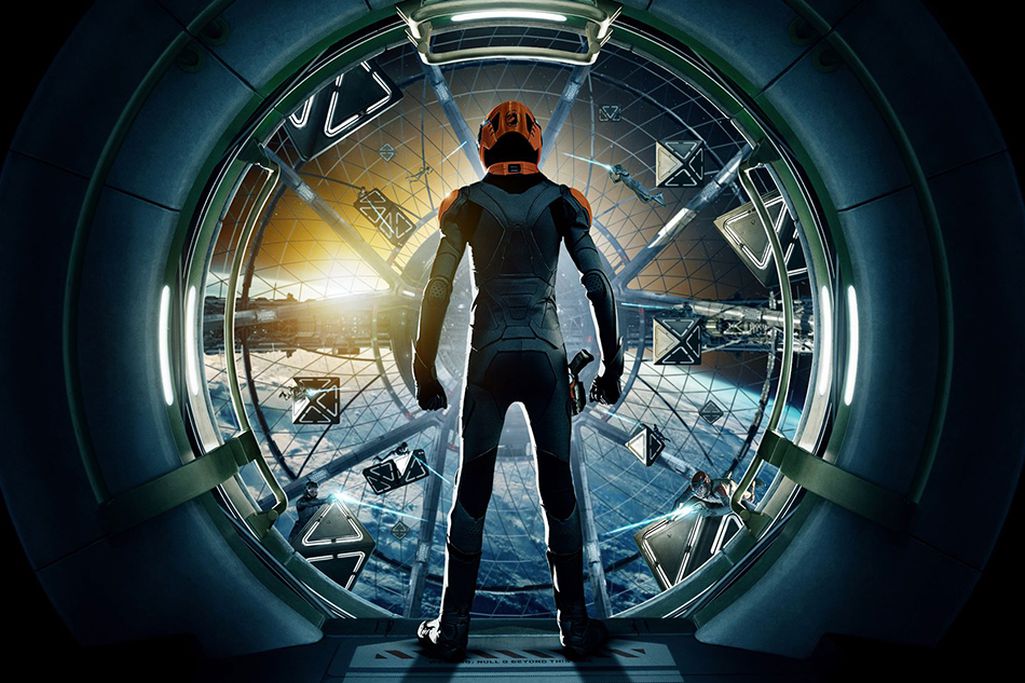 Here at the 2013 San Diego Comic-Con International, nothing gets more attention that science fiction and fantasy — and one of the projects that people are most excited about is the big-screen adaptation of Orson Scott Card’s classic Ender’s Game. First published in 1985, the novel has travelled a long, rocky road on its way to movie theaters, but the first trailers released earlier this year showed a beautifully rendered take on Card’s vision with high-profile talent like Harrison Ford and Sir Ben Kingsley.

Here at Con, we sat down with the film’s writer and director Gavin Hood (Tsotsi, X-Men Origins: Wolverine) and producer Roberto Orci (a prolific multi-hyphenate with credits like Star Trek Into Darkness and Fringe to his name). The topic was how they were able to finally bring Ender’s Game to the big screen, and the challenges of balancing flash and spectacle with the book’s deeper thematic questions.

People have tried to adapt Ender’s Game before but it never came to fruition. How did you both get involved?

Roberto Orci: I think OddLot [Entertainment] got the rights most recently, after everyone, and I think we both landed on it at the same time.

Gavin Hood: Pretty much. I think Warner Bros. had it for about seven years, but this was before us. We were blissfully ignorant, and then at some point I got a call from my agent saying, "You know, there’s this book called Ender’s Game; they’re looking for a writer. Want to take a meeting?"

What? I thought it was stuck at Warner Bros. with Joel [Silver]… So I took a meeting, and then at some point Bob was approached and then they put us together.

"You go, girl. That’s gonna be a challenge."

RO: They knew that I loved the book, and had been wondering about it for years, and then we got in a room together, and he’s like, "I’m gonna write it." And I was like, "You go, girl. That’s gonna be a challenge. Let’s see what happens there."

And when he wrote the script, I think that gave us all the confidence to know that this was actually maybe finally going to happen. And that made us go get the additional partners. You know, we went and got international partners to help us with the financing, we got Lionsgate involved, Summit. We met with [Summit Entertainment production head] Erik Feig, who actually — I think he didn’t know the book, particularly —

RO: — And then became a fan of it himself. So we just found that everyone we’d approach as we’d go around trying to put this movie together, there were so many people who had fond memories of the material that we were able to, kind of, it took a village to put it together and that’s what we did. 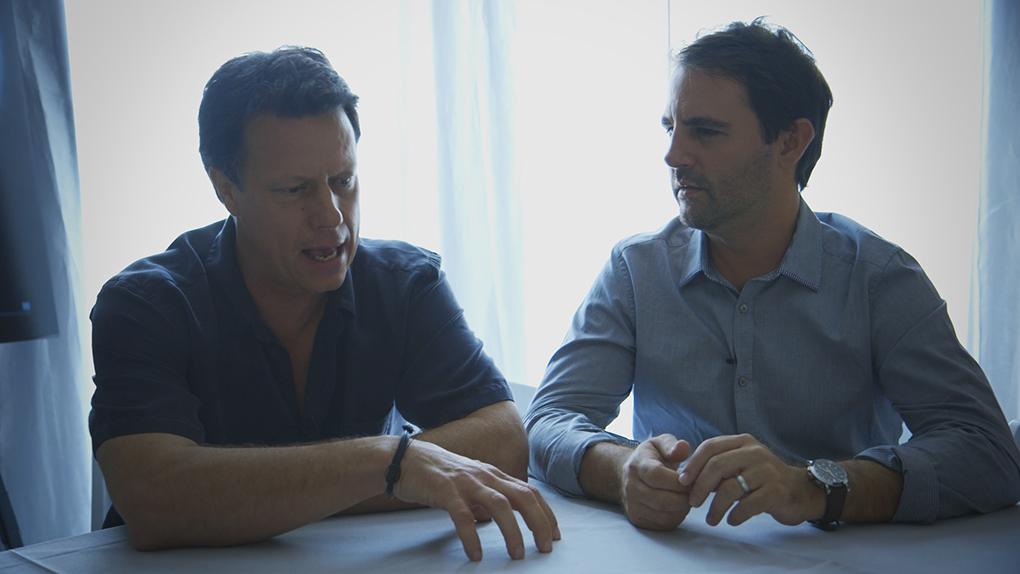 GH: One of the first things we had some fun doing, though, was everyone was interested in this whole "Battle Room" [with] zero-g, and that very special environment, and so one of the first things we did was make this little 45-second teaser. Because everybody was saying, like, "How are you going to do that." [To Orci] Do you remember, we had to go to Cannes and had to try to sell, because the studios — Warner Bros. had passed — and so the studios were all a bit nervous, and "Can it be done?" and "How on Earth is this zero-g gonna work?"

"How on Earth is this zero-g gonna work?"

GH: Yeah. And we made this little thing, and then Bob and I kind of went to Cannes like two traveling salesmen and we kind of hopped up in front of them, and said, "Hi, foreign buyers! We’re here to show you 45 seconds of something we hope you’ll love, and a script. Would you please invest?" And you know what? They did. Which was very, very bold of them, and we should say we’re very grateful to our foreign buyers.

You could consider the book cerebral in a lot of ways, but the trailers have been very heavy on the action element. Is that representative of the final film? Was there a decision to make this more of an action ride, or as you said, did you still try to bring in both elements?

RO: I mean, it’s in the book, so as we were saying before, no one ever had the technology to kind of quite do this right yet, and so we didn’t want to shy away from the spectacle of it. In a way the spectacle is what makes it a unique property. Audiences have seen everything, and to actually have kind of a giant movie that is actually something you can talk about afterwards, and that actually makes you think, and that, that it’s… You have protagonists out there having a great time, and doing things we’d all want to do like float in that room, but they’re doing it for a potentially more adult purpose, and in preparation, potentially, for conflict and for leadership and for growing up.

And to have that in one movie is, I think, part of the appeal. And so both sides of it should be celebrated. Both its cerebralness and its spectacle. I like that it didn’t talk down to kids.

GH: I agree with Bob. It’s unusual for a big popcorn movie — which this has to be to achieve the kind of audience impact that it needs — to also have these great characters and dynamics. Now obviously when trailers come out, you don’t want to spend two minutes watching some sort of cerebral angst, right? So the marketing department is like, "Look at our cool stuff! Don’t worry, this is super cool!" And it is. And at the same time, when we go to a movie, which is not a two-minute experience, it’s a two-hour experience, we’ve also all been there and gone, "Okay, you’ve shown me 10 minutes of super cool stuff. Is there a story in here anywhere? Because I don’t need to be sitting here for two hours looking at cool stuff."

"I like that it didn't talk down to kids."

So trailers and movies are a little at odds in some ways. So I promise you that we have been true to the core emotional and moral dilemmas that the book is so famous for. And we have also, I hope, delivered on the spectacle that the book is also famous for. This Battle Room? That’s not our invention. It’s in the book. And that’s what makes it such a great property, is this combination of really original environments with a great story and great characters who are not stereotyped, who are not just good versus evil. These are complex characters who are struggling with their own demons and trying to find a way to define themselves as leaders of both others and of themselves. And that’s what I love about Ender’s Game. You go on this spectacular journey and you come to a place where a character really defines who he is, in a good, intelligent way. 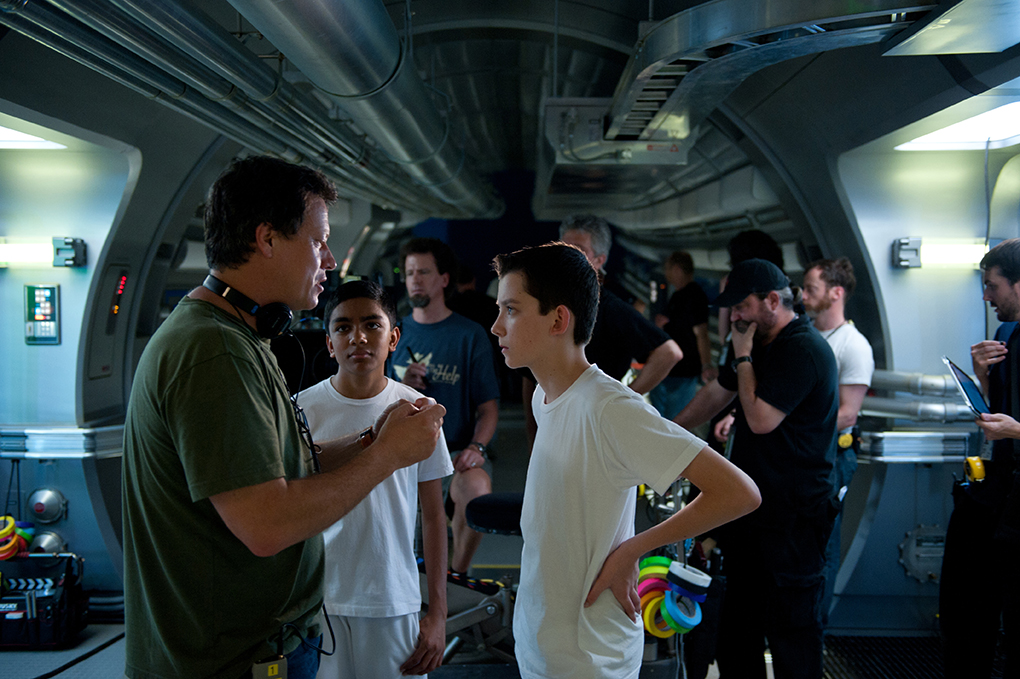 When did you first read the book?

RO: And you had an experience, that maybe you want to talk about, of why you related to Ender, frankly.

GH: Yeah… I was drafted at the age of 17 into a military when, you know, I’m taken out of my home, sent a thousand, five hundred miles away to a crazy training place where people yell and scream at you all day, and want you to express that less-pleasant side of yourself. And they praise you for that. And where is my humanity in all this? And so I’m reading this book as an adult and it’s bringing back all these memories of what I went through when I was drafted. And then I meet Bob, and Bob’s going, well, the opposite — you speak to what it means to you.

RO: Yeah, well I was a geeky kid, and, you know, intelligence isn’t always celebrated when you’re a geeky kid. And back then, being a geek was not as cool as it is here, you know? We’ve taken over the world, thank God, but the idea of how you deal with bullying and the idea of empowerment through intelligence and the idea of having to grow up quickly when you move around a lot and are brought to new environments. You know, I moved as a kid all over the place. I was born in Mexico City, so how to fit in was one of the themes of the book that just kind of hit me square in the jaw and I never forgot about it. And also, having found out when I got into this business, "Oh, that’s the unmakeable book, other people have it." I’d check in every couple years, and see what’s going on with it, and it just seemed like a lost cause. And then all this happened, so it’s incredible.