Share All sharing options for: Marvel and Joss Whedon announce 'Avengers: Age of Ultron' to cap off Comic-Con panel

Marvel is capping off Saturday night here at Comic-Con 2013, and Joss Whedon just took the stage and revealed that the name of the sequel to The Avengers will be Avengers: Age of Ultron. The reveal came at the end of a brief teaser, with the camera rotating around an image of Tony Stark's Iron Man helmet, while the voice of Robert Downey, Jr. and other actors played out.

The teaser ended an extended preview of the company's upcoming slate. Actor Tom Hiddleston took the stage in character as villain Loki before showing off an extended trailer for Thor: The Dark World. The cast of Captain America: Winter Soldier then emerged to talk about the film and show off new footage, while star Chris Evans explained that the central dilemma of the story revolved around the problems his character has with the measures that people — and, one would assume, governments — take in order to protect themselves. The screened footage also featured Robert Redford. According to directors Joe and Anthony Russo, the film is largely inspired by 1970s thrillers, and working with Redford — who featured in '70s classics like Three Days of the Condor — felt like coming full circle. 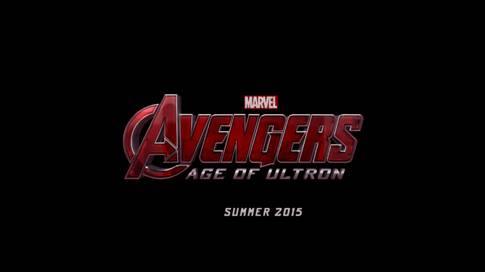 Marvel also debuted some scenes from the upcoming Guardians of the Galaxy. According to Marvel's Kevin Feige, the film only started shooting about two weeks ago, but director James Gunn and the cast — including Chris Pratt, Zoe Saldana, Lee Pace, and Michael Rooker — flew from the UK where they were shooting in order to attend the event. Karen Gillan — best known as Amy Pond from Doctor Who — revealed halfway through the presentation that she had in fact shaved her head for her role in Guardians.

While the footage from Guardians received a rapturous response from the Hall H crowd, many of whom had camped out the night before, it was the appearance of Whedon and the Age of Ultron teaser that really set the room off. Of course, audiences will have to wait before they can see the film themselves: it won't be coming out in 2015.