It's probably fair to say that Adam Savage has more resources available to him than the average Comic-Con attendee. The special effects designer / Mythbusters co-host has built models for films like Star Wars Episode II: Attack of the Clones and The Matrix Reloaded. When he decided his would attend Comic-Con as Star Wars favorite Admiral "It's a trap!" Ackbar this year, he put his years of experience and expertise into the costume, designing a custom mold and calling on "makeup master" Frank Ippolito to help him make it a reality. 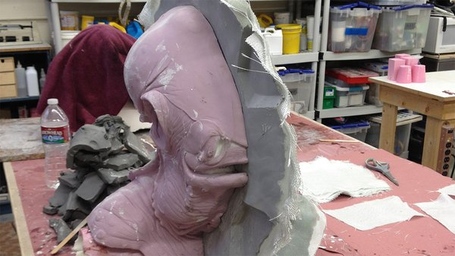