Being Spider Girl: a day at Comic-Con with a master of make-believe

Being Spider Girl: a day at Comic-Con with a master of make-believe

For Linda Le, making costumes is a passion and a career

It's the last day of Comic-Con, and Linda Le is sitting in her hotel room in a black body suit and 6-inch heels, delicately scrunching her long black hair into a hairnet as she completes the transformation into Spider Girl, a Marvel superhero. "It takes me about two hours to get ready," she said. "So from putting my hair into a hairnet — which people don't usually do, but I don't want my wig to fall off on the floor — then I have to do the drag makeup, which is really funny, then eyelashes."

Le is part of an elite group of so-called cosplayers — people who dress up as fictional characters on days other than Halloween — who actually make a living from the sport. She spends all year sewing and crafting her outfits, attending conventions, and hosting events as Vampy, her cosplay stage name. Her knowledge of video games and the characters in the Marvel universe is astounding. This year at Comic-Con she appeared as Jun the Swan, from G Force, and Psylocke, an X-Men mutant.

Comic-Con is where cosplay stars are made

For cosplayers, there's no bigger stage than Comic-Con. This is where cosplay stars are made. "If a guy looks good in He-Man, he’s going to be a cosplay celebrity overnight because he’s like, the He-Man," Le said. For some people, seeing a person dressed well as a character brings that fiction to life. "It's like, 'Oh, he's real!'" 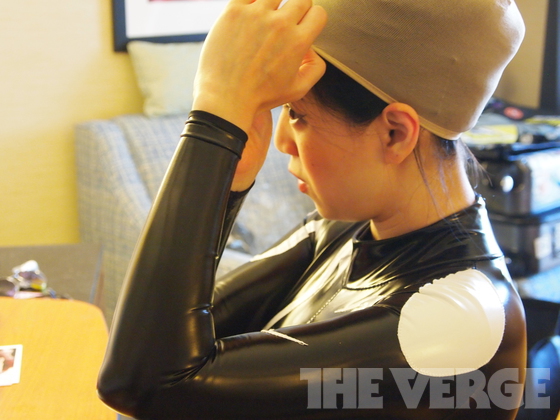 These are the cosplay artists, the people who spend all year working on their outfits and soldering their own props. Le went to school to become a doctor; she stumbled into a cosplay career by accident. Her first cosplay was a nurse from the video game Silent Hill, which she wore to a horror convention. Le went to school to become a doctorThe first year she dressed up at Comic-Con, she made a huge splash with her interpretation of Morrigan from the Capcom videogame Darkstalkers. (People still ask her to wear it, but she doesn't recycle costumes.)

Gradually, she fell down the rabbit hole of the cosplay world, which consists of cosplay artists gathering together on forums like Cosplay.com, meeting up at conventions, and using Instagram and Facebook to amass large fan bases. Le has 99,381 Facebook fans, mostly men but also lots of women, who buy her photo prints and send her email. There are cosplayers who have a million fans. 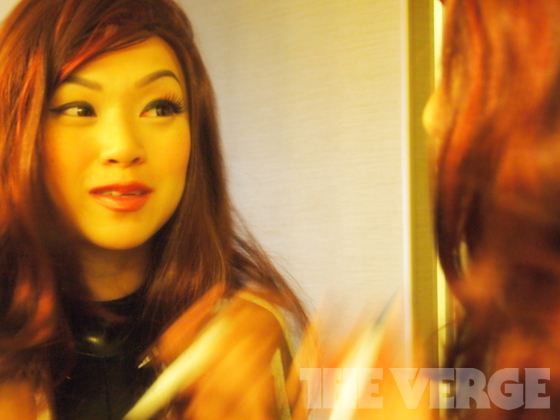 Le's technical ability — she learned how to sew when she was four — and her encyclopedic geek knowledge have earned her recognition from the video game and comics industry as well. As the cosplay community grew, some elite cosplayers started forming relationships with the companies that create characters. It's now normal for a company to send a cosplayer early sketches of a character before a new game comes out, for example, so he or she can start working on the costume. Le has also negotiated to sign non-disclosure agreements with companies so she can see detailed, unpublished designs in order to build her costumes.

Companies will also trade early sketches in exchange for free costume design consulting. The cosplayers will analyze the character design and then explain how to construct the two-dimensional outfit in the real world. "Sometimes they pay for it, sometimes they don't," Le said. "Usually they don't. You really have to love cosplay. There's no money to be made here. You’re pretty much making enough money to make a costume."

"You’re pretty much making enough money to make a costume." 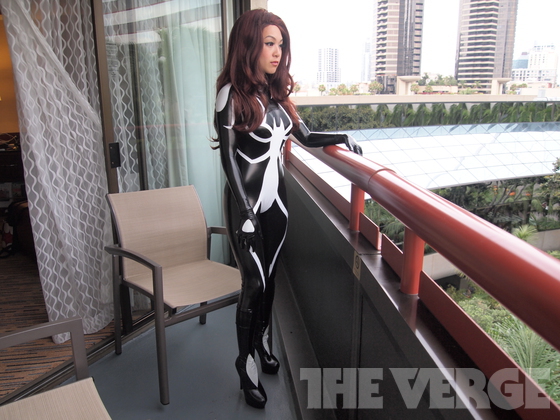 Wandering the massive halls of Comic-Con with characters from Marvel, DC, Games of Thrones, and the Cartoon Network is one of the best parts of the spectacle that is the convention, and there is great affection for the people who make the effort to get dolled up. Some attendees are content to strap on a pair of wings and call it good, but there are always the intricate, fabulous, real-looking costumes that stop traffic as people clamor for photos.

This is what it's like to walk the show floor with Le — stop and go. She never gets more than a few feet before someone asks to take a picture and a crowd of five or six people forms. Her boyfriend Jesse acts as her "handler," corralling people off to the side when they're blocking the walkway and gently declining on Le's behalf if she happens to be on her way to an event. Most top-tier cosplayers have handlers, usually a friend or significant other, who carries their cell phone, wallet, and perhaps some snacks.

"A lot of people think it's glamorous, but 90 percent of the time we’re at home with no makeup on, looking crappy," Le said. "We parade for maybe six hours out of the year in this one costume we made in our house looking junky. It's not glamorous, definitely." 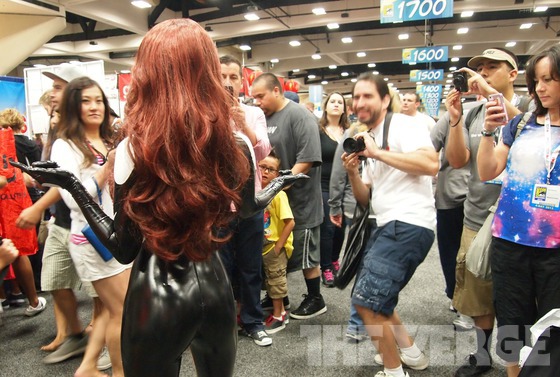 "90 percent of the time we’re at home with no makeup on, looking crappy."

Cosplayers also take a lot of flak. They're made fun of and viewed as weird outside of conventions. Some fans will badger cosplayers who don't have the same body type as their characters, or try to play a character of a different race. Many of them — although not Le — have had to deal with being inappropriately touched or fondled in public. Fans will take upskirt photos and follow them around for hours. This behavior prompted a recent public awareness campaign, "cosplay is not consent," which aims to educate fans on how to behave around their favorite characters.

Le is careful to emphasize the amount of work that goes into her costuming, posting pictures of her works in progress on Instagram and Facebook, so that fans know she is an artist and not just a sex object. "I stopped putting a lot of boobs in my costuming," Le said. "I cover up like crazy now. If i meet people, I don’t want them to talk here" — she indicated her chest — "I want them to talk here." She pointed to her eyes. "I think that cosplyers have to take responsibility in what they do too."

Right now, Comic-Con is one of the world's biggest stages for cosplay. But that may be about to change as fascination with cosplay goes mainstream. The SyFy channel is about to air a competitive reality show on cosplayers called Heroes of Cosplay, which airs in August. Le hopes the show will show cosplay in a positive light, despite the bickering that tends to happen when people in the community get competitive.

"I started cosplay not knowing what it was," she said. "I'm a true fan. You don't have to spend that much money to be a cosplayer. You just have to have fun."