Puffery is the wireless industry's most reliable standard

Last week, AT&T stepped over Verizon's well-worn reliability rhetoric by claiming that its 4G LTE network is now the "nation's most reliable," in part citing a study that AT&T paid for, conducted by an unnamed third-party.

Verizon was quick to strike back, saying today in a full-page Wall Street Journal ad that others have merely "tried to claim reliability" and implying that AT&T's claims are bogus. "To us it's not a hollow claim," Verizon writes in the ad. "Or a slogan. Or a fancy ad campaign." So with those noble motives in mind, why is Verizon mounting such an aggressive defense in an ad? 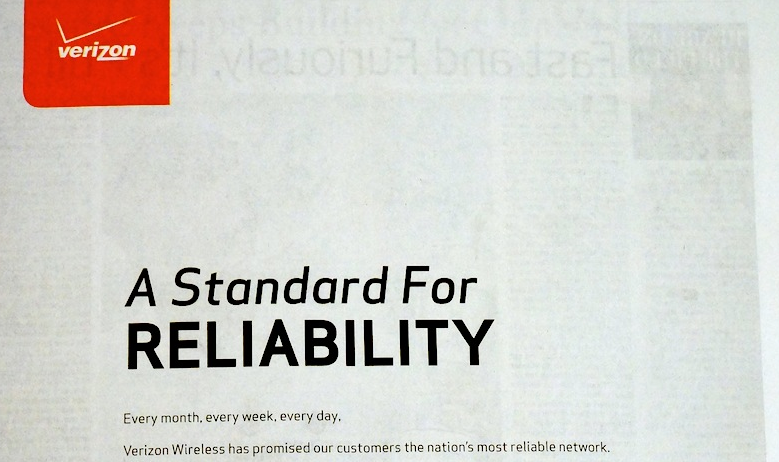 The answer is that consumer perception of reliability is one of Verizon's most valuable assets. "We set the highest standard for ourselves and work hard to deliver that standard to our customers," Verizon says in the ad. "So before others can claim reliability they need to answer to our standard." And what's that standard, exactly? "It's the 'Can you hear me now?' standard," Verizon says. That's a telling indication of Verizon's motivation to take out an ad in the Journal. Is the "standard" the actual "can you hear me now" test or is it the well-known marketing campaign itself? It's both, and Verizon needs to defend both.

For years, AT&T and Verizon have stumbled over one another in a desperate attempt to convince the public that their respective networks are bigger, faster, and more reliable than the competition. To prove their points, they use commissioned third-party studies that arrive at favorable conclusions, and made vague, cherry-picked claims about network quality. And the battle isn't always just on the pages of The New York Times, or The Wall Street Journal, or on television; in 2009, Verizon asked a US court to rule that its claim of being "America's most reliable 3G network" was truthful — a claim AT&T said constituted false advertising. 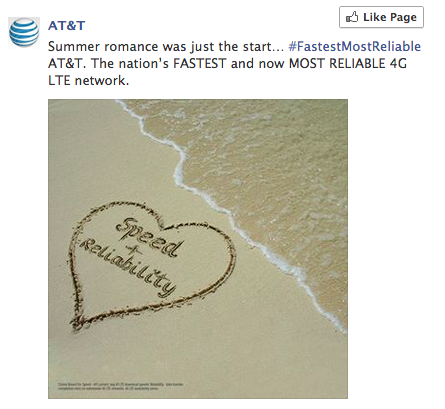 In their latest exchange, AT&T and Verizon even use competing claims from the same third-party: RootMetrics. "RootMetrics has awarded AT&T for strongest overall call, text, and data performance in multiple markets from January through June of this year," AT&T noted in last week's press release. "[Our standard is] achieving the most awards by RootMetrics for top overall call, text, and data performance," Verizon said today.

"The truth is, there are countless reasons why people rely on us and trust to deliver our promise," Verizon says. Unfortunately for consumers, there also seem to be countless truths about which network truly delivers.