Here's a new Heisenberg uncertainty principle for you: if you see a guy walking around in a Heisenberg mask, it might actually be the guy who plays Heisenberg. Bryan Cranston, star of AMC's Breaking Bad, walked the floor of San Diego Comic-Con on Sunday undetected while dressed as his drug lord character. He revealed his true identity only after walking to the front of a Breaking Bad panel and dramatically removing his mask. Cranston appeared at Comic-Con to promote the final eight episodes of the series, which will begin airing Aug. 11 on AMC. No new footage was shown, but AMC did show off a trailer featuring highlights from the series so far. 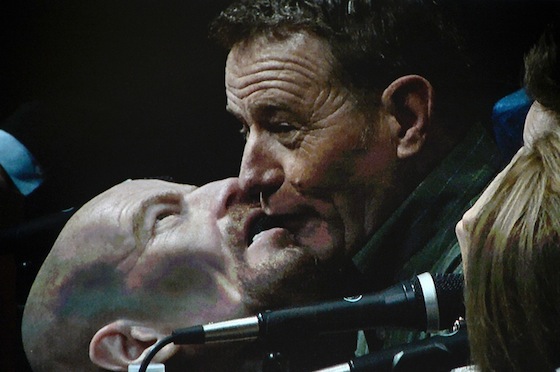