Here at a tiny event in Lincoln Center in New York City, we've gotten a first look at Motorola's new Droid lineup. This is the Droid Ultra, the Droid Maxx, and the Droid Mini. At first blush, they look like... well they look like Droids. But they're thinner than ever, with gorgeous displays showing the bright red backgrounds Droids are so well-known for.

The Ultra and Maxx come with 5-inch, 720p OLED displays, which allows for the selective lighting Motorola's doing when the phone is turned off. The screens are still not the RGB stripe displays like those used in the HTC One or iPhone 5, but use an alternate pixel pattern. We'll have to get a unit in our hands to learn more, but for now, the best screen comparison is the Galaxy S 3, which had a 4.8-inch 720p display with a similar pixel pattern.)

The only difference between the two phones is a single millimeter of difference, which supposedly gives the Maxx even more battery life — we certainly can't tell them apart. Verizon and Motorola want to offer thin devices (the Ultra is the same thickness as the original RAZR, at 7.1mm) with world-beating battery life. The Maxx also has more storage, but we're not sure why both need to exist in the first place.

The Mini comes with a 4.3-inch LCD display, that's also 720p. The phones give great demo: we were able to shake our hands to turn on the phone and jump straight into the camera app (which worked, after some effort), and swipe in from the side to bring in the camera settings. If you swipe up with two fingers, it automatically uploads your photos to the cloud with Droid Zap – and anyone near you can pull it down with two fingers. Touchless Control, which we've seen leaked about the Moto X, seems to work well too. The trigger is "OK Google Now," at which point it'll listen for instructions. It works even if the screen is off, and worked in a crowded room. It learns from you as you speak, so it won't respond to someone else's instructions — Nilay couldn't hijack the demonstrator's phone, no matter how hard he tried to sound like a Midwestern white guy. 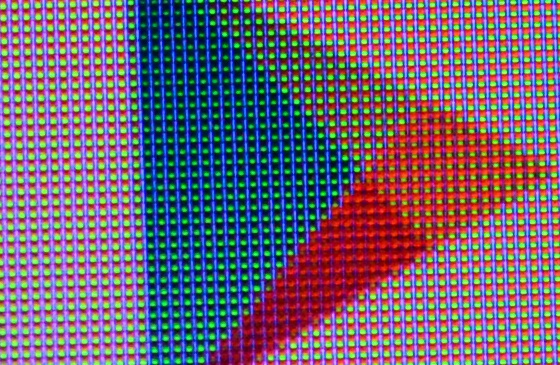 All three phones run software that's very close to stock Android — there are a couple of new widgets and a couple of apps and tweaks designed to make Miracast easier, but it's mostly just Android. There's even a new Chrome widget called Motorola Connect, which lets you sync your phone calls and text messages to your browsers. We're not sure, but that might be the coolest thing about the new Droids — unless that 48 hour battery life pans out.

These phones feel transitional, from what we've seen. They're more Google-infused than anything Motorola has done before, but from a hardware standpoint little appears to have changed. It's Motorola, through and through. We're hoping the Moto X brings something a little newer to the table when we see it next week.

Update: While Motorola insisted at the launch event that the Droid Ultra and Maxx screens were "not PenTile," company reps meant the specific pixel arrangement branded as such, and not the more generic term meaning all non-RGB stripe pixel layouts. We've updated the piece to correct that error.

Nilay Patel contributed to this report.