At first glance, Colorado's medical marijuana industry seems like an unmitigated success story. Hundreds of dispensaries and grow houses have sprouted up since the state began taxing weed sales three years ago, bringing in millions of dollars in extra revenue. Colorado's fiscal windfall has led many to herald its program as a model for other states to follow, but in the capital of Denver, things are in a state of disarray.

According to an audit released last week, regulators in Colorado's largest city are still struggling to keep up with its booming medical marijuana business. Despite an influx of weed tax revenue, local agencies remain understaffed, underfunded, and woefully disorganized. Records on licensed vendors are incomplete or inconsistent, and oversight is spotty, at best. As the report notes, Denver officials don't even know how many weed dispensaries are currently in operation, or where they're located.

The report comes at a critical time for Colorado lawmakers, who are still deliberating over how to regulate the sale of marijuana for recreational use. Both Colorado and Washington voted to fully legalize the drug in November 2012, and have since become something of a drug policy laboratory — a test case for whether marijuana legalization can actually work on a large scale.

City regulators blame their disorganization on recent budget cuts, and say they've already begun implementing substantive changes. But with Colorado less than six months away from opening its doors to retail marijuana sales — and with the national spotlight getting brighter by the day — many are now wondering whether the state will be prepared, and where all their tax dollars went.

"I would say there’s definitely a feeling of, 'Yo, we're turning in so much money all the time so how does the state not have the money to regulate it?'" says "SB," manager of a Denver-based medical marijuana shop. SB declined to be identified by his real name on the grounds that he is unauthorized to speak on behalf of his company.

"It's sort of a mystery when you call the city and no one has an answer or there's not enough people there to help. It's like, how does this happen?"

To date, 19 US states and the District of Columbia have legalized marijuana for medical use. New Hampshire became the latest to pass medical marijuana laws this week, and similar legislation is pending in a handful of other states. But Colorado is unique in that it's the first to legalize both medical and recreational cannabis, and its early struggles to regulate and finance the industry could influence similar policies across the country — especially at a time when so many states are facing budget shortfalls. 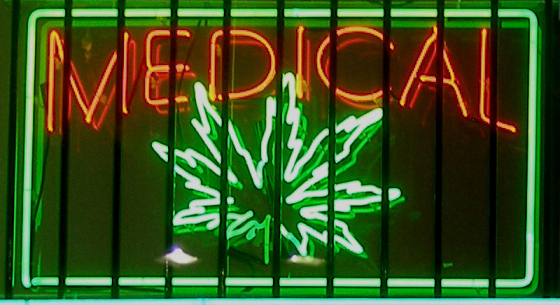 The perils of underfunding regulatory programs were laid bare in Denver's audit, released last Thursday. The report described Denver's oversight as "ineffective," warning that widespread mismanagement and understaffing poses "substantive risks to the city." There are no formal licensing procedures for medical marijuana centers in Denver, the audit noted, and related fees are determined on an arbitrary basis. Record-keeping is similarly haphazard and incomplete, with data on licensed vendors scattered across two incongruous databases.

Colorado legalized medical marijuana in 2000, but didn't implement a regulatory framework until 2010 — largely due to concerns over federal law, under which marijuana is still illegal. The extent to which Colorado's medical and recreational marijuana programs will overlap remains unclear. The state passed a set of preliminary provisions on July 1st, and has announced that medical marijuana dispensaries will have the first chance to apply for retail licenses in January.

The provisions won't be finalized until later this summer and voters will decide on how to tax the drug in November, but critics say the government may be biting off more than it can chew.

"This is getting in the hands of our kids."

Smart Colorado, a nonprofit that works to stem the commercialization of marijuana, was quick to herald last week’s audit as evidence of "impending disaster" throughout the state. In a phone interview with The Verge, Smart Colorado volunteer spokeswoman Diane Carlson said that a lack of government oversight would make it easier for children to purchase the drug, and cautioned other counties from rushing into commercial marijuana when the industry opens in January. (Colorado’s Amendment 64 allows for local governments to legalize or outlaw retail marijuana sales as they see fit.)

"The real concern for us is diversion," Carlson said. "This is getting in the hands of our kids. Our kids have been told it's a wellness product, and they honestly think there are no harmful effects. It’s an epidemic."

Even legalization advocates see cause for concern in Colorado

Carlson says outsiders would be "shocked" at how prevalent marijuana is at local high schools, though a survey from the Centers for Disease Control and Prevention last year found that marijuana use actually declined among Colorado teenagers between 2009 and 2011 — the period when medical marijuana came under state regulation.

Even legalization advocates acknowledge that the audit's findings are cause for concern, albeit for different reasons. Paul Armentano, deputy director of the National Organization for the Reform of Marijuana Laws (NORML), said the lack of government oversight represents a broken political promise more than anything else.

"The public wanted oversight, which is why the government spent so many hours debating and drafting regulations," Armentano told The Verge. "They were promised oversight, so they ought to get oversight."

Critics say taxes collected from marijuana sales should have gone back into regulating the industry. According to the Colorado Department of Revenue, medical marijuana brought in nearly $6 million in sales tax to the state last year, with Denver sales alone accounting for $2.4 million.

"The sky is not falling in Colorado."

"At some point I think the consumer has to ask if these taxes are going to be used to pay for the regulatory oversight that lawmakers have promised," Armentano said. "At least with medical marijuana, that doesn't seem to be happening."

Less clear is whether Colorado's ongoing struggles will have ramifications on the national level. Carlson says other states should see Colorado's experiment as a cautionary tale, but Armentano downplays her warnings.

Vendors like SB, meanwhile, are cautiously optimistic about the future of commercialized marijuana in Colorado. SB doesn't know yet whether his company will make the transition to retail in January, though he describes it as a "huge" business opportunity. And despite the threat of higher taxes or licensing fees, he says the industry would welcome tighter regulations.

"We definitely need more regulations," SB says. "If any other substance was marketed as a medicine and regulated the way medical marijuana is, it would be a joke. A fucking laughing stock."

Legalized marijuana is on fire