Ouya CEO defends game sales as 'better than we expected'

Ouya CEO defends game sales as 'better than we expected'

But are they really?

On Monday, reports surfaced that Ouya is, so far, a console without any major breakout hits. For the most part, gamers are sticking to free games on Ouya rather than upgrading to paid titles. The evidence reported was anecdotal, with a handful of developers speaking on how much money they've made — from a couple hundred dollars to a few thousand. But while some might look at Ouya's software sales and say the console, which has been on retail shelves for about a month, is failing to catch on with gamers, CEO Julie Uhrman says things are quite the opposite. "Monetization on Ouya is so far better than we expected," Uhrman told The Verge in an exclusive interview. "It takes time to build what traditional consoles have had decades to build. But really, I think it's too early to draw such broad sweeping statements about how a platform is going to perform."

Uhrman didn't deny the numbers reported earlier this week — rather she pointed to them as a sign of Ouya doing things right. At this point, the Ouya game that's pulled in the most revenue is TowerFall, developed by Matt Thorson. It sells for $14.99 and Thorson has made about $21,000 to date. Another title Uhrman points to as a success, Hidden in Plain Sight, has sold just 1,900 copies on Ouya, generating $4,381 in sales for developer Adam Spragg. On the low end, other developers were claiming to have made only a few hundred dollars. "These numbers will grow." Uhrman said that while no games are raking in millions of dollars in sales as something like a new Halo title would on the Xbox, comparing Ouya game sales to other consoles is off base given just how different it is from anything else out there. Ouya allows gamers to try any game for free and then purchase a full copy of the game later. Some developers charge a set price, others let gamers decide how much they'll pay.

"To say developers can't make money on Ouya — I take offense to that," Uhrman said. "I'm sure the creators of TowerFall and Hidden in Plain Sight would take offense to that. The console has only been out for a month, and developers have only had access to the hardware for about 6 months. We really like what we see so far, and so do developers and gamers." 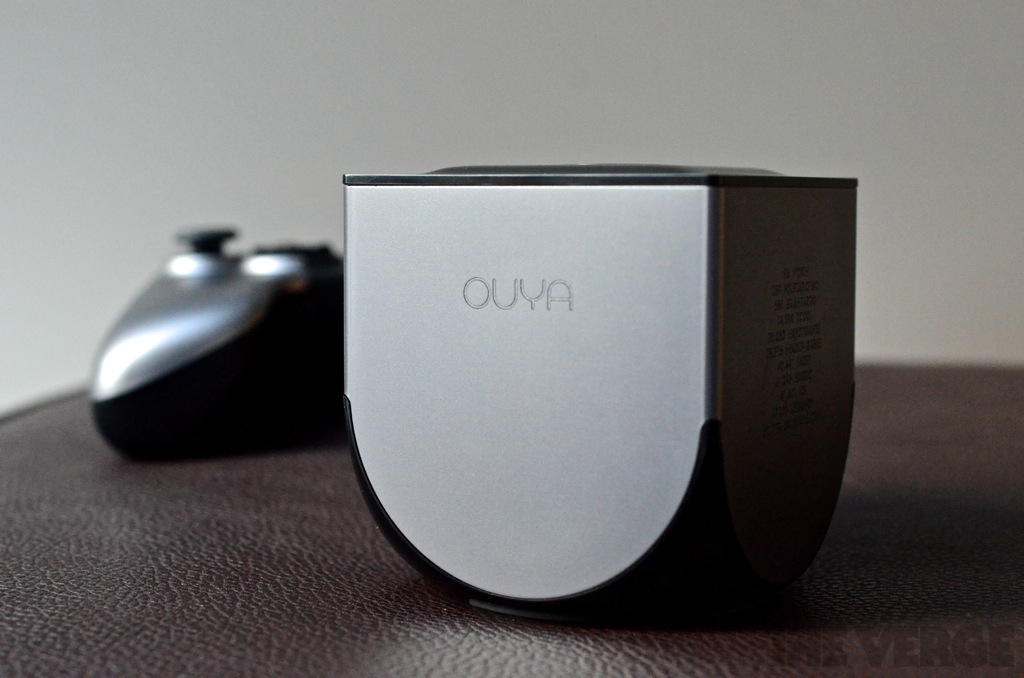 What Uhrman said she is seeing so far is a propensity for gamers to try out lots of different titles and consistently make purchases. In the last month, 27 percent of Ouya gamers have paid for a game — a figure that she said is significant for a free-to-play console. In addition, 13 of Ouya's 20 top grossing games have recorded an average of 8 percent of gamers upgrading from the free to paid versions of their titles. In what universe is an 8 percent conversion rate something to brag about? "I think there are a lot of social and mobile app developers that would kill for an 8 percent attach rate on a platform that's 30 days old," Uhrman said. "These numbers will grow as more gamers pick up consoles, and as we attract more developers, and I believe that by the end of the year, we'll see a few developers telling us they've made more than a million dollars on Ouya."

But at this point, nobody is making millions and Ouya is declining to say just how many consoles it's sold. When top games are selling just a couple thousand copies in a month, it's fair to say Ouya has had a soft launch thus far. Typically, the launch window is vital for consoles. It's when gamers and developers are the most buzzed about a new platform. The interest was there at one time for Ouya; it propelled the company to raising $8.5 million on Kickstarter. While Uhrman insists that a soft launch is okay, consoles like Nintendo's Wii U and Sony's PlayStation Vita have yet to recover from weak early sales.

Uhrman did say that the company has gone from 8,000 registered developers in March, when Kickstarter backers first began receiving the console, to more than 21,000 developers today. "Anybody that played Ouya in March and played it in June will tell you that it's gotten significantly better," she said. "This will continue as "We know content is critical." more games come over. We know content is critical." To that end, the company has set up a $1 million "Free the Games Fund" that will donate money to Kickstarter projects from developers who agree to keep their games exclusive to Ouya for at least six months. The CEO argued that the number of consoles sold or number of games available isn't as important as how engaged users are with games on Ouya once they've got the console's controller in hand. Uhrman said that 10 percent of gamers are purchasing at least one item on the console each day — another figure she expects will grow over time. "Five days after launch, reviews came out and people were writing us off," she said. "If every company that got mixed results right out of the gate would have given up, we wouldn't have an iPhone, we wouldn't have an iPod."

More from this stream Ouya: The $99 hackable Android game console