Share All sharing options for: What's inside Google's $35 Chromecast dongle?

On Wednesday, Google announced the Chromecast, a $35 dongle that plugs into the HDMI port on your TV and streams video from the cloud. It's much like a tiny Roku box, except you get to control the experience from any PC, tablet, or smartphone. But what did Google stuff inside that stick to make the magic happen, at such a tiny size and price? Teardown and repair site iFixit ripped open a Chromecast today, so that you don't have to pry.

It's really pretty simple inside: there's a miniature circuit board, with a Marvell processor and an AzureWave combo Wi-Fi chip, along with 4GB of flash memory and 512MB of low-voltage RAM. There's an aluminum heatsink around all the components, and a slab of solid aluminum spanning the entire length of the dongle to further conduct heat. Also, it appears that the bulbous shape at the end of the dongle isn't just there to mimic the Chrome logo, as far as we can tell: there are circuits on at least one curve of each hemisphere. Functional design? It seems so. 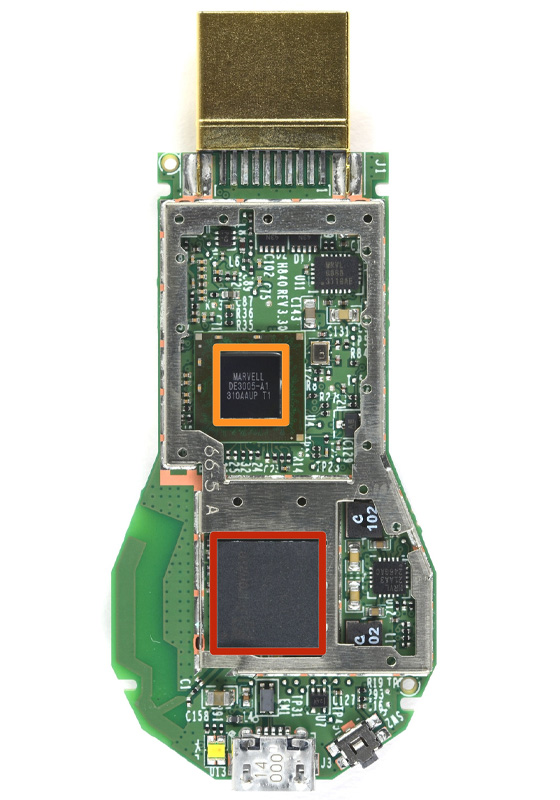 Find more pictures at our source link below.

Chromecast: Google's second attempt to take over your TV