Less than two months after it announced the development of a new Star Wars Rebels cartoon, Disney-owned Lucasfilm is ready to share new details for the upcoming animated series. At a Star Wars Celebration Europe event in Essen, Germany on Saturday, Rebels executive producer Dave Filoni showed off new concept art, including a first look at the "Ghost" — the spaceship of the yet-to-be-named main character that will "play a big part in the series."

Star Wars Rebels will take place in a "whole new era" between Star Wars Episode III and Episode IV, as the rebellion forms to fight the Empire, which is intent on destroying the last of the Jedi Knights. In May, Filoni said Rebels' visual style would lean on artwork of the late Ralph McQuarrie, the artist responsible for the earliest concept illustrations from the original film trilogy, and from the early Rebels art we've seen he's staying true to his word.

Rebels will take place between Episode III and Episode IV

The new cartoon will be the first animated series under Disney following its $4.05 billion acquisition of Lucasfilm in October 2012. Many of the same team behind Star Wars: The Clone Wars will help produce the series, which will premiere on Disney XD channels worldwide in fall 2014. 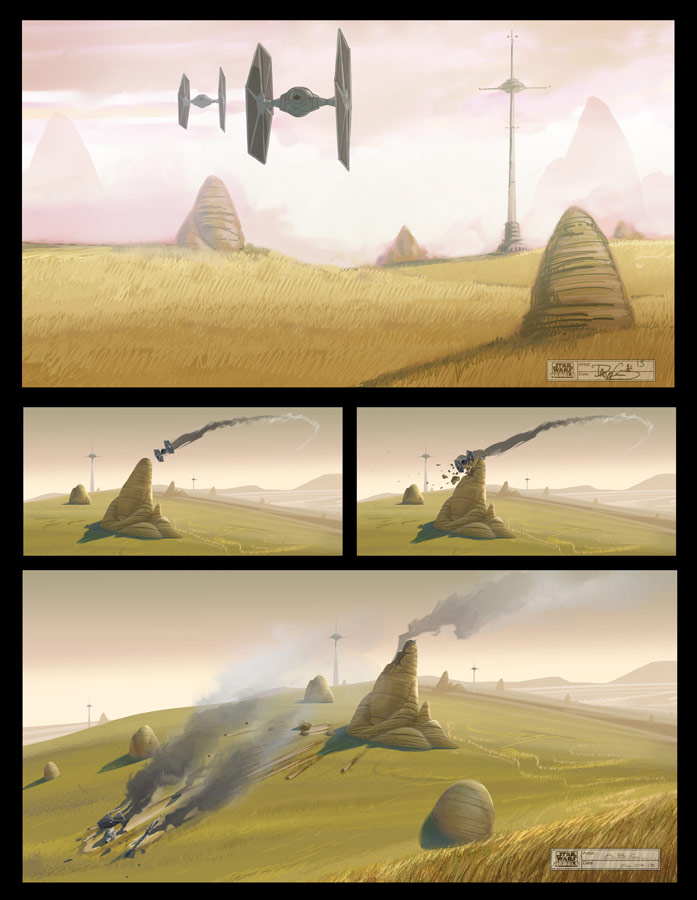 More from this stream The new Star Wars films: can Disney restore the franchise to its former heights?