Point and shoot perfection: an evening with Sony's RX100M2

Share All sharing options for: Point and shoot perfection: an evening with Sony's RX100M2

I loved my Sony RX100. It was hands-down the most versatile camera I'd ever owned, because it afforded me 75 percent of the safety net of a good SLR — the knowledge that you're going to be able to get the shot, no matter the environment — in a package just a fraction of the size.

And when you find a truly great camera, you tend to hold on to it for a few years. When Sony announced the RX100M2 last month, I expected a short list of uninspired improvements, little more than a minor facelift to boost sales for another holiday shopping season. Instead, I found a bunch of things I wanted: an even better sensor for low-light photography. Wi-Fi. A multi-function hot shoe.

So I bought it. Expect a full Verge review in the coming weeks, but in the meantime, I wanted to offer some quick thoughts from a former RX100 owner who's upgraded. 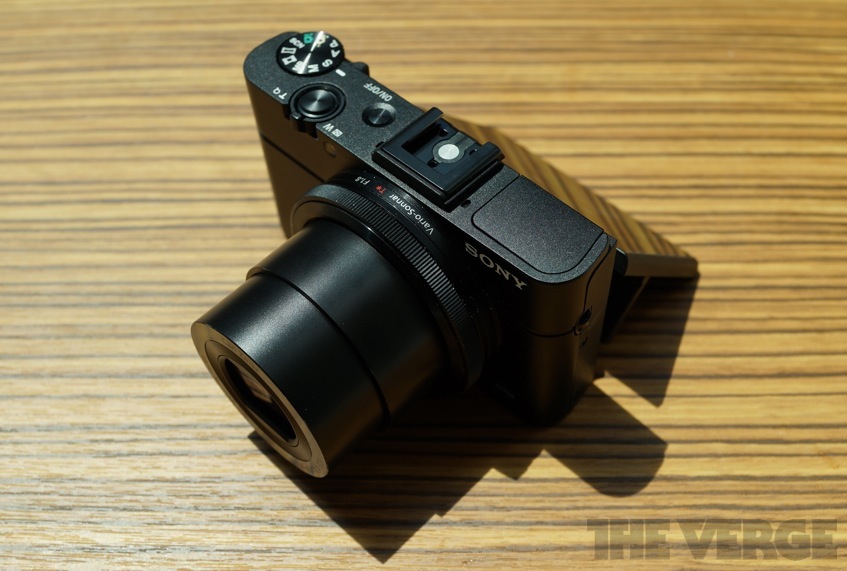 First off, it's noticeably bigger and heavier, to the point where my form-fitting hard case from the original RX100 doesn't quite want to close. I see why Sony's continuing to offer the RX100 for $100 less: it's still the more portable camera, for less money, and it's still every bit as amazing as it was last year. I partially blame the RX100M2's new articulating LCD, which is mostly a gimmick (I've never been a fan of them — it's just something else to break, and it makes the camera thicker).

What's more, the articulating LCD is largely obviated by the PlayMemories Mobile smartphone app. I expected this to be too much trouble to use, but I was wrong: you connect your phone to the camera's Wi-Fi hotspot, then the app functions as a serviceable live viewfinder that can control zoom, flash, and shutter. It's brilliant, and in my testing, it works flawlessly. It also has a self-timer function, so you can see the camera's view for a self-portrait and still have enough time to stick the phone in your pocket.

Beyond that, I'll let these shots around my fair city of Chicago speak for themselves.