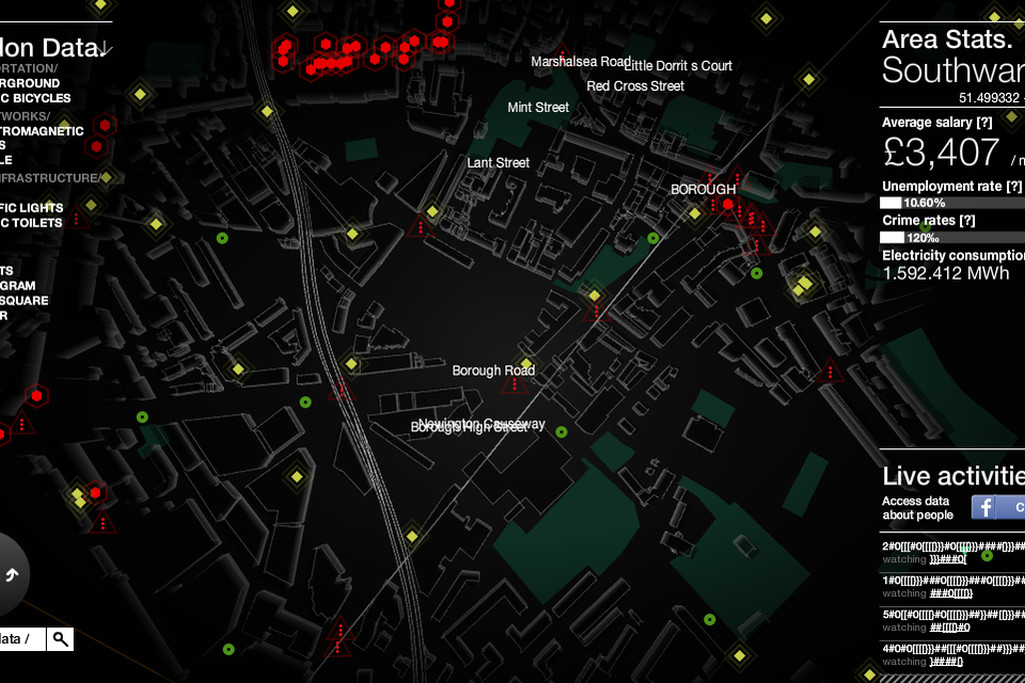 In early June, former NSA contractor Edward Snowden revealed the first hints of a pervasive government surveillance program. Depending on who you talked to, the NSA could either collect emails with debatable oversight or literally watch people type. Congress and the president denied that the revelations were shocking — in fact, they said, they’d known about them all along.

During the weeks that followed, Ubisoft began ramping up the post-E3 campaign for Watch Dogs, an upcoming action game about a hacker and a world where "smart" cities make everyone both constantly connected and constantly monitored. What would otherwise have been unremarkable became unsettling. “Be prepared for a reality you may not be aware of,” says a promotional site called “We Are Data.” Upon entering viewers can see present-day cities as data maps, with icons for cell towers, Wi-Fi hotspots, and (oddly) public toilets. “Take control over the data now!” exhorts the game’s protagonist, Aiden Pearce. “Turn the city into a weapon against itself.” But can Watch Dogs, part of an ongoing trickle of big-budget action games ostensibly taking on serious subjects, be a meaningful participant in the surveillance conversation?

Most months, "We Are Data" would have produced a resigned nod and shake of the head, but people visiting it now have fresh reason to feel like their data is being weaponized against them. PRISM and other revelations weren’t just about what was seen — they were about the fact that when confronted with the leaks, the administration drove home how little it thought of public outrage. Watch Dogs promises a solution — but so far, it’s one that occupies an uncomfortable place between commentary and escapism.

Watch Dogs, obviously, has yet to come out. It’s possible that when it does, it will be a hitherto-unimaginable comment on ubiquitous surveillance and resistance. But if it’s anything like most of the big-name games I’ve played (and sometimes loved) over the last few years, it won’t be about the abuse of power. It will be about how much fun power is to abuse, with strange and sidelong nods to the fear that should evoke.

"Who really controls our cities, our information, and our lives?"

It would be easy to write off Watch Dogs and similar games as simply fantasies, but developers themselves make a habit of portraying their games as relevant political statements. When Watch Dogs was first announced at E3 2012, its trailer was ripped from the headlines of the past decade. "In the summer of 2003, the lights went out for 55 million Americans across the Northeast," it began. "Eleven people died in the dark." Asked about PRISM at E3 2013, lead designer Danny Belanger said it was "like reality is catching up to the game." At a Sony event in February, Ubisoft CEO Yves Guillemot asked the audience, "Who really controls our cities, our information, and our lives?"

The answer he gave was a PR-infused about-face: "Thanks to PlayStation 4 and our next-gen title Watch Dogs, we have the answer. It will be all of you." In a nutshell, that’s the promise of mainstream "serious" gaming right now: someone will suffer being controlled and powerless, but it will almost never be you.

You're not a nice person, are you?

Pulp games, like pulp movies or books, are meant to be enjoyable, with exceptional characters and a bombastic and exaggerated view of the world. But much pulp thrives on identifying with the downtrodden. Ballardian dystopias, with their themes of men and women being crushed by an unfeeling system, are the bread and butter of written science fiction. The best dystopian novels and films mire characters firmly in the day-to-day hopelessness of life before allowing them to rise above it.

The big AAA shooters that currently carry the mantle for most narrative gaming, though, often end up treating oppression as a fun tool to be wielded, not a thing to be overcome — even when they’re ostensibly meant to do the opposite. They don’t so much provide escape fantasies as they provide fantasies of never being affected in the first place, of being so far above the hoi polloi that the concerns with which the game is ostensibly struggling come off as little more than window dressing.

Early promotions for Deus Ex: Human Revolution, the high-profile sequel to classic Deus Ex, played on the present-day anxiety over drugs like Adderall. "If I don't improve myself, if I don't augment myself, then I'll be less intelligent, less capable, less strong than the rest of the human race," said a character in a faux-expose of mechanical augmentations. Characters were shown being driven into homelessness trying to afford medically necessary immunosuppressants.

Dystopian games' concerns end up coming off as window dressing

When you started the game, your character was promptly revealed to have no need for the drugs, and despite nods to the contrary, the overwhelming ethos was not "How can I accept these changes to my body?" but "How long until I can afford the next upgrade?" BioShock Infinite, another game meant to interrogate how power corrupts, was described as "art" in part because of its shocking violence. The constant bloodshed illustrated that "Booker DeWitt isn’t a good guy. He’s a brutal, immoral thug," wrote Rus McLaughlin at VentureBeat. But when I played, I wasn’t really disgusted with myself for killing hundreds of people. I was too busy figuring out the optimal way to cut through them in that slick, aesthetic way that BioShock Infinite offers.

As the famous (supposed) Truffaut quote posits, it’s arguably almost impossible to make an anti-war film, and creating a mainstream game that effectively critiques its core mechanic is even harder. Power is fun: if I see an overreaching, draconian enforcement system in a game, I’m going to want to use it. All in all, I’m pretty comfortable with that. It is, however, strange to see anybody take these same games’ social messages as anything more than a marketing strategy. Even if, in the past, I’ve done it.

Some game developers have talked about the problems of working in a narrative medium that strongly favors certain styles of play — particularly shooting and hitting. It’s hard to get around this, and one of the cleanest ways to do so is just to embrace the implications, to show players how easily they can become brutal, immoral thugs. BioShock Infinite, obviously, falls into this, but so does the self-aware indie splatter game Hotline Miami, whose entire premise can be summed up in one quote: "You’re not a nice person, are you?"

Do we really need help learning that, though? No matter how mildly discomfited you might feel playing an oppressor, it’s far more uncomfortable and revealing to see yourself as helpless. From what we’ve seen so far in Watch Dogs, your power depends on a huge surveillance network that lets you spy on almost everyone you meet, turning you into a kind of vigilante NSA and letting you choose whether to use your power responsibly. Becoming the NSA might show us how easy it is to be virtuous or corrupted, but it ultimately won’t help us work through the problem of being spied on by a hundred exceptional Aidan Pearces, and identifying with people who hurt people isn’t a substitute for empathizing with people who get hurt. 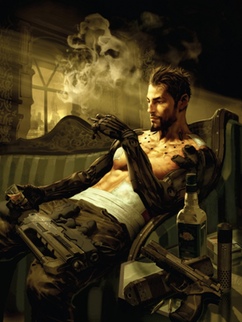 "I got tear-gassed by the cops." 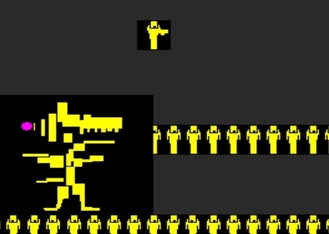 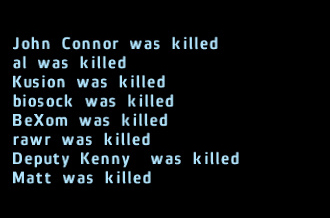 The flip side of playing a watchman is turning the tables on one. Infamous: Second Son, which is regularly presented alongside Watch Dogs at Sony’s press conferences, is all but described as a straightforward revenge fantasy against the surveillance state. "In 1999, I took part in a political rally and got tear-gassed by the cops," said developer Sucker Punch’s Nate Fox, introducing the game in February. "Up until then, I'd always thought the police were there to protect me, to protect the people that I care about. But on that day, they didn't."

Fox pulled in statistics about the kind of things we’d be debating furiously a few months later: the government sent 1.3 million requests for information on cellphone customers in 2011; TSA lines resulted in the equivalent of "a thousand lifetimes lost in one year." After warning that the cost of security would be our liberty, Fox imagined a world where superhumans could spark both more panic and more resistance: "Which of us would have the courage to fight to get our freedoms back?" Second Son puts forward at least one way to deal with being watched, and once again, it hasn’t been released. So far, though, what we’ve seen filters the indignity of losing freedom through the eyes of a character who can do pretty much anything he wants.

Far at the other end of the spectrum, the minimalist queer games or "zinester" movement has put the focus squarely on living through suffering, not using it as a backdrop. Critic and developer Mattie Brice took issue with games that accept inflicting violence or quitting as the only choices. "For some reason, people laud games like [Spec Ops: The Line] and Bioshock for not giving a solution, for not putting in a step forward," she wrote. "Games are clearly overestimated when it comes to the kinds of topics and play is actually there."

Porpentine, a prolific and talented creator of Twine text games, has perhaps best summed up what makes a dystopia effective. In a piece for Rock Paper Shotgun, she discussed a game called 000000052573743. In 000000052573743, you’re a single figure in a room full of people who look just like you, surrounded by armed guards and some kind of evil rat-king. Like BioShock or Hotline Miami, it’s a game about doing what you’re told. But what you’re told is to walk in line or to run, or to stand still while the pixelated people around you die.

Resistance is a lot less radical when you're a superhero

"How many games about dystopias would be improved if you were just a working class drone, not an invincible white male supermurderer armed with ultra-violence augmentations / magic?" Porpentine asked. "How can we criticize systems if we only play as two-dimensional hyper-escapist heroes, and not as people actually affected by the violence and injustice so common to many narratives?"

There are games that can take on these issues, that can make you really struggle with living in a dystopia — intense, sadistic RPGs like Pathologic or harsh shooters like DayZ. Whether because of disposition or their marketing budget, though, these games often aren’t the ones we end up pointing to when we look for big examinations of "serious issues."

Ultimately, it may be silly to expect big-name shooters to take on oppression, surveillance, or any of the other issues dystopias try to deal with. If that’s true, though, it’s equally silly to take their real-world warnings or analysis as anything more than bluster, or to keep bringing them up as an example of anything more than good fun or, at best, clever pastiche. I’m always going to like playing pulpy games that take on the trappings of real-world issues, but it’s getting harder and harder to pretend they have something real or interesting to say about them.