Get ready to decide who lives and who dies

Share All sharing options for: '400 Days' turns 'The Walking Dead' into a terrifying short story collection

400 Days is made up of a series of decisions you won't want to make. The latest episode of Telltale's Walking Dead video game serves as a bridge between last year's critically acclaimed first season and the upcoming second. Unlike that first season, which detailed the ongoing struggle of Lee and Clementine in a world full of zombies, 400 Days shows the apocalypse from five different perspectives, all within the same episode. It's sort of like a collection of short stories in game form. The result is just as intense as any of the main episodes, but the shorter nature of each story means that it's ultimately less satisfying than the slow, methodical build-up of the first season.

The biggest departure in 400 Days is its structure: You can play the five stories in any order you choose, much like the most recent season of Arrested Development. And, just like that show, depending on what order you play them in you'll notice different things as the stories and characters begin to overlap. Each character's perspective takes place at a different point during the apocalypse — you'll see everything from two days into the zombie invasion to a few hundred days — but they're all situated around the same area, a roadside truck stop and diner. Because of this there are small, but important, crossover moments between each narrative. People who are your friends in one section turn into your pursuers in the next, for instance, and in some cases you'll only understand a character's decision after experiencing a different part of the story.

There are a few action moments — including one particularly intense scene where you have to drag a man to safety while shooting incoming zombies — but mostly the gameplay consists of talking to other people and making tough decisions.

It isn't a fun game, but it is delightfully tense

Though each character's story is short — on average they're around 30 minutes long — they all last long enough to force you to make a terrible decision, which almost always means picking whether someone lives or dies. The Walking Dead is known for forcing these kinds of moral dilemmas on players, but the rapid succession of choices in 400 Days is more nerve-wracking than usual — especially since most of the decisions, on the surface, appear to have no good outcome. There are also a handful of deaths that, even in the morbid universe of The Walking Dead where everyone dies, still remain shocking. 400 Days isn't a fun game, but it is delightfully tense.

The short-story nature of the episode works for the most part, but because you don't get to spend much time with these characters, the events feel less important than in the first season. Whereas you had five episodes to get to know Lee and Clem and watch their relationship develop, in 400 Days you're simply thrown into situations with little to no explanation. The writing does a good job of telling a story in such a short period, but often you're left with questions that remain frustratingly unanswered. Thankfully, the choose-your-own-path narrative doesn't impact the ending, which is the same no matter which order you play the game in. Though, of course, some of the details of that ending will change depending on the choices you make throughout. 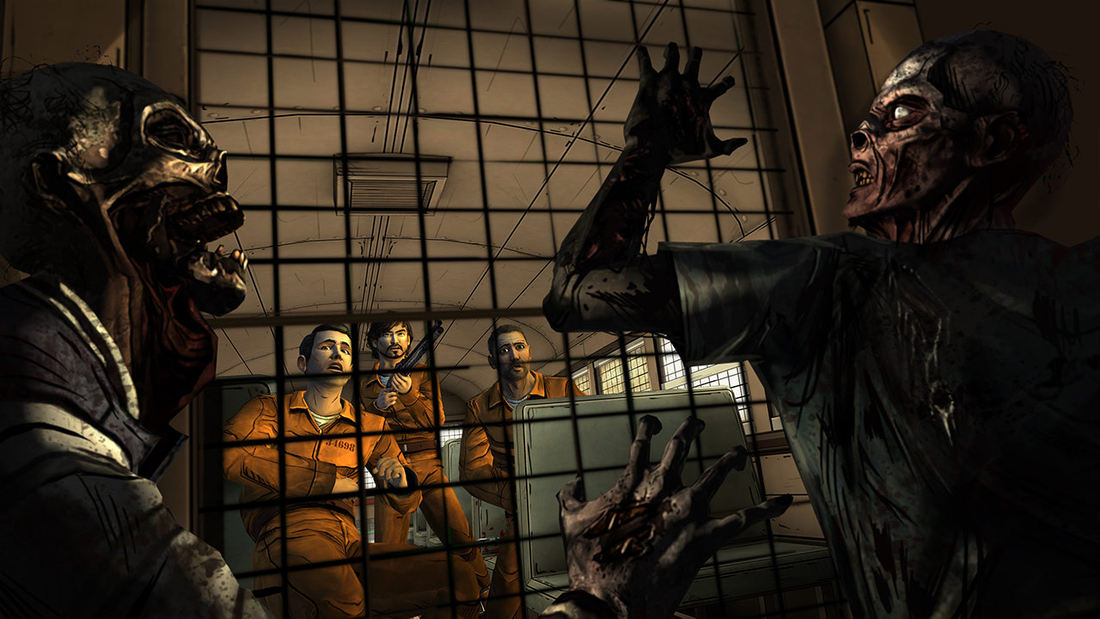 400 Days doesn't add anything new in terms of gameplay, but the stories it tells are worth experiencing, despite their brevity. It feels like an entire season squished into one episode. And, while there don't appear to be any obvious connections to the first season, Telltale says that the decisions you make during the first five episodes influence the events of 400 Days.

Similarly, what you do in 400 Days will carry over to season two. Of course, it's impossible to tell yet how satisfying it'll be to see those decisions play out, but even without any connection to the other seasons, 400 Days is able to stand on its own. You'll need to make some hard, gut-wrenching decisions, but you'll love every minute of it.

400 Days is available now as DLC for the PS3 version of The Walking Dead, and will be coming to Steam later today, the Xbox 360 on Friday, and iOS on July 11th. Season two of the game, meanwhile, is expected to kick off later this year.