The world’s most expensive smartphone: Brazil’s black market for gadgets is booming

Crime and consumerism collide in Rio

Share All sharing options for: The world’s most expensive smartphone: Brazil’s black market for gadgets is booming

Mercado Livre is Brazil's version of eBay, and it's full of electronics. Visit the site at any moment, and you'll find hundreds of vendors selling their unlocked iPhones, with many priced at nearly $700 USD. That’s about $100 more than what the same model costs at a US Apple Store, but in Brazil, it's a bargain.

Steep taxes and import tariffs have sent prices skyward in Brazil, especially in the electronics sector. An unlocked Samsung Galaxy S4 retails for around $630 on Amazon's US store. At Casa e Video, an electronics store in Rio de Janeiro, the same phone costs more than $1,100.

As a result, some consumers have resorted to more subversive channels. Last year, two American flight attendants were arrested at Sao Paulo's airport on suspicion of smuggling fourteen smartphones, four tablets, and several video games into the country from the US. (The smartphones were reportedly hidden in their underwear.) Others procure high-end electronics on dedicated shopping vacations, since flying to Miami to buy an iPad can sometimes be cheaper than purchasing one in Rio.

Officials have taken steps to stem inflation in Brazil, but higher interest rates and scattered tax repeals have thus far had little impact — forcing consumers to buy smuggled electronics on the black market, and sending thousands of disgruntled protesters out into the streets.

It's impossible to gauge the size of Brazil's market for smuggled goods, but evidence suggests that it's growing. In 2011, the country's federal revenue service seized $812 million worth of goods at airports, borders, and ports, marking a 16 percent increase over the previous year. According to Brazil's Ministry of Justice, the value of seized goods — including drugs, ammunition, and electronics — increased threefold from 2004 to 2010.

Controlling Brazil's borders remains a daunting task; the country's coastline stretches for more than 4,600 miles and it neighbors 10 other countries. Smugglers therefore have a plethora of entry points to choose from, though many base their operations in the so-called Tri-Border region, where Argentina, Brazil, and Paraguay intersect. Chinese, Lebanese, and Syrian traders have come to dominate the area, setting up electronics shops in Paraguay for deal-seeking Brazilians and stealthily moving contraband across national borders.

"The Brazilian state and military police are trying to regain control over the [Tri-Border] region and have increased their presence there," says José Carlos Aguiar, Phd, an anthropologist at Leiden University who has extensively studied illegal trade across Latin America. "But they have primarily focused on only this region, and many [trade] networks — particularly the larger ones — have moved to less controlled points of entry."

Brazil's high prices have made it a prime target for smugglers, who can offer electronics and other goods at below market value and still see a profit. Over the past few months, the country's inflation rate has hovered at around 6.4 percent, far higher than the 1.8 percent rate currently seen in the US. Since July 2012, inflation has climbed by nearly two full percentage points, and consumers are beginning to feel the pinch.

Last month, Brazil erupted in violent protests over a proposed nine-cent mass transit fare increase in the city of Sao Paulo. The demonstrations soon broadened into a nationwide referendum on the policies of President Dilma Rousseff, with protesters calling for more investment in infrastructure and public services, but it’s telling that the unrest was sparked by the threat of higher prices. Residents in Rio and Sao Paulo pay more for public transit, as a share of their income, than many other metropolises around the world. 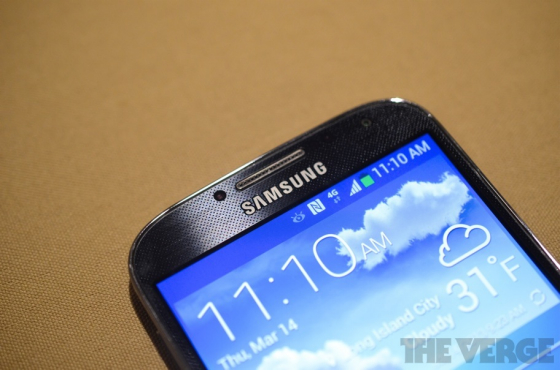 Devices like the Samsung Galaxy S4 (above) can be nearly twice as expensive in Brazil as they are in the US.

There are several reasons for Brazil's high costs, but experts lay much of the blame on high import tariffs and a convoluted tax system. Brazil's import duties were implemented to protect domestic industries from foreign competition, and to level the playing field against countries with large subsidy programs. Duties vary according to the value of a given product, and can reach as high as 55 percent.

Imported smartphones, tablets, and other electronics are subject to a 16 percent tariff, in addition to multiple fees and taxes at both the state and federal level. André Mendes Moreira, Phd, a professor of tax law at the Federal University of Minas Gerais, says the combination of federal and state taxes alone comprise about a third of a product's price — even before import duties are taken into consideration.

"a fertile zone for 'fiscal war'"

But foreign technology companies can avoid tariffs and taxes by setting up manufacturing facilities in Brazil — which is precisely what policymakers want to see.

"If the company chooses one specific state to install its manufacturing plant, it usually gets a fiscal benefit that reduces [state taxes] to zero," Moreira said in an email to The Verge. "That has made our country a fertile zone for what we call 'fiscal war,' which occurs when the states reduce theirs taxes in order to attract new investments that generate new jobs."

From an industrial perspective, the policy seems to have paid off. Huawei, Nokia, and ZTE have established distribution and manufacturing facilities in Brazil, and Foxconn — which makes Apple and Sony products — is already building its fifth factory there after entering the market in 2011.

The government has also taken steps to push consumers toward domestic products. In April, the country lifted federal taxes for all smartphones manufactured in Brazil, after implementing similar policies for domestically produced tablets and computers. But the smartphone exemption only applies to devices priced below 1,500 reals ($660 USD), meaning Brazilians may still need to look overseas for higher-end Apple or Samsung products.

"Class in Brazil isn't determined by education or neighborhoods anymore, it's all about lifestyle."

It's not clear whether domestic prices will come back to earth anytime soon, but Aguiar says the rise of Brazil's black market for gadgets has less to do with economic policy than it does shifting social dynamics.

"There is an emerging middle class in Brazil and across South America," Aguiar says. "They are not rich, but not as poor as their parents were, so all of a sudden you have millions of people who want to buy products — the iPhones and high-end products they see on rich people and on TV."

"Class in Brazil isn't determined by education or neighborhoods anymore, it's all about lifestyle. And that's what's driving this market."