'The Hobbit: An Unexpected Journey' gets its expected extended cut on November 5th

Share All sharing options for: 'The Hobbit: An Unexpected Journey' gets its expected extended cut on November 5th

Peter Jackson has never attempted to inject brevity into his Middle-earth films. The Lord of the Rings trilogy clocked in at over nine hours across three films, and Jackson then released extended cuts that pushed the running time up even further. However, those extended editions were celebrated by fans — rather than using poorly-produced deleted scenes, Jackson wove a significant amount of material seamless back into his movies, complete with full special effects and a rewritten score. Now, Jackson and Warner Bros. have formally announced he's doing the same for The Hobbit: An Unexpected Journey.

It's not a surprise, as Jackson has mentioned the possibility of extended Hobbit cuts pretty frequently (most recently when he liveblogged his last day shooting the trilogy), but now we know all the details behind the upcoming release. On November 5th, you'll be able to pick up an extended cut of the film on Blu-ray, 3D Blu-ray, or DVD with an extra 13 minutes of footage as well as a whopping nine hours of bonus material covering pre-production, shooting, digital effects, and much more. It's quite a bit less added footage than Jackson put back into his Lord of the Rings films — but The Hobbit was already stretched pretty thin. We're glad to see Jackson not force too much footage back in for the sake of a big number on the box. 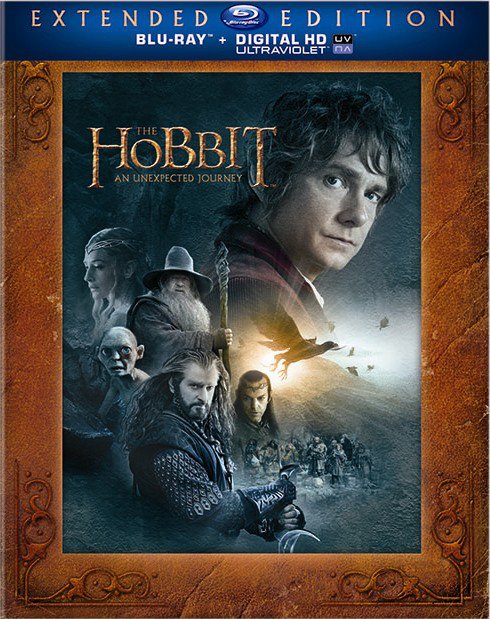 While some may question the need for a longer running time for the first Hobbit film at all, the die-hard fans this package targets surely won't mind spending a little more time in Middle-earth, and the bonus features should be another big attraction. The Lord of the Rings extended cuts contained similarly extensive behind-the-scenes features and pretty much set the standard for showing how movies are made from conception all the way to release. If you're not the kind of person who cares about physical media or packaging, you'll be able to pick up a digital copy on October 22nd. Those who wait for the disc versions will also get an Ultraviolet copy of the movie, as well.

If you want to spoil the content of one of those 13 precious new minutes, Yahoo has an exclusive clip which you can see below.