Share All sharing options for: Apple will keep fake chargers from hacking your iPhone with iOS 7

Last month, researchers at Georgia Tech unveiled a clever hack. Using a tiny Linux computer disguised as a USB charger, they could penetrate any iPhone or iPad's defenses and reportedly install malware in less than a minute. Thankfully, that attack vector will soon be far easier to combat: Apple has added a new prompt that warns users and asks them for permission in the latest beta of iOS 7.

Ars Technica originally spotted the new prompt, which you can see below, and Reuters confirmed with Apple that the issue had been addressed. "We would like to thank the researchers for their valuable input," said Apple spokesman Tom Neumayr. Until iOS 7 arrives, we suppose you'll need to manually make sure your charger is yours. Afterwards, if you see this message pop up when you plug into what appears to be a simple wall wart, perhaps you should find another power source. 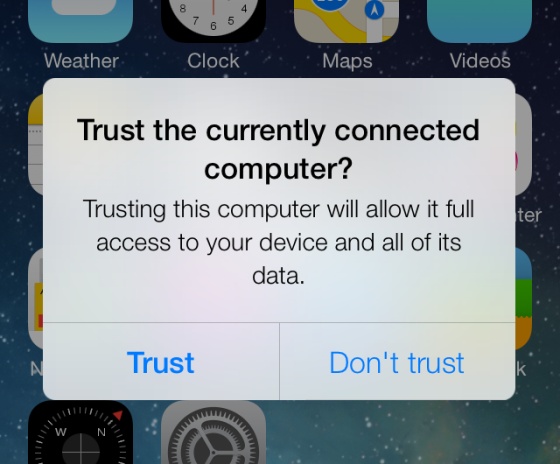