Motorola may be hard at work remaking its image and hyping up excitement for its upcoming made-in-the-USA Moto X smartphone, but that doesn't mean the company isn't working on anything else at the same time. According to an image posted to the @evleaks Twitter account, Motorola is continuing its close partnership with Verizon to produce Droid-branded smartphones, the latest of which appears to be the Droid Maxx. Unlike the Moto X, which will not be a Droid smartphone for Verizon but will be available across multiple carriers, the Droid Maxx carries on the line of Droid-branded Motorolas that dates back all the way to the original Motorola Droid of 2009.

Based on the image, the Droid Maxx is a mild evolution in design over last year's Droid RAZR HD and RAZR Maxx HD, despite allegedly dropping the 'RAZR' name. It still has the trademark carbon fiber pattern, but it appears that Motorola has condensed the bezel surrounding the display, which can either shrink the overall footprint of the phone or allow for an even larger screen in the same size chassis (the RAZR HD / RAZR Maxx HD had a 4.7-inch display). Unfortunately, we don't know other details, such as processor, screen size, or resolution, or anticipated release date and price. But Motorola and Verizon have traditionally launched new Droid devices in the early fall to capture the holiday shopping crowd, so it may not be long before we see an official announcement of the Droid Maxx.

Update: French site Nowhere Else points us to an XDA-Developers forum thread where an image of a similar, large-screened Motorola device that bears a strong resemblance to the Droid Maxx leak. Supposedly, the phone is known as the Droid Ultra. 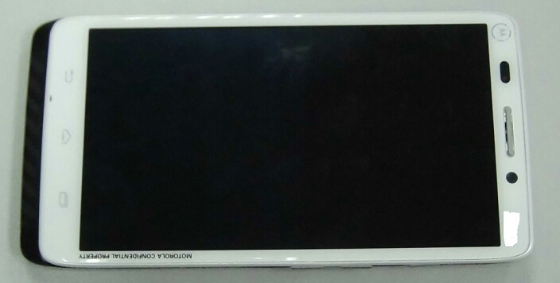 Update, 7/8/13: The leaks keep coming — @evleaks has seen it fit to unveil the back of the Droid Maxx over at The Unlockr. It looks exactly as you'd expect, keeping Motorola's carbon fiber backing in place. The new piece now refers to this phone as the Droid Ultra, despite the fact that the front looks exactly like the Droid Maxx photo that @evleaks released earlier. It's not clear exactly which phone is which yet, but we're sure Verizon and Motorola will clear this all up for us sooner than later. 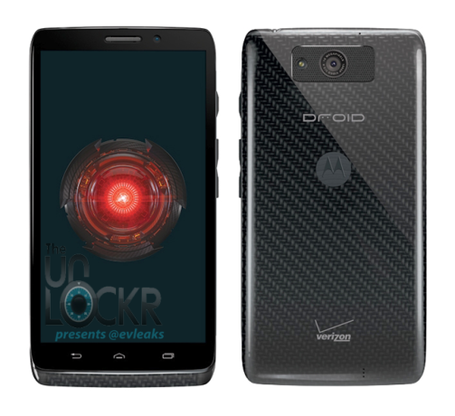