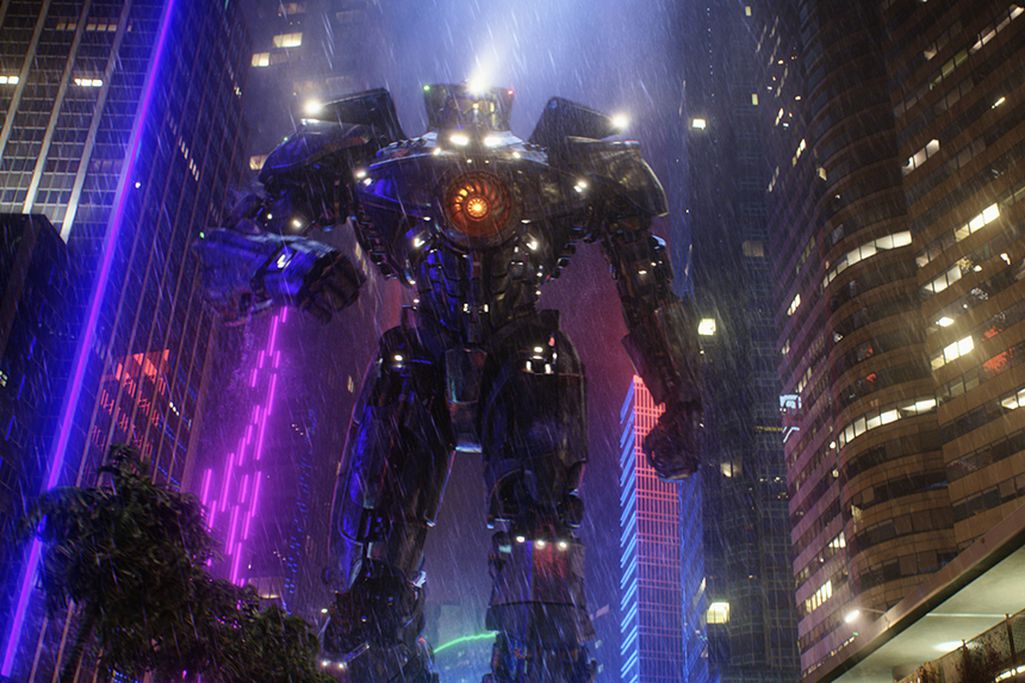 Whether or not it sounds like damning the film with faint praise, the greatest virtue of Guillermo del Toro’s Pacific Rim may be that you can always understand what’s happening, what the characters are doing, and why they are doing it. After what seems like years of convoluted megamovies whose pretzel-like twists, turns, and double-crosses confound logic and confuse audiences, it’s incredibly refreshing to watch a film where the setup is simple, the mythology straightforward, and the execution consistently clear.

Working on his biggest canvas to date, the director of Hellboy and Pan’s Labyrinth introduces an entirely new world to audiences with a robots-versus-monsters scenario that includes the same sort of nerdy details and sci-fi jargon as its overcomplicated brethren, but under del Toro it all makes sense — and even better, he makes us care about it. 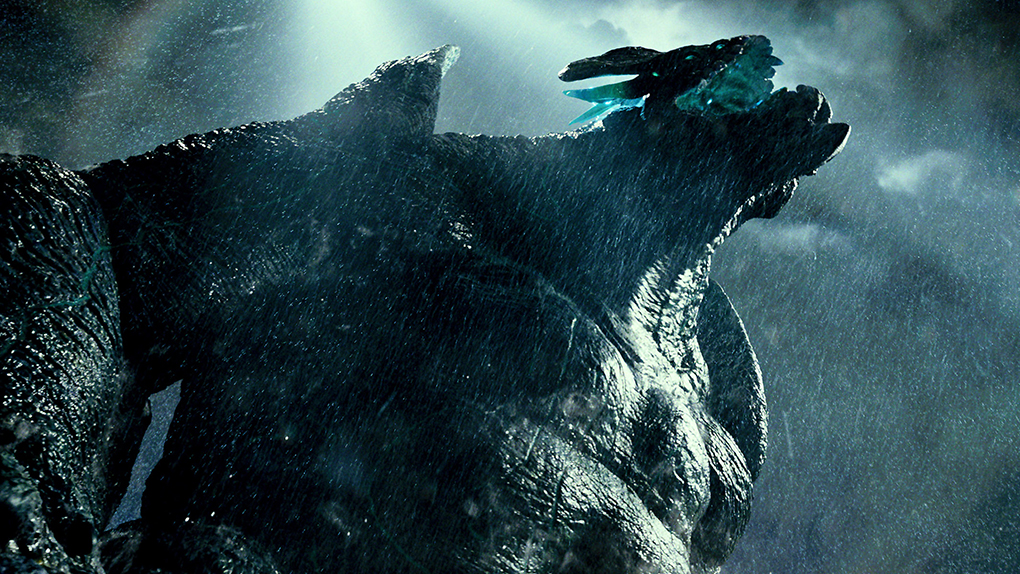 Humanity comes together to battle the Kaiju

The film takes place in the not-too-distant future, where a portal unexpectedly opens at the bottom of the Pacific Ocean, unleashing a wave of monstrous, building-sized beasts called Kaiju upon the world. (The term comes from the Japanese movie genre of the same name, which gave birth to such iconic characters as Godzilla, Mothra, and the Cloverfield monster.) In order to combat these creatures, humankind overcomes its geographic and political differences to create Jaegers, robots of equivalent size that are piloted by two people via a sort of mindmeld called a “neural bridge.” The fraternal bond between Raleigh Becket (Charlie Hunnam, Sons of Anarchy) and his brother Yancy (Diego Klattenhoff) makes them the best monster killers in the Jaeger program — that is, until Yancy is killed in battle, prompting Raleigh’s early retirement.

Five years later, the Jaeger program lives on as a shadow of its former self: only a handful of the machines remain, and even fewer pilots. But when commanding officer Stacker Pentecost (Idris Elba) turns up to re-enlist Raleigh for a final all-out assault on the portal in the hopes of saving humanity once and for all, the disillusioned soldier finds himself paired up with ambitious novice Mako Mori (Rinko Kikuchi), whose own past traumas may prove to be the key that unlocks the program’s greatest partnership yet. 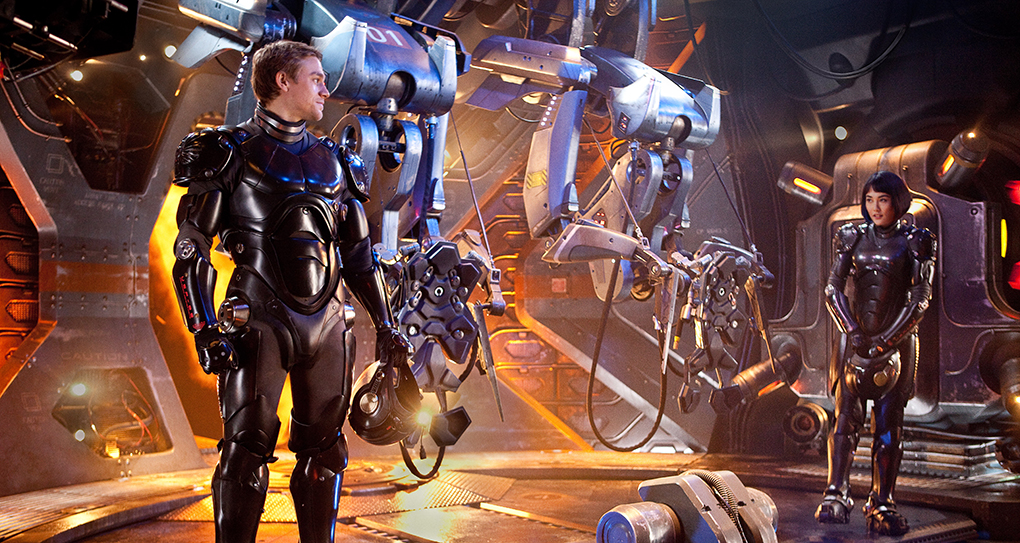 Although all of that might seem complicated, once you know the words “kaiju,” “jaeger,” and “neural bridge,” you understand all you need to know about Pacific Rim — at least at the outset. What’s interesting about this film’s seeming simplicity is that it highlights an odd truth about cinematic mythologies in general: the more immediately digestible they are, the more interested audiences seem to be in examining their edges, uncovering their details, and expanding the world. For example, all we needed to know about Star Wars in 1977 was the Rebels, the Empire, the Death Star, and the Force, and suffice it to say that a couple of universes worth of characters, species, technologies, and even philosophies have since been developed. Compared to the updates and reinventions in Star Trek, Man of Steel, and The Lone Ranger, del Toro’s film is mercilessly streamlined, an exercise in restraint in spite of the fact that all its machinery (literal and metaphorical) was created from whole cloth.

Speaking of that machinery, the action — no small part of the film’s appeal — is phenomenal. Each fight evolves from the previous one, feels suitably epic, and actually serves a narrative purpose. After an opening sequence introduces the basic science of each Jaeger, the movie mostly avoids too many unnecessary expository details, instead unleashing the established foundation of technique and technology upon whatever odd-shaped monster might be in a Jaeger’s way.

Raleigh’s machine Gipsy Danger, for example, uses an energy cannon, a retractable sword, and a rocket-powered haymaker to combat its opponents. But unlike a James Bond film where the hero advertises a cool gadget, uses it once, and then loses or discards it, Gipsy returns to each of them multiple times. It serves as an ongoing reminder that these destructive ‘bots are not sentient beings a la Transformers, but machines with the skills and personalities of the humans piloting them. The repetition also gives the Jaegers a certain kind of believability — a palpable physicality that suggests there are finite limitations to the ways they can move, much less to the number of missiles they can fire.

The jaegers have a palpable physicality 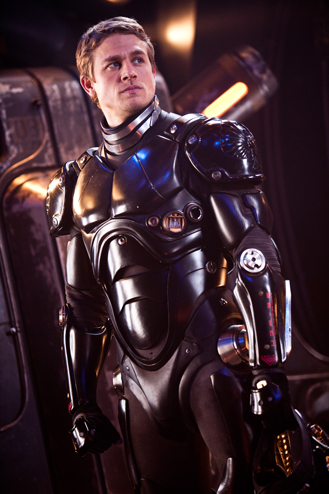 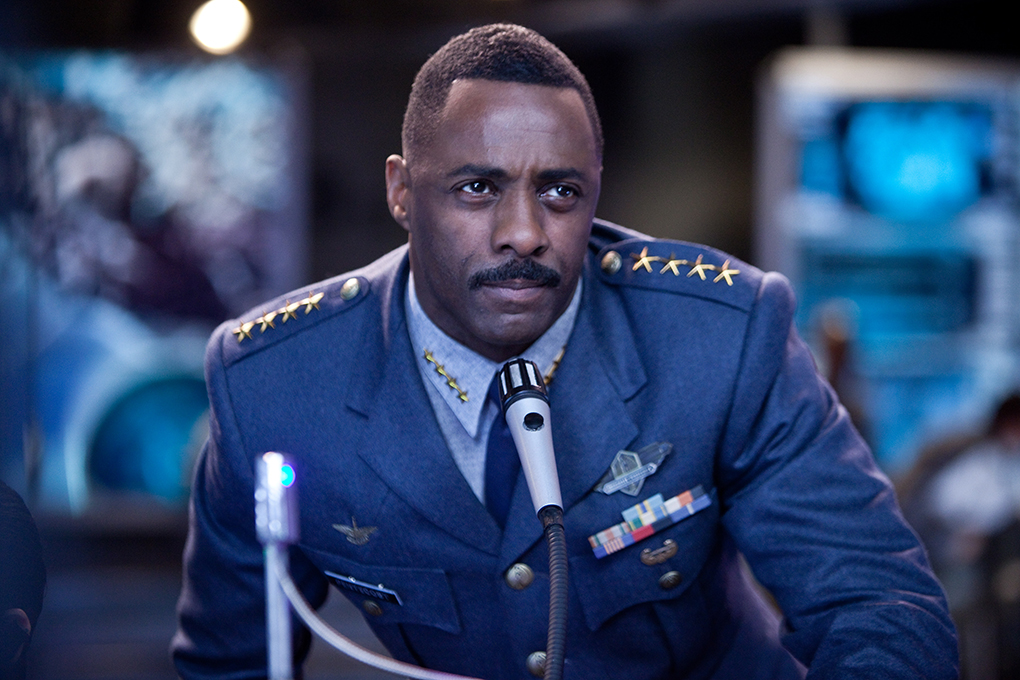 A rich ensemble of characters 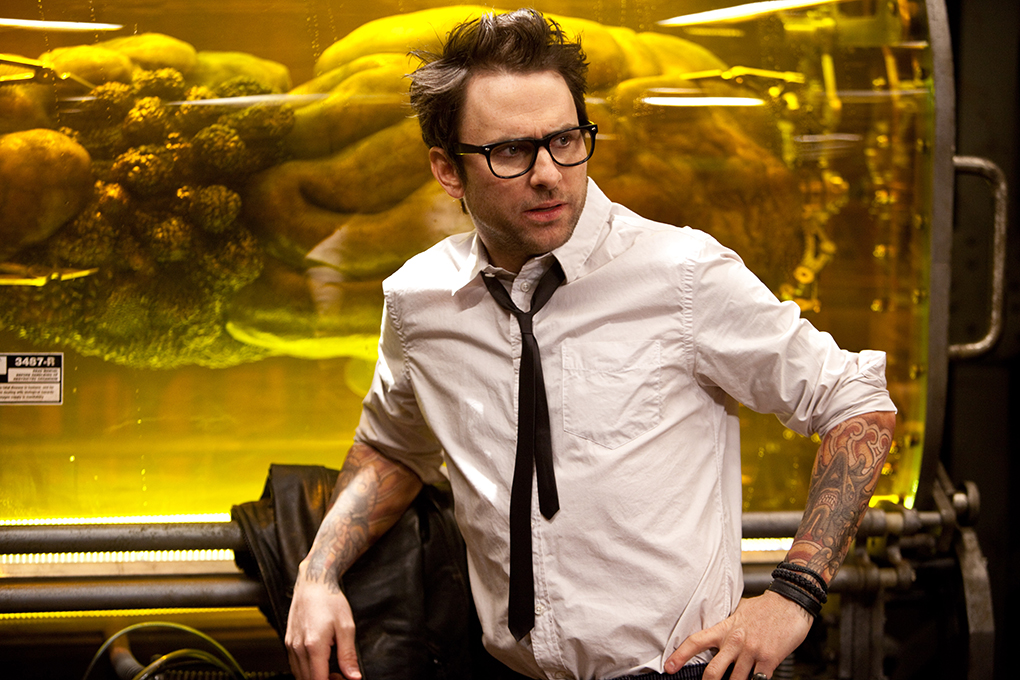 Like some of the most iconic sci-fi blockbusters, Pacific Rim also has the advantage of appealing, archetypal characters and a story that’s both viscerally and emotionally engaging. Whether or not you care deeply about Raleigh, the film’s Maverick-esque rule-breaker, del Toro and his co-screenwriter Travis Beacham (Clash of the Titans) populate the world of the film with a rich ensemble of different characters, each of whom not only serve an important function in the narrative, but also provide a dramatic (or comedic) counterpoint to one another. Max Martini (TV’s Revenge) and Robert Kazinsky (True Blood) play father-and-son Jaeger pilots whose generational contentiousness conceals the importance of deep-rooted connections within a world largely defined by loss, while Charlie Day (It’s Always Sunny In Philadelphia) and Burn Gorman (Torchwood) feature as a pair of bickering scientists — offering a wealth of scientific mumbo-jumbo, but also exemplifying how people make different, equally significant contributions to a war effort even without stepping onto a battlefield.

Raleigh is comparatively the weak link: bland, blonde heroism whose conventional journey provides a nucleus for the more dynamic characters to orbit. (It doesn’t help that Hunnam lacks, or fails to communicate, the quality that differentiates Raleigh’s initial swagger from his subsequent humility.) Meanwhile, the relationship between Martini and Kazinsky’s characters, or Mako and Stacker, reinforces deeper themes within the film — about parents and children, loss and redemption, and the intangible bonds that form between the unlikeliest people. 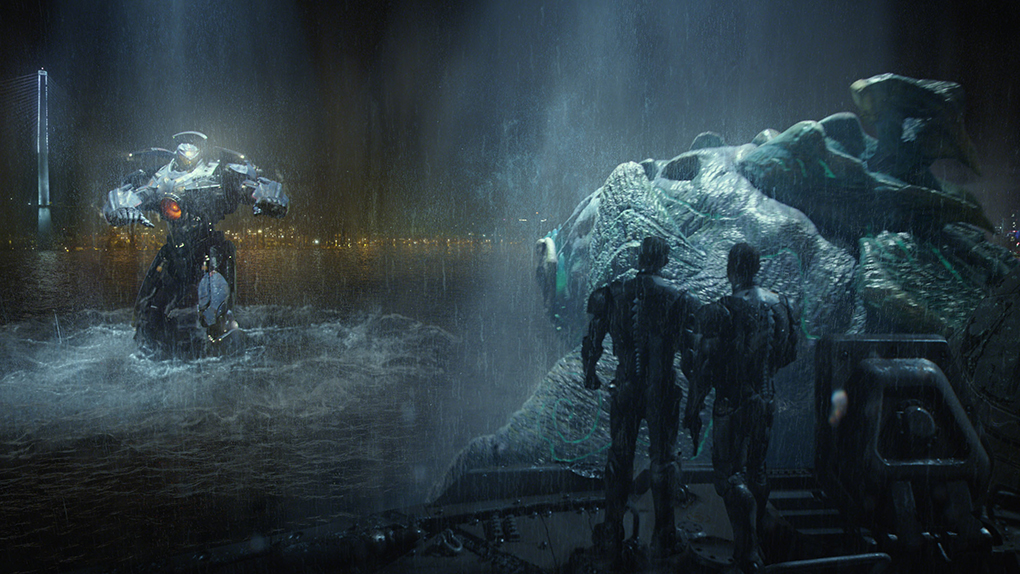 One of the most satisfying movies of the summer

Admittedly, del Toro’s film is the sort you go to in order to watch giant monsters fight giant robots, and then incidentally stay for all of that character development and thematic complexity. Certainly fans of those Japanese kaiju eiga that inspired Pacific Rim will find much to enjoy amidst its wanton destruction, which marvelously includes the sight of a robot scoring a home run off a monster’s forehead with a bat improvised out of a battleship. But again, the beauty and straightforwardness is deceptive, the simplicity of the film’s bruising physicality hooking you into its more sophisticated underpinnings.

Ultimately, all Pacific Rim really needed to be was a clear-eyed, proficient example of high-concept thrill-ride storytelling, whether or not its “original” premise was particularly original. But del Toro accomplishes that task and then some, making one of the most satisfying movies of the summer — and one of the best of his career — by creating not just a new world, but one whose mythology actually deserves a universe.

Pacific Rim opens on July 12th. If you'd like to discuss the film — spoilers and all — join the conversation in the forums!