Without the web, Syrian journalists turn to pirate radio

Share All sharing options for: Without the web, Syrian journalists turn to pirate radio

Lina Chawaf has spent the past two years watching her friends disappear in Syria. Some were killed, others imprisoned. Many, like Chawaf, were journalists.

"Real journalists can't work in Syria," Chawaf, 43, explained over coffee in Paris last week. She's been living here in exile for the last two months, after having fled her native Damascus more than a year ago. She spent 20 years working as a journalist in Syria, but left for Canada once President Bashar al-Assad began tightening control over the media following the outbreak of civil war in 2011.

"Now, if you say or write anything that the government doesn’t like, they will arrest you or kill you," she said. "I couldn't cooperate with that. Everyone has a conscience."

Assad's propaganda offensive has crippled Syria's media, dramatically skewing coverage of a conflict that has killed more than 100,000 people. Foreign news broadcasts are blocked in the country, and correspondents are regularly killed. Whereas news in other Arab Spring countries was disseminated through Twitter and social media, Syria’s internet infrastructure — like much of the country — is in tatters. Content is heavily filtered, and web access is sporadic or, at times, even nonexistent. .

Without a stable and secure internet, Chawaf and a group of other exiled journalists have begun turning to more traditional technologies. The technical challenges they face are formidable, and the risks could prove fatal, but Chawaf remains optimistic that the old can succeed where the new has failed.

Late last month, she and a team of five Syrian journalists launched Radio Rozana — a station that aims to bring objective and independent reporting to Syrian listeners. The Arabic-language station gathers news from a network of undercover journalists on the ground in Syria, and broadcasts two hours of news, commentary, and interviews every day via satellite and on its website.

For now, the operation is fairly modest. Chawaf and her team broadcast from a small apartment in north Paris, and rely exclusively on funding from French government agencies, Reporters Sans Frontieres (RSF), and other European nonprofits. But Rozana is still in a fledgling phase, and Chawaf hopes to see an increase in listeners when the station launches on FM radio in the near future. 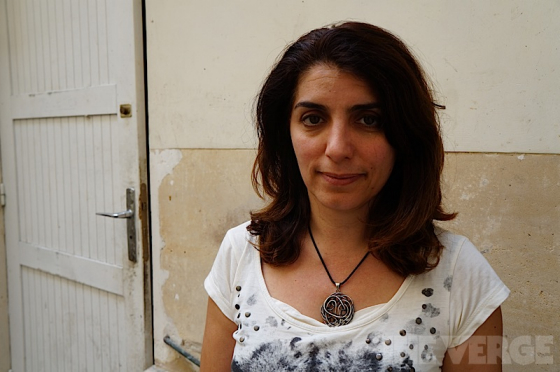 Whether Rozana can actually penetrate Assad's media fortress remains unclear. Chawaf, the station's program editor, acknowledges that the regime could use jammers to block Rozana’s FM signal, though she doesn't seem troubled by the prospect. ("We would just switch to a new frequency.") Rozana plans to install transmitters in other countries to beam FM waves into Syria from afar, but Chawaf declined to say which countries are involved or how many would be installed, citing security concerns.

Syrian law forbids radio stations from broadcasting political content, so if Rozana draws an audience, authorities would likely seek to jam its transmissions. Last year, the BBC accused Syria of jamming its satellite transmissions, in violation of international satellite regulations. That underscores a fundamental tension in Chawaf's plan: she wants to reach Syrians, but if Rozana causes a buzz, the risk of government intervention becomes greater.

So far, Rozana's website remains accessible from within Syria, though Chawaf says the site's primary goal is to help spread the word about the station itself. Only around 20 percent of Syrians have access to the web, and those that do typically have to deal with power outages, slow service, or blackouts. Chawaf hopes that offering Rozana on several platforms will increase its chances for success, noting that news and information could trickle down from those who are connected in the country.

"They’re putting their lives at risk."

Of more immediate concern is the safety of the station's correspondents. Rozana — which translates in Arabic as "the window that lets the light in" — gathers its news from a team of 30 citizen reporters in Syria. Chawaf and a team of RSF journalists trained them for six weeks in neighboring Turkey earlier this year, giving some of them pseudonyms to protect their anonymity.

"It’s easier for them to move around in liberated areas, so they can use their real names there, but in areas controlled by the regime, it’s more dangerous," Chawaf said. "They’re putting their lives at risk."

Chawaf declined to detail how she communicates with Rozana's correspondents, saying only that she relies on a variety of security systems to evade Syrian surveillance. She admits that it can be difficult to verify the objectivity of reports she receives — especially when they concern something as gruesome and personal as civil war.

"You have to separate feeling from truth."

"It's not easy to control emotion if you're seeing your own people getting killed," she says. "But as a journalist, you have to be neutral, which is how we trained them in Turkey. You have to separate feeling from truth."

In previous interviews, Chawaf has stressed that Rozana's coverage would not be influenced by its funders. The French government has been among the most outspoken supporters of the rebel groups looking to overthrow Assad, but Chawaf says her motives have nothing to do with politics or an "overseas agenda." Rozana, she says, only aims to bring "Syrian stories to Syrian people."

In Paris, Chawaf finds herself far removed from the atrocities that her correspondents witness every day, though launching Rozana has demanded personal sacrifices. Her husband and two teenage children remain in Canada, where the family moved after fleeing Damascus, and she’s not sure when she may see them again. Her radio station’s funds are finite, but there’s also no sign that the Syrian conflict will end anytime soon, and Chawaf seems determined to broadcast for as long as the war continues.

To Chawaf, Rozana is more than just a radio station

There's a subtle sense of resignation to Chawaf’s voice as she discusses her family — the hushed tones of a mother torn from her children. But there's a quiet determination there, too. Her tenor is soft yet deliberate when she talks about the friends she's lost, her deep, plaintive eyes silently speaking to the horrors they’ve seen.

It’s only when the conversation turns to Syria's media crackdown that her voice rises, eyes alight. It becomes clear in these moments that to Chawaf, Rozana is more than just a radio station — it's a duty she must carry out both as a journalist and a Syrian.

And although the station's future remains precarious, at least one thing is not: Chawaf won't set foot on native soil anytime soon.

"No way," she says with a soft laugh. "Maybe not for many years."