When Tim Westergren says something about music, it's easy to believe him. He not only possesses rock-star good looks and a background as a pianist, but he also co-founded Pandora, the web's most popular radio service. Each month, Pandora supplies more than 70 million people with nearly every genre of music, from acid rock to country to boogie-woogie.

Westergren says that webcasters pay way too much for the right to stream music online, more than traditional or satellite radio. He wants Congress to pass a bill that will reduce the royalties for companies like Pandora. Opposing him is a large segment of the music industry, a sector reviled by fans over the past decade for pursuing an anti-piracy strategy that included suing customers.

Pandora is taking fire from all sides So, Pandora should be having an easy time of winning supporters, right? On the contrary, the company is taking fire from all sides. Members of the legendary rock band Pink Floyd penned an op-ed accusing the service of tricking artists into cutting their own paychecks so Pandora could add customers. The NAACP said the company’s proposed rate changes would "eviscerate" royalties paid to many elderly black performers and songwriters from the Motown era, who were not originally compensated well for their work. And Citizens Against Government Waste, a conservative think tank, accused Pandora of trying to undermine the free market.

What Pandora has, above all, is a PR problem. Pandora struggles to win hearts and minds because its leadership lacks credibility, and has also been utterly inept at pitching the company's plan to the public, press, and Congress. Pandora failed to generate congressional support to lower royalties last year and unless the company's leadership dramatically changes its strategy, the popular radio service doesn't appear to have a prayer of getting help from Washington any time soon.

Michael Pachter, a research analyst with Wedbush Securities, believes Pandora will eventually thrive but that its attempt to legislate lower costs is misguided. "The bill is idiotic," Pachter said. "It's insulting to Congress to say you want regulation to lower your costs at the expense of artists. Did you see who was on stage with Obama helping him campaign? Jay-Z and Bruce Springsteen. That's the Democrats, and how many Republicans are going to want to legislate against capitalism and the free market?"

Compare that to Spotify, one of Pandora's top rivals and a company that was also criticized for not compensating artists well enough. In the last year, Spotfy has had no trouble winning over big-name friends. At the same time that Pink Floyd accused Pandora of trying to "trick artists," the band was licensing its psychedelic songs to Spotify. Metallica, The Eagles, Adele, Coldplay and Oasis are some of the other one-time streaming-music holdouts that have recently authorized Spotify to offer their catalogs. 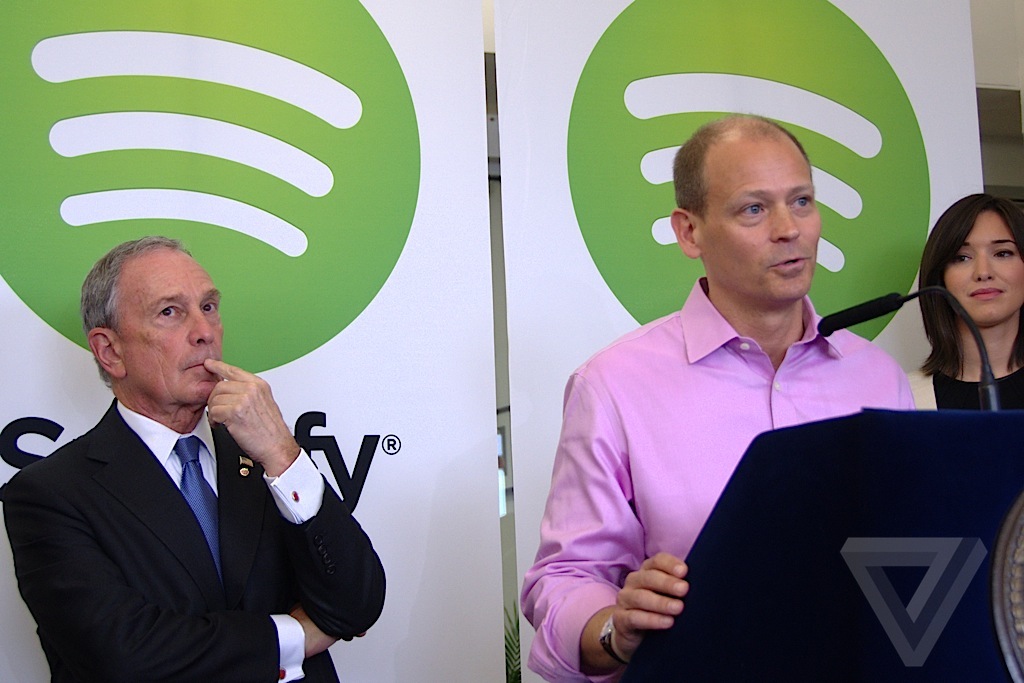 Spotify has sent their chief content officer, Ken Parks, to build ties and educate artists and their managers about what the company is trying to achieve. Compare that to Pandora: instead of winning over well-known performers that could lend it some credibility, Pandora issued a petition that asked performers to sign and show support for its proposed legislation. That only appeared to insult and rally the music industry. Music First, a group that represents musicians and labels on radio-related issues, responded to Pandora's gesture by writing a blog post titled,"Sign Here if You’d Like to Cut Your Own Paycheck."

The company has made other public relations missteps. Last week, Peter Kafka, a reporter at All Things D, took to Twitter to question how Pandora plans to reduce royalties while increasing payments to artists. When Pandora denied claims made by Pink Floyd that it seeks an 85 percent reduction in royalties, Kafka asked Pandora to disclose the correct percentage. The company refused. By not disclosing the figure, Pandora's managers appear to be hiding something. They appear to be asking musicians to support a plan that, at least initially, cuts their pay by an amount the company won't reveal. That's not going to win over anyone.

Pandora has other credibility issues. Critics point out that Pandora's managers have a tendency to change their story about the company's business prospects. In 2009, Westergren repeatedly warned that Pandora was on the verge of collapse unless it received price breaks on music, which it got. A year later, when the company was trying to woo investors ahead of a public stock offering, Pandora's leadership painted a much rosier picture of the company's business. In an interview with GigaOm's Om Malik in January 2010, Pandora CTO Tom Conrad was thrilled that Pandora had recorded its first profitable quarter. He also said managers had set their sights on full-year profitability.

Meanwhile, Westergren was living the high life, according to a story in The New York Times. At a party thrown for him by investment bankers who presumably wished to take his company public, Westergren dined on a "truffle-infused Kobe beef burger" and said: "We were in a pretty deep dark hole for a long time, but now it’s a pretty out-of-body experience.”

Managers have a tendency to change their story about the company's business prospects In February 2011, Pandora filed for a $100 million IPO and Westergren and the company's officers have made millions of dollars in stock sales. As part of the public offering, Pandora opened its books. Records show the company reported two profitable quarters during the first nine months of its 2010 fiscal year, but an overall loss for that nine-month period totaling $328,000 on a revenue of $90 million. Since then, Pandora hasn't come close to posting a profitable quarter, let alone a full year.

Fast forward to 2012, one year after the IPO, and Pandora was back to saying it couldn't make a go of it. Mike McGuire, a media and mobile analyst for Gartner, says he's not surprised that Pandora's royalty plan hasn't received a warm reception. "What people see is that you've been very successful with tens of millions of users, and went public," McGuire told The Verge. "A lot of people made money from that IPO, and now somehow you're at the point where you guys need a lower payout."

Jonathan Segel, a former Pandora employee who is also a professional musician, recently published a blog post in which he came down squarely in favor of the music industry on the royalty issue. Segel wrote, "I began to distrust Tim [Westergren] more and more the longer I watched him operate." In an interview with The Verge, Segel elaborated. "Pandora has not shown its [royalty reduction] would be a benefit to artists. Tim and Pandora just aren't transparent. "