Dropbox takes on iCloud with cloud syncing for any app

Dropbox takes on iCloud with cloud syncing for any app

Dropbox wants to provide the cloud backbone for all types of mobile apps and websites. At its first ever developer conference today, the company revealed a new service that takes Dropbox away from just files and folders. With a new API called Datastores, the company is hoping to power the way third-party apps sync data like contacts, to-dos, game saves, and more across multiple platforms in near realtime.

If it doesn't sound revelatory, it's because developers have been effectively hacking in this sort of functionality with Dropbox for quite some time. Apps like password manager 1Password use a file synced with your Dropbox folder to keep its desktop app and mobile apps all on the same page. With the API announced today, such syncing will be much easier to implement and presumably more reliable. Because of this, we will likely see cloud syncing in more apps going forward, hopefully meaning a future where you don't lose game saves every time you get a new Android phone isn't so far off. Even better, with Dropbox's vision you'll be able to pick up a game save you started on an Android phone on your iPad.

"The spiritual successor to the hard drive."

Datastores is available for iOS, Android, and Javascript developers, and Dropbox says that it will offer offline support. If you add a new to-do item to your phone while you're offline, for instance, Dropbox will handle that change automatically once your phone has an internet connection. The company is also touting the API's ability to handle conflicts: it can merge changes if a contact's email address and phone number are both changed at the same time it will handle both modifications seamlessly.

Dropbox is hardly the first to offer cloud services through an API for developers. Microsoft has been courting iOS developers with its Azure services, for example, and Apple offers its much-maligned iCloud for developers to sync files and settings. But Dropbox is well-known — the company just announced it has 175 million registered users, up from 100 million just eight months ago — and since developers have already been trying to hack in this functionality the new API should be very welcome. 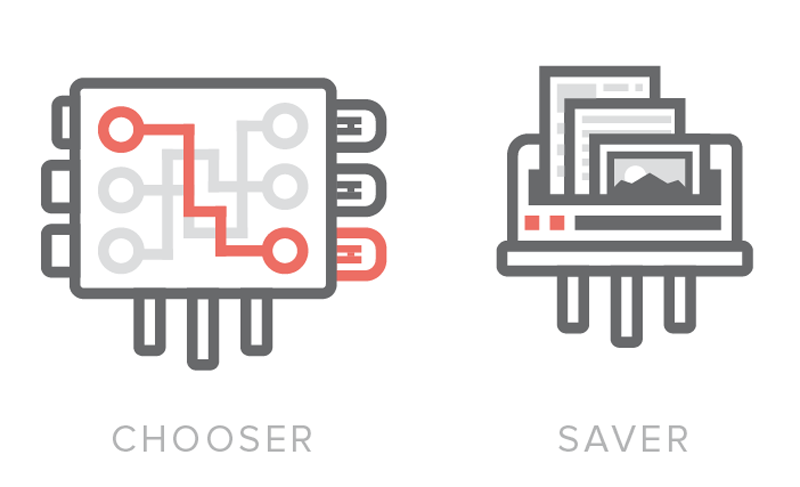 In addition to Datastores, Dropbox is also introducing new features called "Drop-ins." The first two are Chooser and Saver, which let apps natively use the "save" and "open" Dropbox windows to select files saved to your cloud storage. For example, Dropbox-owned iOS client Mailbox was updated today with an option to attach any file from your Dropbox to an email. The new functionality makes it the only iOS email app that lets you attach anything other than a photograph. The same feature has already been introduced to Yahoo's webmail app and Yahoo Mail for Android was just updated today with support for Dropbox attachments. 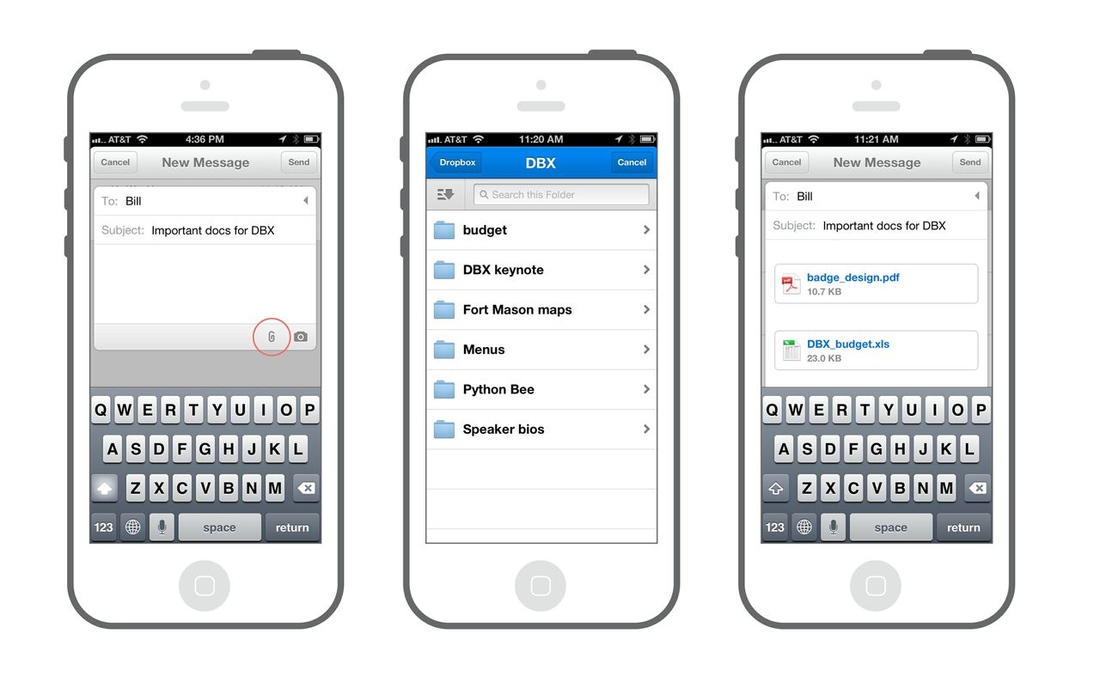 While most of Dropbox's announcements today at its DBX developer conference aren't immediately applicable to consumers, the new features do reveal what the company is going for. In the "post-PC" era and a world of mobile operating systems largely devoid of file systems, Dropbox wants to become the "spiritual successor to the hard drive," as CEO Drew Houston told Wired — the "fabric that ties your stuff together." We're not there yet, but Dropbox's new tools certainly have us excited for a better-synced future.

Update: Mailbox 1.4.0 for iOS with support for Dropbox attachments is now available to download from iTunes.