If a post earns a lot of +1s, it will now get a little boost in your Google+ news feed, thanks to an update rolling out this week. Users with the update will see a header detailing who in their network has +1'd a post, in a design that's eerily similar to Facebook's "liked this" header.

But while Facebook has offered this feature for years now, Google+'s various privacy features make implementation a bit trickier. Users will be able to control who sees their +1s from the settings panel — making the activity globally visible, or limiting it to certain circles. Google reiterated that users will only see posts they have permission to view, and posts will never be bumped onto a feed by sheer volume of activity. The result is more modest than Facebook's universal "like" counter, but a useful addition to Google+'s roster of features, coming on the heels of the network's ground-up redesign in May. It's also a good way to fill up your feed, which could help combat the "ghost town" effect the network has struggled with. 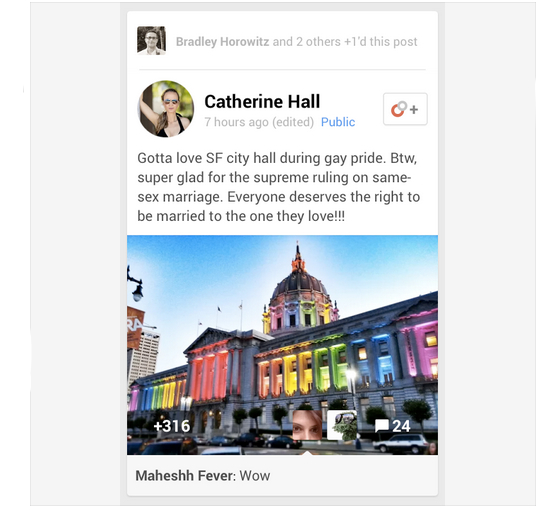