After the formal launch of the Moto X today, Motorola's first true flagship phone as a Google-owned company, the hardware maker decided to tweet just one thing — "Yep. We've got wood." The tweet was partly a nod to the coming option for a wooden backplate, but mostly it was an off-color attempt to be edgy with a penis joke. After a couple hours, and after being called out on Twitter and Gizmodo for the crude approach, Motorola pulled a 180. The company took down the original tweet and replaced it with something much simpler: "Yep. It's here, w/ more than 2,000 combos." 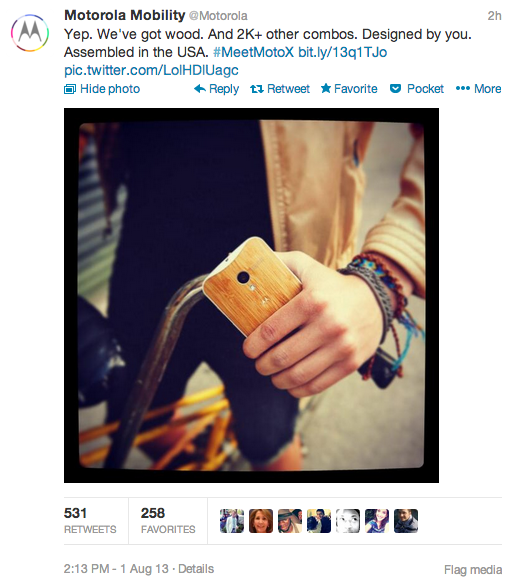 Yep. It's here, w/ more than 2,000 combos. Designed by you. Assembled in the USA. #MeetMotoX http://t.co/by2VQrBAfP pic.twitter.com/2cZBhgwXxD

But "we've got wood" wasn't the only innuendo Motorola ran away from as the Moto X made its official debut. On its website, in a page touting the Moto X's unmatched customization features — backplates, faceplates, and metallic accents can be tweaked into 504 unique options — and under a banner that read "feminine mystique," Motorola's marketing copy read "Is bigger really better? You decide. (16 or 32MB)." That line was later replaced with "play Goldilocks and choose the size that's right for you: 16 or 32GB." While it's nice to see the Moto MB to GB mistake corrected, the Goldilocks reference still feels a bit childish. 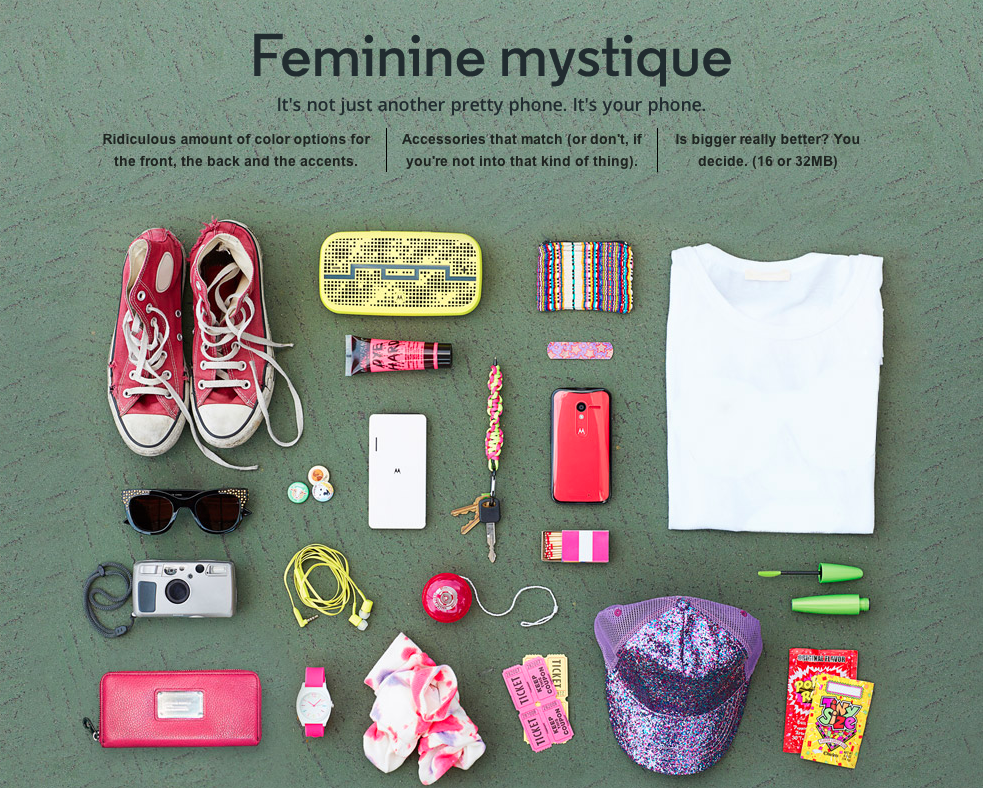 A third sex joke was also removed from this same page. In a section under the header "touch each other, not phones," the website read "Moto X responds to your voice, no touching necessary. (That's what she said.)" When the "is bigger really better?" joke was cut, "that's what she said" line lifted from The Office was removed too.

While this whole thing isn't quite as cringe-worthy as the sexist debacle that was Samsung's Galaxy S4 launch, it's clear Motorola felt like it had to step back and do a bit of damage control before it headed down a similarly ridiculous and tone deaf path. Motorola hasn't responded to a request for comment on its sex joke reversal, but if it does we'll update here.