I was cleaning out some files one day, and I managed to find some old documents obtained in my free-wheeling, coup-planning, arms dealing days. I actually managed to get these papers quite a bit ago, back when the phone being discussed was still not announced, this could have been a megaleak. I would love to get insider design documents on Nokia's current or future devices like the Lumia 920, 1020, or their rumored phablet. But its probably a good thing that I don't have them, as Nokia would have sent hitmen after me if I was able to leak schematics of their future devices.

So without much further ado, here is the link to the document in question:

This is an internal Nokia document on their phone the RM 645, which ended up on the market as the C5-00 (one of the variants, there were quite a few C5-00s) The RM 645 was a chart topping blockbuster, it sold millions upon millions, and made Nokia quite a bit of money. Today, I'll take you through an insider look at how Nokia was able to make millions of phones cheaply and quickly, and just how the hell they were able to make so much money off of it.

Now let me point out some interesting things about Nokia's design.

First lets look at the CPU: 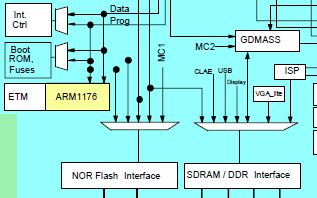 So you start off with classic haphazard CPU selection. The CPU itself is a respectable (for its time and price range) ARM 1176 (more info: http://www.arm.com/products/processors/classic/arm11/arm1176.php ). However, Nokia did not use an off the shelf SOC, they had their own implementation. Note the lack of a GPU, Nokia relied of goddamned software acceleration for its graphics at the time.

Interestingly, Nokia kept the same core for quite a few years. I believe the ARM 1176 was the same CPU they used inside the Pureview 808. They did get a better SOC though, starting with Symbian^3, their SOC actually included a GPU that was quite good (PS: Nokia uses the same SOC on their Symbian ^ 3 phones as the Raspberry Pi, needless to say, they were paying like nothing for them, it was a pretty damned cheap solution).

The RM 645 was built on the RM 424, and you can see in the document, where they compared the two different devices. Officially, the RM 645 was a "follow up" to the Rm 424, but that is simply Nokia's marketing department talking. If you look at the document, you will quickly notice that the RM 424 actually used the same CPU as the RM 645. Two phones, released a year apart, from two different generations, actually had the exact same CPU. I hated Nokia for doing this, they always used the same cheap parts in an attempt to cut costs and simplify supply lines. In fact, the design of the RM645 is a classic example of Nokia trying to get rid of the parts that they ordered too many off. From my perspective, it almost looks like a design that was thrown together to get rid of the parts that Nokia has sitting in its warehouse. 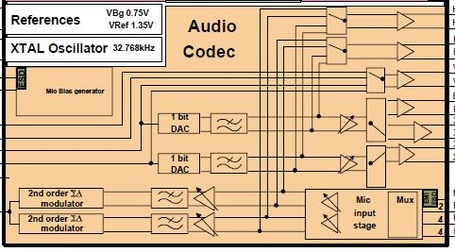 So here is a diagram of Nokia's audio chip. It was actually not integrated with the CPU as you can easily see from the full document. For the RM 645, Nokia reused the same audio processing chip that was found on the RM 424. It was a big "selling point" when it first came out, in fact, according to wikipedia, this technology "increases audibility by reducing background noise such as traffic.".

I always liked the sound and call quality of Nokia's devices, and from the schematics, you can obviously see that Nokia has put quite a bit of attention into the audio capabilities of their phones. I wonder what the audio system of the Lumia 1020 must look like. 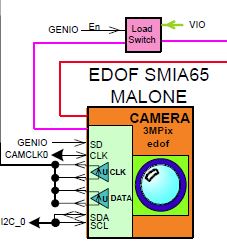 Ahh, yes the camera. The number one selling point for many Nokia devices was the care and attention Nokia puts into their cellphone cameras. However, the RM 645 is not a device that processes a camera that will make your jaw drop, It is actually one of the first cameras to use EDOF technology. A detailed explanation of the technology can be found here: http://www.allaboutsymbian.com/features/item/12789_EDoF_versus_Auto-focus_Underst.php

Now EDOF VS Auto-focus is one of the big arguments in the mobile world. You have people on both sides arguing the merits of both technologies. However, interestingly, compared to its predecessor, the RM 424, the RM 645 actually featured arguably a "worse" camera (3 mp EDOF vs 5 mp Auto-focus). Of course, there was a variation appearing of the RM 645 that had the same camera as the RM 424, as Nokia tried to address complaints by the anti EDOF crowd.

Notice here how Nokia actually had implemented a USB-OTG controller with their devices. Nokia was a huge supporter of USB-OTG, and implemented USB-OTG throughout their product line. The USB support on the RM 645 was actually quite decent. You can even plug in other Nokias and browse their storage on a Nokia. Android phones didn't catch up to Nokia until 4.0 (USB OTG was introduced on 3.1), and even now, many androids cannot match the USB capabilities of the RM 645.

Nokia always had a "tick-tock" release schedule. The Tick (in this case the RM 424) was where Nokia introduced many innovations, and as you can see from the diagram, the RM 424 was quite an intricate piece of kit. 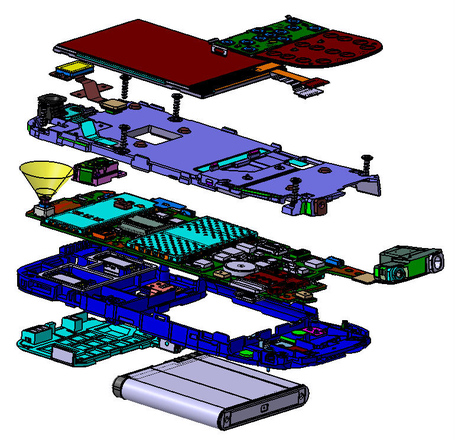 The "tock" in this case was the RM 645, a simplified version (to produce) with minor improvements spec wise, but some bigger changes interior wise. "tocks" were also traditionally when Nokia tried to cut costs, and on the RM 645, you can see that they removed the accelerometer and changed the camera to EDOF to reduce costs. You can see what the interiors of the RM 645 looks like in this diagram: 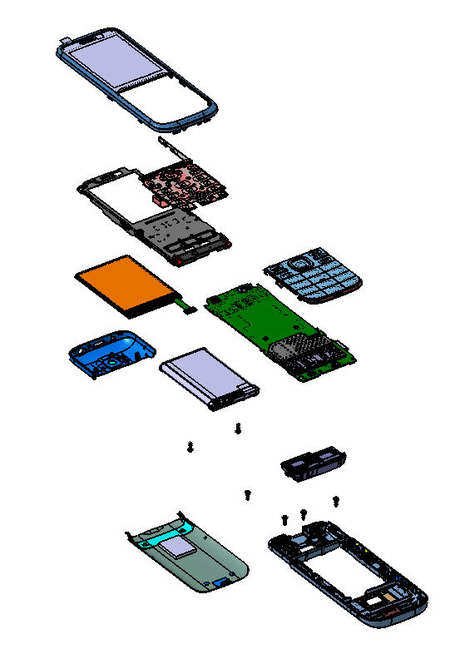 Finally, look at this:

Yeah, s60 had quite a few compatibility issues between the different versions and vendors. Extensive testing was needed to insure just basic compatibility. I obviously do not wish to return to the bad old days of symbian software development *shudders*.

So thats it for me today folks, look through the document, and you can see the how Nokia worked on designing and testing their phones.

PS: If anyone at Nokia would like me to take this document down, just send me a message (wait, does the verge support private messages?). I'm not too sure about the regulations regarding such insider documents, and I would take this post down at the request of Nokia. Please don't send hitmen.