Why is Sony still in the entertainment business?

With spinoff proposal rejected, the pressure increases on Kazuo Hirai

Share All sharing options for: Why is Sony still in the entertainment business?

Sony slammed the door in the face of a major shareholder last week when it rejected billionaire investor Daniel Loeb's proposal to spin off part of the company's entertainment business. Loeb, whose Third Point LLC hedge fund owns nearly 7 percent of Sony, had suggested selling between 15 to 20 percent of the music and film divisions in order to raise capital, sharpen the company's focus, and boost its long-suffering stock price. But CEO and president Kazuo Hirai, in an open letter to Loeb, says the company's board unanimously voted against the proposal and called 100 percent ownership of the divisions "fundamental to Sony's success."

For CEO Hirai, the proposal is the opposite of 'One Sony'

Hirai and Loeb are expressing very different takes on the same fundamental fact: while Sony is best known as a maker of consumer electronics, for the past few years its music and movie divisions have been the only consistently, meaningfully profitable part of the company besides its financial services arm, which most people outside of Japan have never heard of. Its mobile and TV divisions, by contrast, have been losing money, while the game and camera businesses are barely breaking even. For an American like Loeb, this represents a perfect opportunity to unlock value by spinning out the healthy part of the business. For Hirai, the proposal is the opposite of the "One Sony" plan to unite the company he unveiled after taking the reins.

Sony even got a high-profile backer in the shape of George Clooney, who recently told Deadline that Loeb "knows nothing about our business" and is "dangerous to our industry." The actor continued: "[Loeb] calls himself an activist investor, and I would call him a carpetbagger, and one who is trying to spread a climate of fear that pushes studios to want to make only tent poles... Why is he buying stock like crazy if he's so down on things? He's trying to manipulate the market. I am no apologist for the studios, but these people know what they are doing."

Loeb believes that the time is right for Sony to focus its efforts on returning to former glories in the consumer electronics space. The new Japanese prime minister, Shinzo Abe, has enacted a program of sweeping economic reforms, popularly known as Abenomics. It's resulted in a dramatic weakening of the yen since the start of the year — a change that has a positive impact on Sony's margin when selling gadgets overseas. It also carries the promise of structural reforms aimed at boosting the country's productivity, benefiting Sony's local manufacturing. If Abe succeeds in this — which is far from a sure thing — companies such as Sony could benefit along with investors. "Loeb is hoping a little bit of Abenomics and some new ideas at Sony could go a long way," says Eric Jackson, founder and managing partner at Ironfire Capital LLC.

Loeb has a history of turning companies around

Loeb has a history when it comes to turning around giants in trouble. He successfully petitioned Yahoo to make changes at the top after revealing that CEO Scott Thompson had lied on his resume; following this, Loeb was installed as a board member, and Marissa Mayer was appointed CEO a few months later. Although Yahoo's revival as a credible brand is far from a sure thing, most agree that the company is showing encouraging signs under Mayer.

So why isn't Sony as open to the possibility of a Yahoo-style turnaround? In part it's a difference in corporate cultures. "There has been a long list of American activist investors trying to shake up these sleepy Japanese boards — moves that would be completely normal here in America — but they have been totally stiff-armed in Japan," says Jackson. Although Loeb styles himself as a shareholder activist, his proposal threatened to derail Hirai's "One Sony" strategy, designed to overhaul the company. 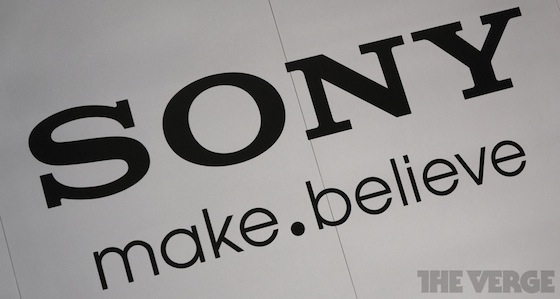 But the proposition didn't come from nowhere, and not everyone was happy with Sony's decision. Investors balked at the news last week, worried over what high-profile flops such as After Earth, White House Down, and the most recent release Smurfs 2 might mean for Sony Entertainment. The company's share price fell by 5.9 percent the day of the announcement.

"They took our suggestions seriously and acted on them."

In an interview with Variety, Loeb says that although his proposal for Sony had been rejected, he feels encouragement from Sony's agreement to offer more details and goals related to the company's entertainment earnings. "Only three months into our investment, Yahoo had completely rebuffed us. The chairman hung up on me in a phone conversation... This is a sharp contrast," says Loeb. "The only thing they rebuffed was the spin-off proposal. They took our suggestions seriously and acted on them."

The dream of "One Sony" is an old one at a company that has consistently failed to get its multiple engines firing on all cylinders. Howard Stringer, the embattled CEO that Hirai replaced, made similar noises about synergy and smashing the barriers between silos, though he left Sony a fragmented company with little in the way of a unified product lineup. If Hirai is to ignore Loeb's ideas, the burden of proof on "One Sony" gets that little bit heavier.

4K, for example, brings with it an opportunity for Sony to improve the fortunes of its struggling home electronics division — and Sony stands to gain more than most, as it has the ability to actually produce 4K content for the sets it sells. Its $699 add-on 4K media player comes with a less-than-compelling array of movies, and the promised online distribution service has been delayed until fall. Sony has a real chance to differentiate itself in the marketplace with its own movie content, but its prior efforts in the space leave little confidence — 3D was another home TV standard that suffered from a lack of things to watch, and yet Sony failed to spark consumer interest. If creating movies for new home formats is a way to sell TVs, Sony hasn't yet cracked the formula.

In the end, Sony saw Loeb's proposal as little more than a distraction along the way to executing Hirai's plan. And, with recent successes in smartphones and even televisions, it's understandable that the company would want to keep its focus on the path ahead. But the controversy has heightened the pressure on Hirai to justify the existence of Sony's entertainment offerings — both as a credible creative force in its own right, and as a way to enhance the company's products across each and every division.

Sony in transition: a new CEO drives the storied company back into profit