A warmer, wetter world won't be bad for these industries

Share All sharing options for: Meet the companies that are going to get rich from global warming

Climate change is already making its presence felt today in the form of a melting Arctic, rising sea levels and a century of rapidly rising global temperatures. But the future projections from most scientists are far more dire, indicating we’re all in store for a much hotter planet with more extreme weather events and natural disasters, which could cause a massive financial hit to the global economy, in the multiple trillions of US dollars.

two industries in particular are poised to take off

But that’s not to say that a warming world is bad for everyone’s business. In fact, two industries in particular are poised to take off: the construction industry — particularly those specializing in flood mitigation and defense systems — and the air conditioning business.

Climate scientists have been warning about the possibility of coastal flooding for decades, but only in recent years has it become apparent to people living along the waterline — and to the politicians they elect — that the threat is imminent.

Hurricane Katrina, which struck New Orleans in August 2005, breached the city’s coastal levee system and flooded over 80 percent of the city area, putting some neighborhoods up to 20 feet under water. More recently, Hurricane Sandy hit the New York City metropolitan area and the surrounding communities in New Jersey and Connecticut in October 2012, destroying hundreds of buildings and damaging thousands more. 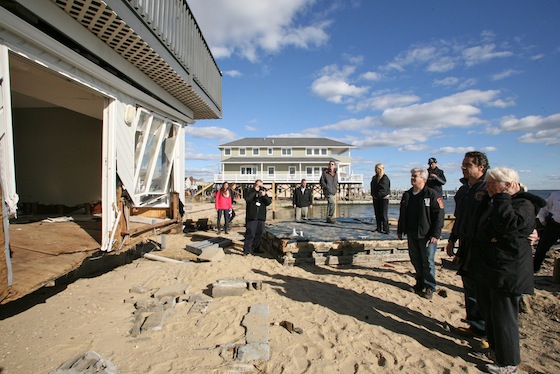 Both city governments have since undertaken massive, costly plans to bolster their flood and storm surge defense systems. In the summer of 2011, the US Army Corps of Engineers completed construction of a new 10,000-foot-long, $1.1 billion surge barrier to protect New Orleans from future hurricanes. Outgoing New York City Mayor Michael Bloomberg announced a $20 billion plan in June to build new levees and sea walls in some coastal zones of the city, and to study the construction of additional structures.

Floodproofing — at a cost

"There is simply too much money invested in coastal real estate."

It should come as little surprise, then, that the private construction and engineering companies contracted out to build such projects — both by city governments and at the behest of private companies, are poised to see increased business in the coming decades. "It is difficult to see how removable flood-wall systems will not continue to increase in number across the country and the globe," said Bryan Fryklund, vice president of communications for Flood Control America, a 16-year-old Massachusetts firm that primarily specializes in "invisible" flood wall installation — a steel wall that can be quickly thrown up at the first warning of a flood, and taken down and stored when not needed — with a starting cost of $100 per square foot. "There is simply too much money invested in coastal real estate — commercial, municipal and residential — to abandon properties to rising sea levels," Fryklund explained. 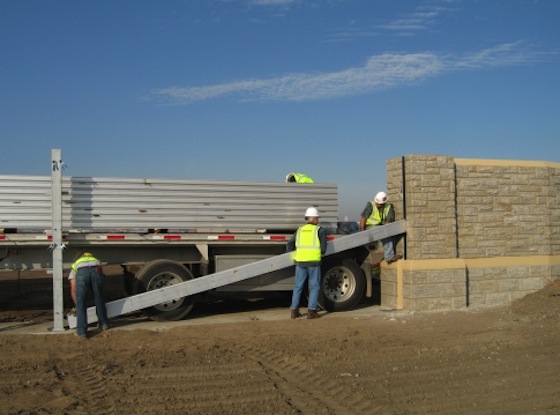 Fryklund declined to specify how much Flood Control America was raking in now, and how much it expected its business to grow in the future. He said the company’s removal flood wall barriers have been installed primarily in the Midwest around the Mississippi River. But he also told The Verge that Flood Control America’s main project at the moment was constructing a 9-foot-wall that will completely encase the Verizon headquarters building in New York’s financial district (a separate Verizon building suffered catastrophic flooding during Sandy). The company has also built similar structures for Bellevue Hospital and the New York and New Jersey Port Authority. "At least at the moment, New York City is very active in engaging in plans for flood protection," Fryklund said.

"The question isn’t whether this industry is going to explode, but by how much."

Even before any construction is done, there’s money to be made in the planning stages for future flood-defense projects. Environmental Business International (EBI), a San Diego market research firm that focuses on climate-related business trends, just released a new report a few weeks ago on that a sector that it calls the "climate change adaptation industry," which includes both planning and the actual building of projects. The report says the industry is just taking off and is now valued at $700 million in the US, but that it will reach a billion dollars in billings by 2015, and double to $2 billion by 2020. "Long term, it will likely reach the tens of billions of dollars annually, including design and construction," the report states. "The question isn’t whether this industry is going to explode, but by how much," Grant Ferrier, EBI’s founder and owner, told The Verge.

Right now, many private companies and levels of government — which in turn, means taxpayers — are footing the bill for planning and building flood defenses. Opposition to such expenditure has been muted so far in New York and New Orleans, as the public appetite for building such projects only rises in the wake of a disaster. At the same time, Americans by and large don’t support public spending on additional flood-protection infrastructure.

The other big industry poised to see growth is one that many Americans take for granted now: air conditioning. With global temperatures poised to rise between 3 and 8 degrees Fahrenheit by the century’s end, according to leading models, the climate of northern latitudes is expected to feel much more like the south. While the increase of a few degrees may not seem like a lot, it is in practice: New York City would feel as hot as Richmond, Virginia, after just a 3 degrees Fahrenheit warming, and like Atlanta, Georgia if the temperature rises 8 degrees Fahrenheit.

"The hotter it gets, the more your business increases."

Such heat increases are also poised to limit the amount of work people can do in the summers and, at least in the case of New York City, increase the number of heat-related deaths by as much as 90 percent by 2080. In this type of hotter climate, air conditioning will become all the more necessary, and companies in the industry are taking note. "The hotter it gets, the more your business increases," said John Staples, president and CEO of US Air Conditioning, a California-based air conditioning distribution company that bills itself the "world’s largest privately owned" heating, ventilation, and air conditioning distributor. 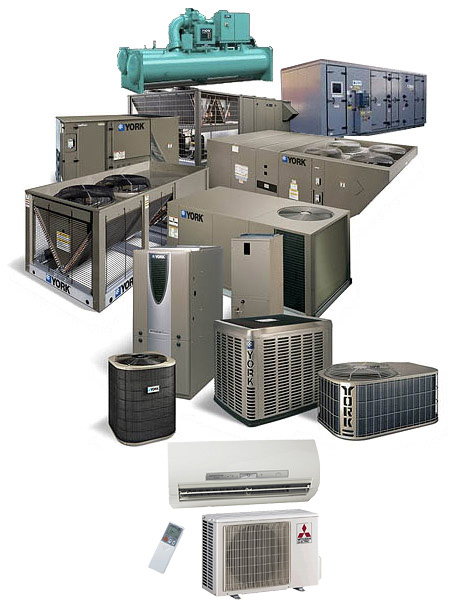 Staples told The Verge that from his company’s research, only 60 percent of people in California had air conditioning installed —and that cooler northern California could get by fine without it— for now. But he said that climate change could push this number much higher. "When people can’t sleep at night because of the heat, that’s when they’ll put air conditioning in." He pointed to Arizona, another place his company does business, explaining that "you have to have air conditioning in territory like that. If it goes out, you have to go to a motel to sleep."

"you have to have air conditioning in territory like that."

Indeed, a recent study claimed that the effects of extremely hot days on peoples’ moods were akin to losing a spouse. Staples added that the increased humidity predicted to accompany climate change would also drive more people to purchase and install air conditioners. He too declined to specify his company’s billings or projected increase. But the EBI noted that climate change would cause an "increasing peak demand for air conditioning during heat waves."

So while the earth is likely to get warmer and hotter and more miserable for many of us, for a few businesses at least, change is better than good — it’s money.