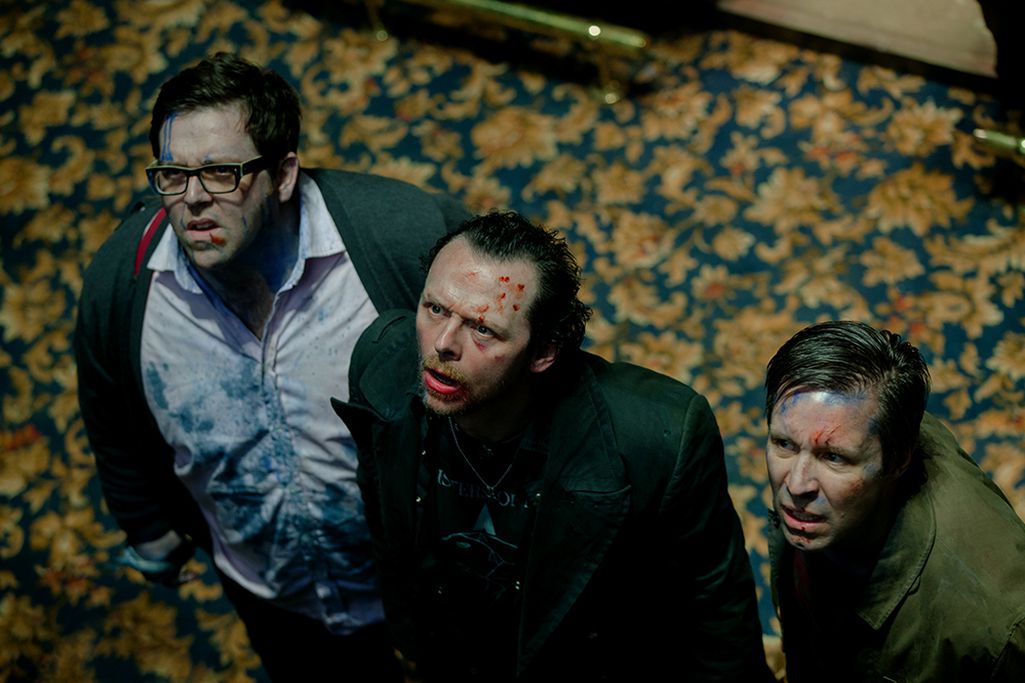 Nobody articulates what it’s like to be in love with pop culture quite like Simon Pegg and director Edgar Wright. Starting with Spaced, the inventive UK series Pegg created with co-star Jessica Hynes, the duo have crafted a body of work that feeds on our cultural obsessions — even when the stories they’re telling gently remind us that yes, eventually, we all need to grow up. That’s what makes it so shocking when they deliver a debilitating body blow to nostalgia itself in The World’s End.

It’s the final film in the unofficial Three Flavors Cornetto trilogy they’ve made with longtime collaborator Nick Frost, but if you’re expecting a trip down memory lane with the carefree exuberance of Shaun of the Dead or Hot Fuzz, you’re in for a shock. What you’ll find instead is a movie that will unexpectedly challenge your expectations — in some of the funniest ways you can imagine. 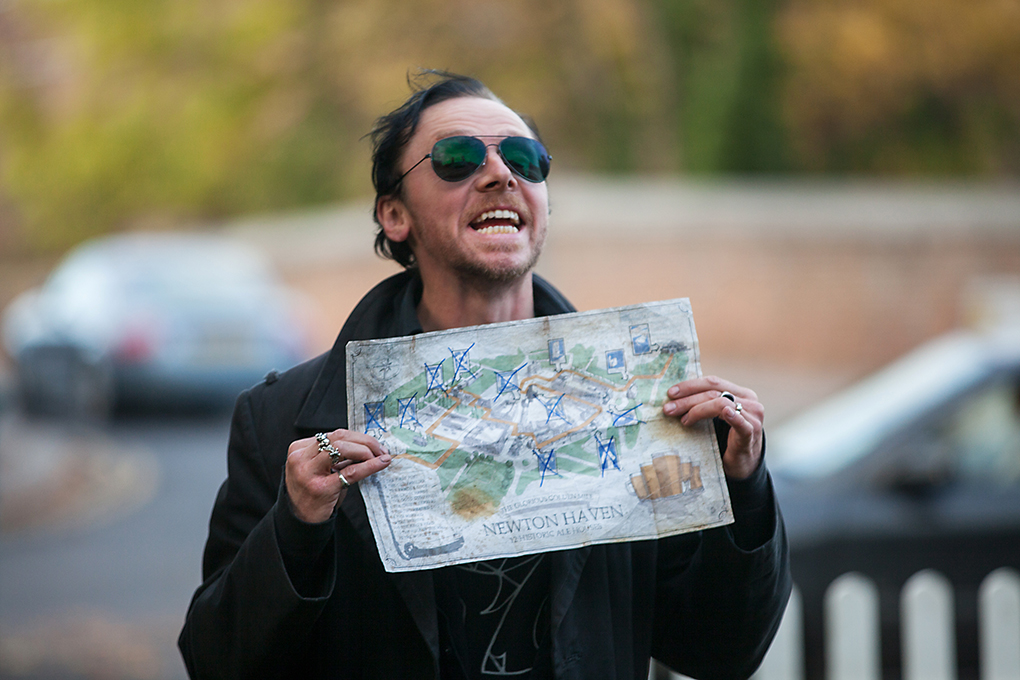 Pegg is a goth Peter Pan

The story begins some 20 years ago, when a group of five friends — led by the trenchcoat-clad Gary King — attempt a 12-stop pub crawl in their sleepy town of Newton Haven. They’re 19 and drinking heavily, so things inevitably go awry and they never quite make it to the end. Two decades later the friends have all grown up, moved on, and are living respectable lives. Everyone except for Simon Pegg’s Gary, that is.

With the same dyed-black hair and clothes he had 20 years ago, Gary’s a goth Peter Pan who’s become obsessed with conquering the crawl. He eventually rounds everyone up — including Andy (Nick Frost), his estranged best friend — and they return to Newton Haven to relive their glory years. What they find is a town that’s far from how they remember it; quirky pubs full of character have become glorified chain bars, and the people they grew up with don’t seem to recognize them at all. The group soon finds that the town has been overrun by robots, and the only way they can keep their discovery under wraps and escape is to stick to the original plan: make it to the final pub unscathed.

It’s a setup that could be played as a straight man-child romp, but it’s clear the film has more on its mind from the minute we meet present-day Gary. Pegg plays him as grizzled and weary — he doesn’t look well — and despite Gary’s forced exuberance there’s a real sadness to the character. He’s stuck in the past; Gary has the same car and mix tape as when he was younger, and he sees 19 years of age as his own personal zenith. In Shaun of the Dead we were introduced to a lead character who needed to grow up, but we still adored him. The World’s End, on the other hand, is merciless in its insistence that Gary is the damaged guy you never want to be. 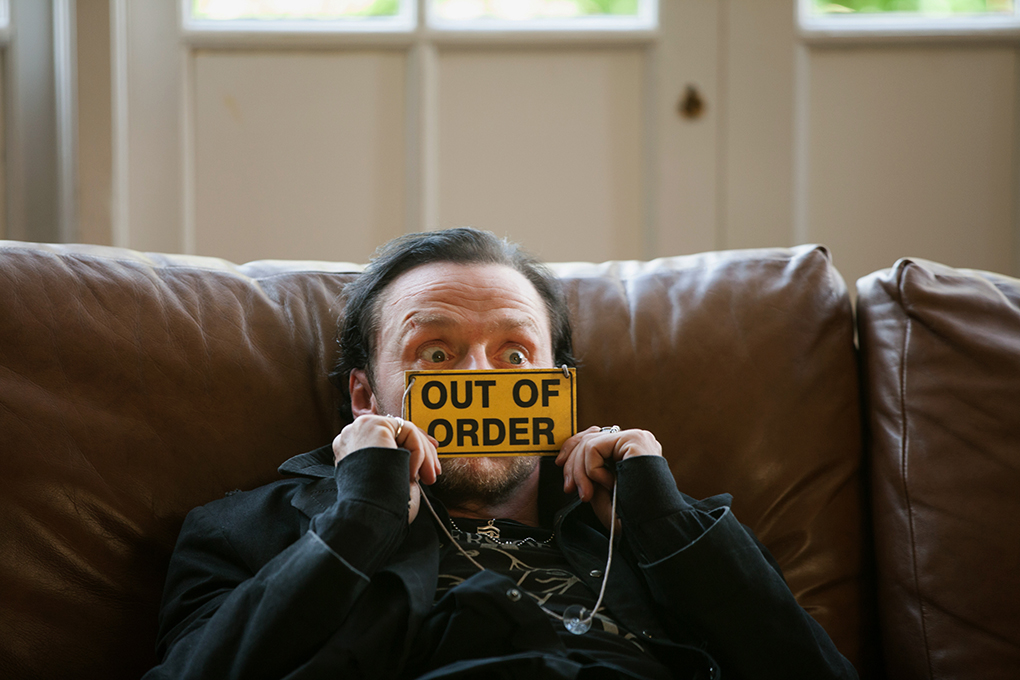 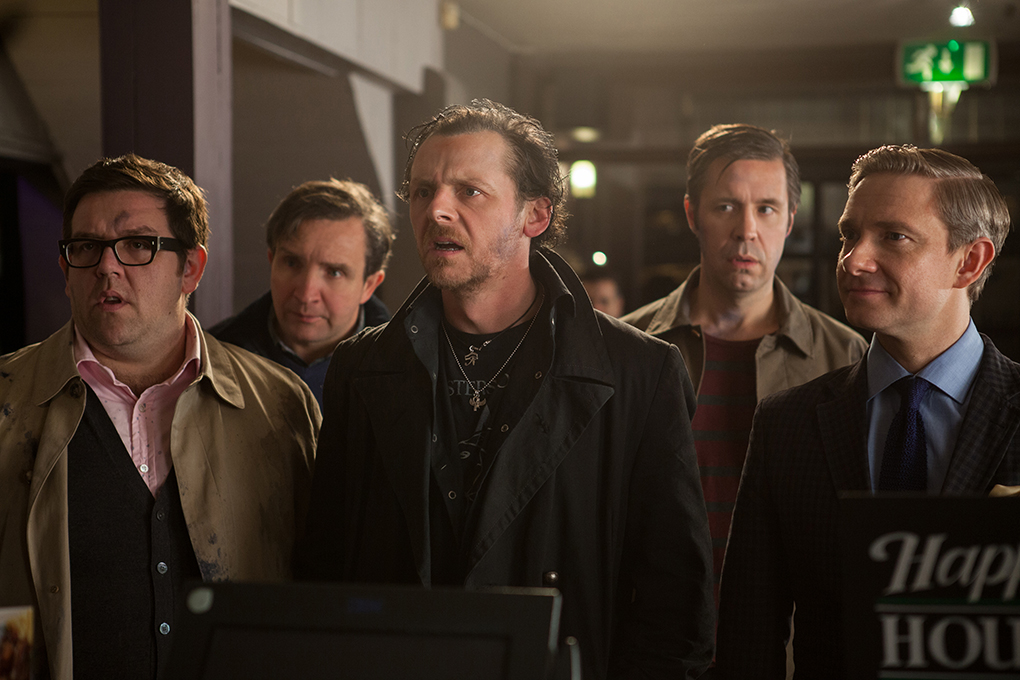 Pegg and Frost have an effortless on-screen chemistry 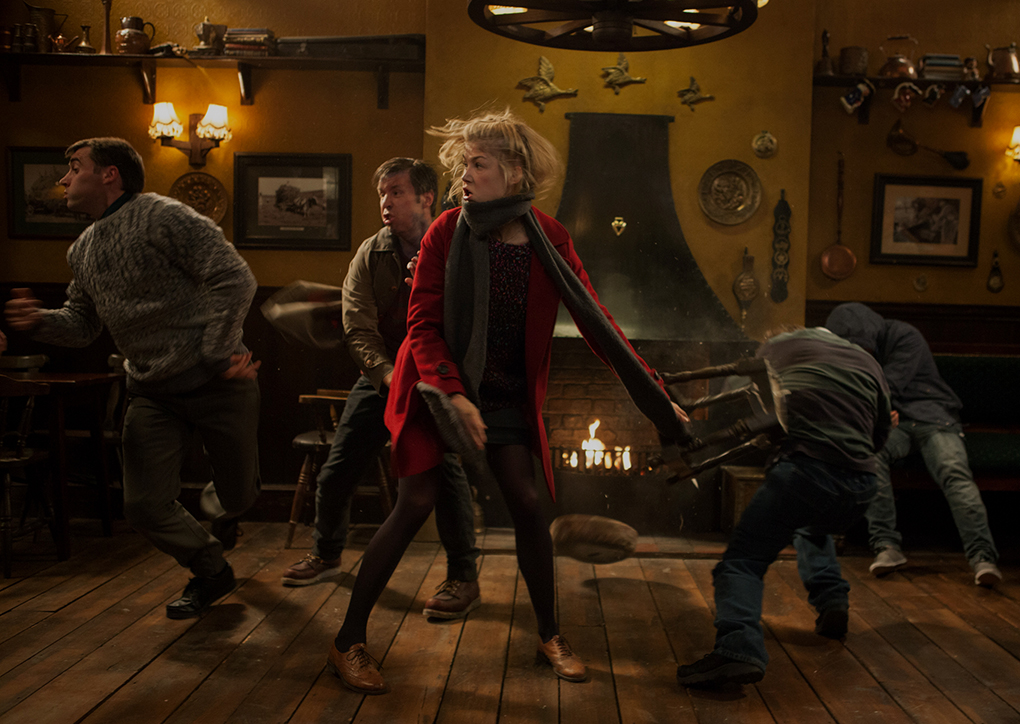 It’s awkward at first. We’re not necessarily accustomed to embracing heroes we dislike, and Gary is a selfish and manipulative liar. But to Pegg’s credit, you end up rooting for him anyway. Part of it is the actor’s natural on-screen presence; the other essential element is that Wright and Pegg’s script delivers laughs with the kind of smart, rapid-fire dialogue and gags that have marked the rest of the Cornetto films.

Gary is also made more palatable thanks to his dynamic with Nick Frost’s Andy. The two actors have an effortless chemistry together, and while Frost has traditionally played the sidekick to Pegg’s characters The World’s End inverts the formula. Andy is, by all appearances, the grown-up, more mature, and content adult of the two; he’s even given up drinking. Andy is so put-together, you start to feel sympathy — or is it pity? — for Gary by comparison. (It’s also just a pleasure to see Frost, one of our most consistently watchable comedic actors, stretch his legs playing a different kind of character with equally funny results.)

The supporting cast of friends — including Martin Freeman (The Hobbit) and Eddie Marsan (Ray Donovan) — deliver sharp, strong performances with laser-guided comedic timing. In a movie where they could have just faded into the background as an alcoholic Greek chorus, the friends all carve out distinct niches for themselves. A budding romance between Paddy Considine’s Steven and Rosamund Pike’s Sam (one of Gary’s former conquests) is a particular standout. It’s the kind of quiet subplot that would be forgettable or get cut altogether in other films, but Considine and Pike are able to turn a handful of scenes into a sense of hopeful yearning that represents the very best of revisiting one’s past.

Driving things forward in the face of some of the more serious themes is the exuberance of Edgar Wright’s direction. Let’s not dress it up: his films are just incredibly fun to watch. There was a stretch in the 1990s when filmmakers like PT Anderson, Quentin Tarantino, and Danny Boyle burst onto the scene with movies that were packed with the sheer joy of filmmaking itself. Transitions, framing, and editing were their playgrounds, openly and unapologetically. As those directors have matured, that incandescent thrill has faded somewhat, but Wright is clearly cut from the same cloth; even the way he shoots a water glass being filled has a playfulness and charm to it. 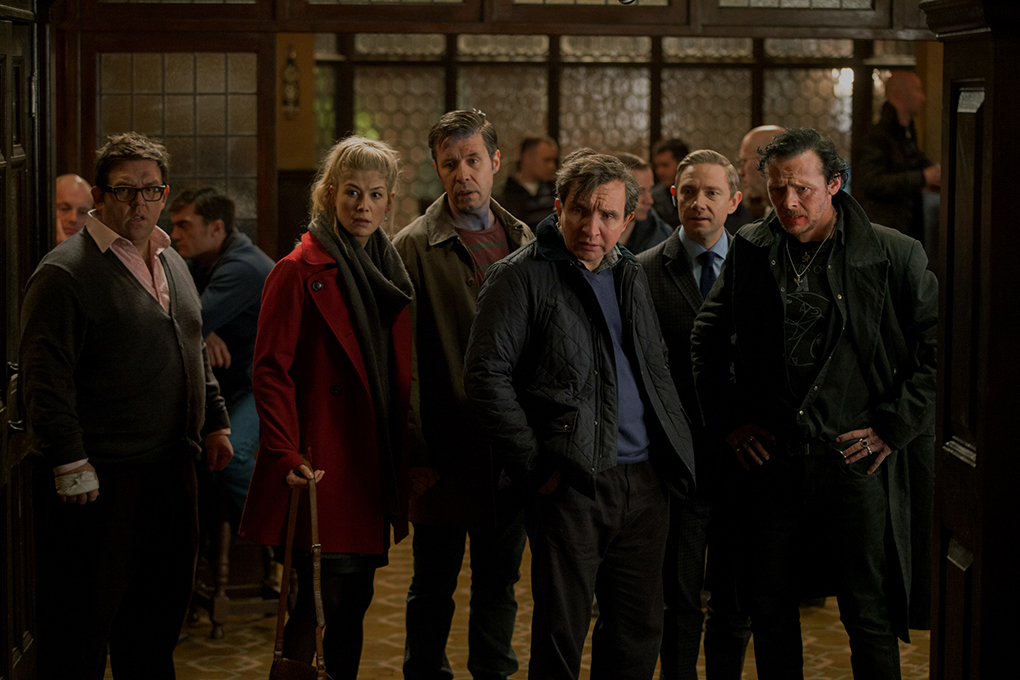 Still, passion behind the camera doesn’t stop the film from slowing at moments. The World’s End takes great pains to justify why Gary continues to push for the pub crawl even after the robot threat escalates. At a certain point, however, it feels like the movie’s just treading water, letting the characters adhere to the plan because it’s the central premise of the film rather than a justified course of action. Granted, knowing how meticulously constructed the Cornetto films have been, you start to expect there will be something deeper justifying Gary’s drive. That shoe does finally drop, and it pays off nicely — albeit in a darker way than audiences may anticipate. It’s the kind of detail that will undoubtedly make the film play stronger on repeat viewings, but if you’re thinking about these issues the first time through the movie has already lost some of its grip on you.

An inspired good time that's different from its predecessors

The World’s End could have been an easy retread, a one-dimensional sci-fi spoof, or just a generic buddy comedy, but that’s never been the way Wright, Pegg, and Frost have done things. Wright has said the film is a thematic closer to the other two entries, representing some final, more mature thoughts on the issues they’ve explored. And that’s exactly what The World’s End feels like, complete with an ending that almost forces the audience to look ahead rather than steep in what’s come before. It doesn’t get in the way of a glorious and inspired good time; it just makes for a movie that's different than its predecessors. Maybe you can’t go home again — but who cares when you’re having this much fun?

The World's End is now playing in UK theaters, and will open in the US on August 23rd.

Read more: A conversation with the creators of 'The World's End'