A night at the museum: how a Canadian institution is using games to lure visitors

A three-day long game jam could just be the start

Share All sharing options for: A night at the museum: how a Canadian institution is using games to lure visitors

The Royal Ontario Museum (ROM) in Toronto is home to the Tomb of General Zu Dashou, one of the largest collections of Korean art in the Western world, and a 90-foot-long barosaurus skeleton named Gordo. But for three days in August, it also played host to a few dozen game developers during the institution's first ever game jam. The event was a collaboration between the museum, the University of Toronto, and local gaming festival Gamercamp, and was billed as a way to "animate the exhibits in the museum." And for an institution that will soon be celebrating its 100th birthday, it could help bring a building filled with ancient artifacts into the modern day.

For the developers, it was both a chance to spend a few days working in a cool space — while rooms were provided, participants were encouraged to grab a stool and code out in front of the exhibits — as well as an opportunity to make a different kind of experience. Not only were the games made in a museum, but on International Archaeology Day in October, many of them will also be on display inside of it as well. It's a setting that requires games that can communicate what they're about in just a few minutes. "A museum is a perfect place to show a jam game," says Gamercamp festival director Jaime Woo, who helped organize the event, "because a jam game should only be three to five minutes long." 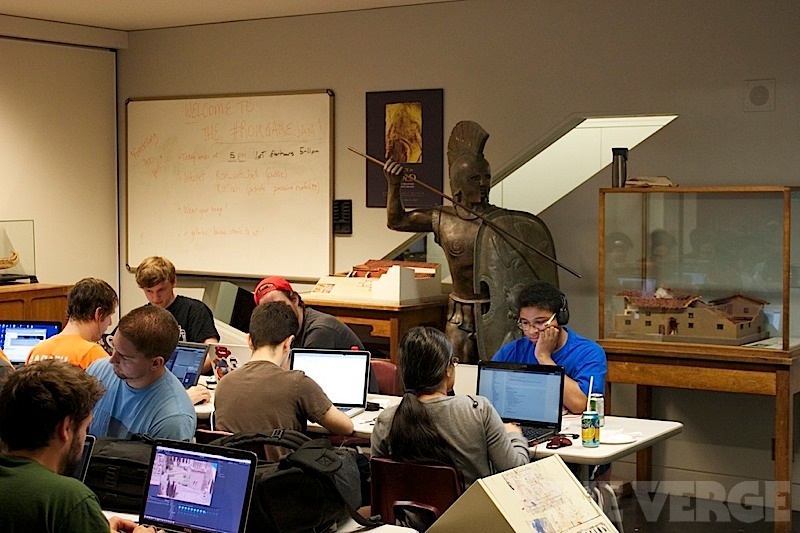 One of the main benefits of being in a public space was that developers could observe how visitors interacted with exhibits, and then tailor their games accordingly. Call of Duty might not feel right next to an exhibition on warfare, but it's easy to see how some of the game jam creations could fit into the museum experience. When many of the exhibits feature a touch-screen display and visitors wander around with tablets and smartphones in hand, video games don't seem so far-fetched.

"The thing that I'm most excited about is how collaborative this felt."

The prototypes built during the three day event ranged from an impressively beautiful 3D pottery simulator, to a touchscreen calligraphy game that tasked players with drawing Chinese characters while learning about what exactly they meant. Meanwhile, a small team made up of employees from Below developer Capy Games managed to build a fast and frantic co-operative pyramid builder — controlled with Super Nintendo gamepads, no less.

When it came to ensuring the historical accuracy of their creations, the game makers had quite a bit of help. Archaeologists and other museum experts were on hand to answer questions, and regularly offered up advice and ideas to developers while play-testing. "I think the thing that I'm most excited about is how collaborative this felt, between the gamers and the folks from the ROM," says Rae Ostman, managing director for the ROM's ancient cultures section. "Everyone was bringing their own expertise and had something to contribute." Business cards were regularly exchanged so developers and museum staff could continue to collaborate as the games are polished up for their October unveiling. 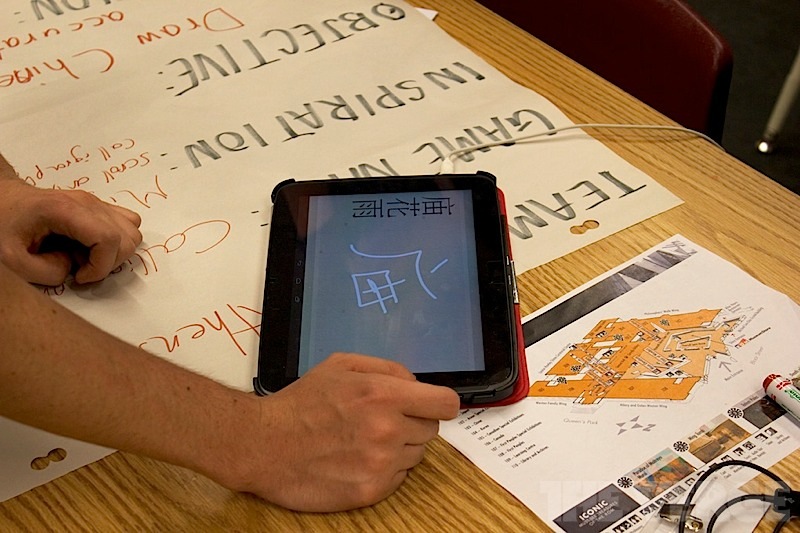 "We're a community, let's all have a conversation and learn together."

When established institutions tap into the creativity of games, it isn't an entirely new concept. Earlier this year NASA held a jam at its Ames Research Center, and just a few weeks before the ROM event the Field Museum of Natural History in Chicago paired developers up with scientists for a 48-hour-long jam focused on science. "I think in general museums are trying to be a little more participatory and not so one-directional in terms of 'we've got information to give you,'" says Ostman. "But more like, 'we're a community, let's all have a conversation and learn together.'"

The ROM jam is being called a beta and it's unclear whether there will be a second, but its success could potentially lead to gaming becoming a larger part of the museum experience. "It'd be great to have workshops for families or for kids, for them to not only learn about ancient cultures, but understand about game development," Ostman explains. "To me that would be awesome."