Earth is sitting in the path of more than 1,400 asteroids that could potentially cause significant damage, but according to NASA we likely won't see any of them smash violently into our planet anytime soon. In a chilling graphic of Earth sitting in a web of possible danger, NASA mapped out data it's collected on potentially hazardous asteroids (PHAs) that have intersecting orbital patterns with Earth and its neighboring planets. The PHAs that NASA has visualized, as a part of its Jet Propulsion Labratory Photojournal project, are "fairly large" and measure at least 460-feet wide. Each of these asteroids is traveling as what the agency described as "close" to Earth's orbit. Close, NASA says, is within 4.7 million miles — which thankfully means we've got a bit of breathing room.

It's going to be OK — this century

Another point of comfort: none of these asteroids are expected to collide with earth in the next 100 years, the agency says. So that means there is no immediate need to plan for doomsday, or even a light show along the lines of the annual Perseid meteor shower seen a few days ago. Also in the predicted cross hairs of said PHAs are Mars, Mercury, Venus, Jupiter, and the Sun. Check the source link below for the full, high-resolution graphic. 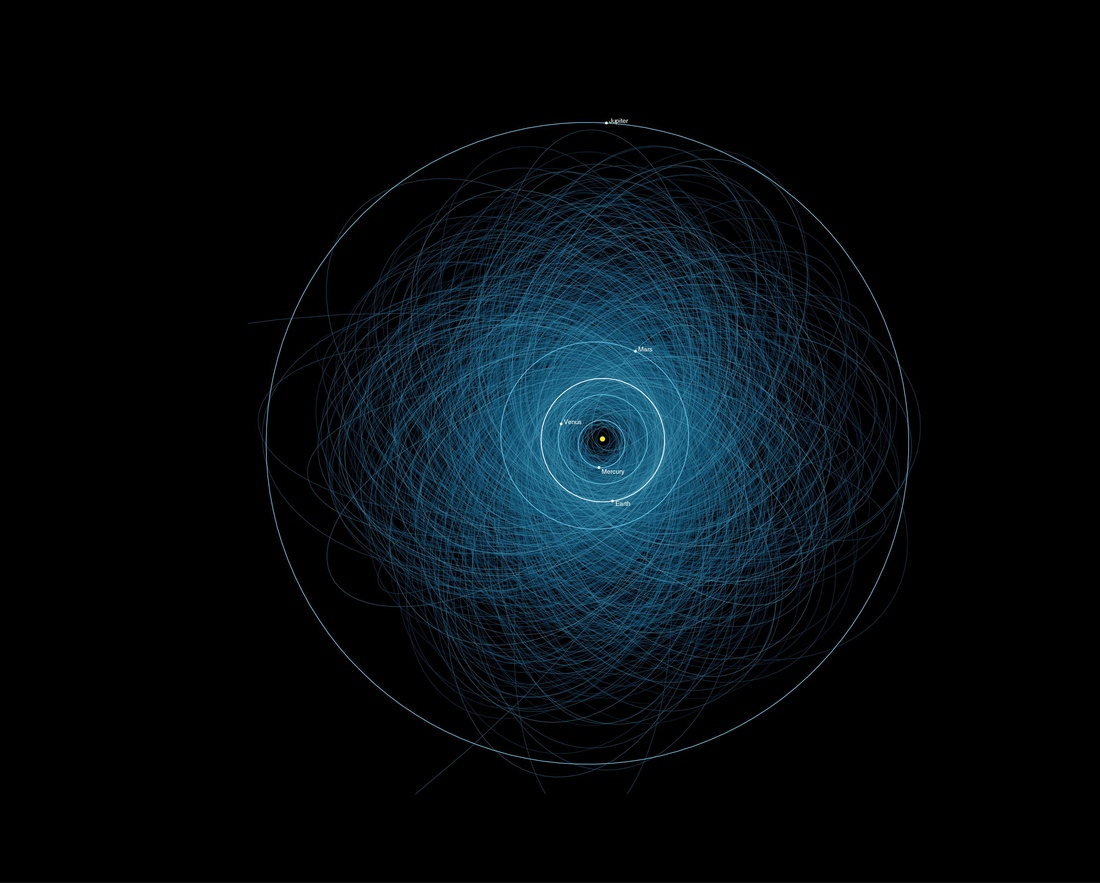