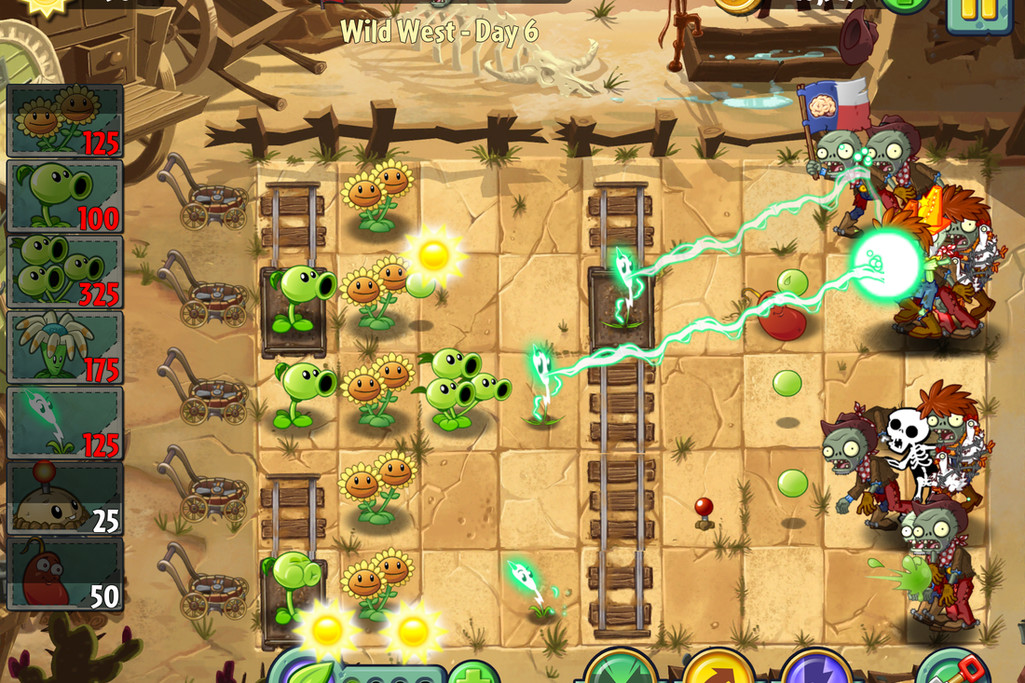 Plants vs. Zombies fans are worried. After releasing the beloved original to much acclaim back in 2009, developer PopCap Games made what seemed like a series of bad decisions. First came the release of a Facebook spin-off (which turned out to be pretty good), then came news of a bizarre, gritty third-person shooter subtitled Garden Warfare. Worst of all, the long-awaited sequel was going to be free-to-play, a payment structure that has nearly crippled games like Real Racing 3. It seemed destined to be yet another example of a beloved franchise ruined by new monetization strategies. Thankfully, Plants vs. Zombies 2, which launches tomorrow on iOS, is the rare example of a free game done right.

The game plays identically to the original: you place plants on the left side of the screen, while zombies stumble in from the right. Each plant has a different ability — from walnuts that serve as barriers to peashooters that act like automatic turrets — and the goal is to prevent the undead from getting through your defenses. It's the same casual take on strategy that made the first PvZ a breakaway hit, and the sequel doesn't mess with it too much. Instead, it builds on it with new enemies and unit types, and the additions are almost entirely welcome. The fire-breathing snapdragon is a particular standout, shooting flames at multiple zombies at once, while the undead ranks have been strengthened by sarcophagi-wearing zombies and a pirate captain and his plant-stealing parrot. Combined with some new level designs, the additional plants and zombies add plenty of interesting strategic opportunities to PvZ 2. There are also new mini-games and challenges to keep things fresh. 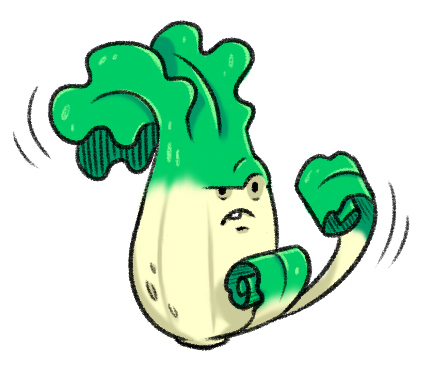 "A plant that literally punches." 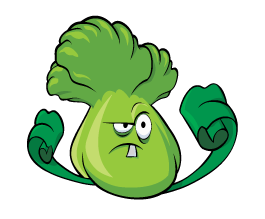 New additions to the game came as a result of collaboration between PvZ 2's designers and the art team. "Bonk Choy is a great example of this," says lead producer Allen Murray, describing the game’s bok choy turned Tyson-esque punching machine. "Design wanted a high-damage, low-hit-point plant that could attack one square forward and back. They prototyped it and it played well, but the first concept was a flower whose petals shot projectiles at an angle down to the squares on either side. It was missing some punch. Then our art director, David Ryan Paul, had the idea of a melee fighter and started to sketch a plant that literally punches."

The original game was crazy — it's about plants battling zombies, after all — and the sequel ups the ante with a new time travel theme that has you venturing into ancient Egypt, galavanting with pirates, and heading out to the Wild West. "Mechanically, time travel just gives us lots of options to have plants fighting zombies," says Murray. "The options are nearly endless and we have a great time thinking up new settings and different characters that can inhabit each era."

The good news, though, is that the game and its structure aren't really hurt by the shift to free-to-play. At no point while playing did I feel the need to drop some real money on the game, since PvZ 2 is surprisingly generous with its in-game currencies. One of the biggest new additions is plant food, a power-up that essentially turns any plant into a super-powered weapon for a brief period of time; peashooters fire more bullets in crazy patterns, while snapdragons let loose with gigantic fireballs. You can collect plant food by killing green, glowing zombies; I often had more than I needed. You can also buy plant food using in-game coins (which in turn can be bought with real-world cash) but, again, I regularly found myself with more coins than I knew what to do with. It doesn’t ever feel like you have to buy something. 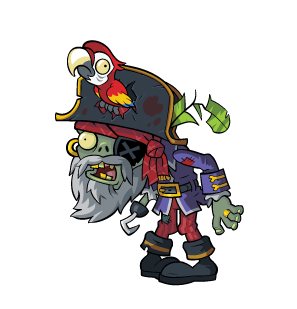 Spending money is essentially a shortcut 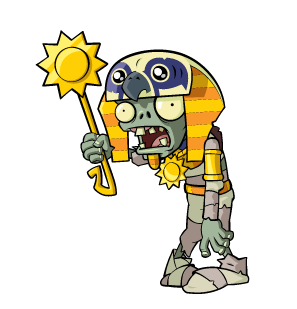 Accessing certain paths or opening up a new map requires either keys or stars; keys drop randomly in battle, while stars are earned by playing through a level multiple times and achieving certain goals. (Both can also be purchased with cash.) On the surface it seems like the game is forcing you to grind through old levels constantly if you don’t want to fork out some money, but in practice it really doesn't feel like a chore at all. Each time you play a level in search of a star it feels completely different; the rules are tweaked, and sometimes the level is even set up differently, providing a fresh experience.

It's a structure that will be familiar to fans of games like Super Mario 64; instead of a grind, it's actually fun, and it doesn't take all that long to collect all of the stars you need. Keys, on the other hand, are in somewhat short supply, and they can lock off areas holding useful plants, like the cherry bomb or double sunflower. It’s here that you might be tempted to drop some real cash, though otherwise spending money is essentially a shortcut if you’re running low on time.

According to Murray, the decision to make the game free came midway through development, after most of the core ideas had already been established. "We knew we had to stop and apply a ton of design thinking to this new approach — much more than we had to any other component of the game, but time was ticking," he says. "Thankfully, we were able to take several months and iterate on a few major approaches. We stepped back, looked at economic models of games that we loved to play, and noted key moments in classic PvZ where the player can pause to make decisions about how to purchase items, or unlock content in the game."

The structure and time travel theme also leave the game open to plenty of updates — Murray says that there were a number of plants and zombies that didn't make it into the game for today’s launch on iOS (other platforms are almost certainly coming later), but could potentially come to PvZ 2 later on. Considering the long wait between the original game and the sequel, the idea of extending PvZ 2's life with fresh content is welcome news. And thankfully PvZ 2 and its time travelling craziness proves that the team at PopCap still has plenty of new ideas for flora-on-undead violence. "A goal with Plants vs. Zombies 2 is to be delivering new content, new worlds over the next few months, and even years," says Murray. "This framework is perfect for that."