As the feud between CBS and Time Warner Cable (TWC) over retransmission drags on for a third week, more than 3 million TWC subscribers are blocked from watching programming from the nation's most popular broadcast network. Through no fault of their own, TWC customers couldn't access some of the first NFL preseason games and last weekend's PGA Championship. So, who's behind this?

One name to know is Les Moonves, CEO of CBS, a failed actor turned network suit turned entertainment kingpin. Moonves' rise to power reads like one of his network's TV dramas. But people in tech are likely to be more familiar with Moonves' other story: the one about him trying to protect a media empire by suing to keep new internet services off the market.

Last year, when Aereo made a splash by offering consumers web access to live, over-the-air TV, there was Moonves filing suit and threatening to pull CBS shows off the airwaves. When Dish Network released its Auto-Hop feature that automatically skips past commercials, there was Moonves again, suing and threatening to pull programming off the satellite system. And when Amazon began undercutting traditional booksellers on ebook prices, there was Moonves signing off on a scheme to force the web's top retailer to stop discounting. The Department of Justice says Simon & Schuster, the CBS-owned publisher, was among the country's top book publishers that conspired with Apple to illegally fix ebook prices. The government produced emails that suggest not only did Moonves know about the conspiracy, he encouraged it.

Not only did Moonves know about the conspiracy, he encouraged it

"You are absolutely correct," Carolyn Reidy, Simon & Schuster's CEO, wrote to Moonves in September 2009. "We've always known that unless other publishers follow us, there's no chance of success in getting Amazon to change its pricing practices... and of course you were right that without a critical mass behind us Amazon won't negotiate."

While a CBS spokesman declined to comment for this story, the company has always been sensitive about any suggestion that Moonves is anti-technology. His defenders note that on his watch, CBS cut some of the first licensing deals with Netflix's streaming service and in 2008 paid $1.8 billion to acquire CNET, the web media company. CBS is also just one of the TV programmers that filed copyright complaints against Aereo and Dish and accused them of "stealing" their shows. Still, during the past several years, there's no one in the entertainment sector that's waged war more fiercely against media technology companies than Moonves.

The CEO appears to be the latest in a long line of media chiefs willing to use the courts and Congress to try and thwart impending paradigm shifts brought on by innovation. Moonves may be this generation's Jack Valenti, the former chief of the Motion Picture Association of America, who once famously compared the VCR to the Boston Strangler. But with the TWC fight, Moonves is taking a big risk. He stands to alienate a big distributor (TWC) and his viewers, while offering aid to his enemies.TWC is now telling customers that they should access CBS shows via Aereo, a huge burst of free promotion for a little know web service.

But what does CBS' challenges with Dish and Aereo have to do with TWC? Plenty. With every victory in court, Aereo undercuts the long standing agreement that cable companies should have to pay networks for the right to carry their programming. At a time when Netflix and Amazon are adding customers, the number of cable subscribers is shrinking. TWC reported second-quarter earnings earlier this month and finished with 11.7 million video subscribers, down 191,000. In the same period a year earlier, TWC lost 169,000 video customers. 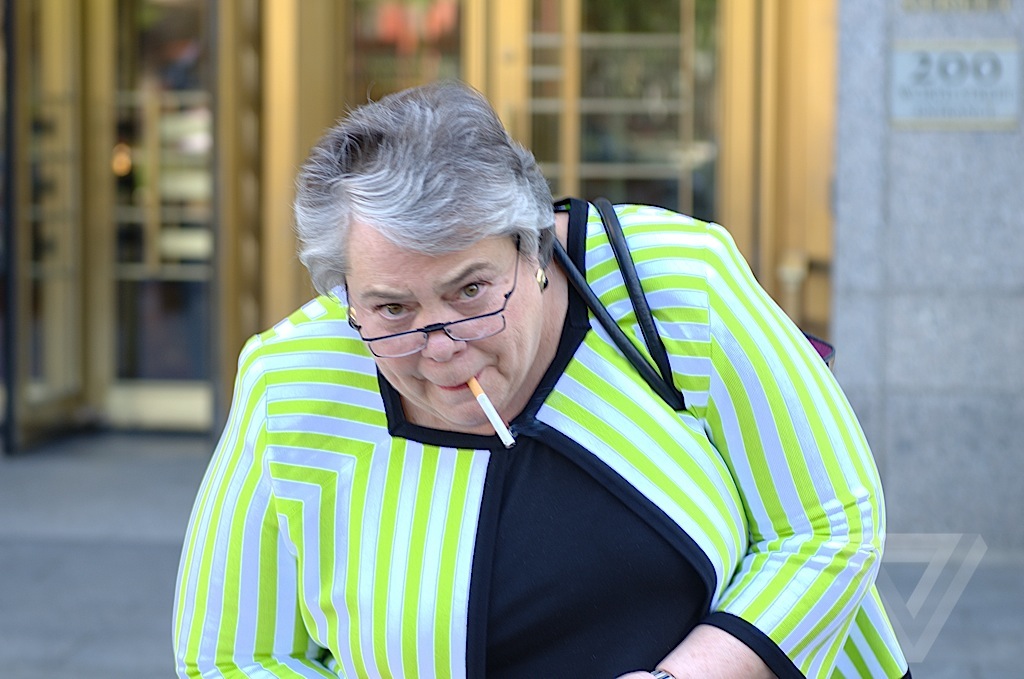 Amazon and Netflix are just the start. Within the past year, Aereo, Dish, and similar companies have generated a lot of headlines by offering to supply consumers with new ways to interact with TV programming, such as watching live TV online and automatically removing commercials. The upstarts have managed to do all this without permission from the networks, or violating copyright law. But instead of rallying around a besieged distributor, CBS is "at war" with TWC. Incidentally, if CBS is able to get more money out of TWC, there's little doubt about who will pick up the tab. In October, the cable company began charging customers $3.95 to rent modems, and before a year passed, announced an additional rental-rate increase to $5.99.

"CBS and the other networks want to be paid," said Rich Greenfield, an analyst with BTIG Research. "But the [cable] bundles keep getting bigger and bigger and more expensive and consumers are getting fed up. There's a point where all this starts to break."

"There's a point where all this starts to break."

Moonves has argued that the top-rated network deserves to get paid more money. In the ratings competition with the top broadcasting networks, CBS has regularly dominated. Under Moonves, CBS has a long list of hit shows, including Survivor, CSI, and The Mentalist. Showtime, the CBS-owned pay-TV channel, has also had a run of hits with Homeland, Dexter and Ray Donovan.

Since the financial crisis of 2008, few media leaders have done a better job of reviving their company's stock price. On March 6, 2009, CBS shares sank to $3.36. On Tuesday morning, CBS traded at $53.61, representing a 1,400 percent increase from four years ago. 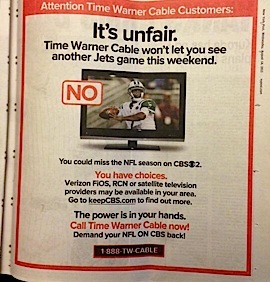 Moonves, however, hasn't been right about everything. There are the high-profile court defeats against Aereo and Dish and the embarrassing DOJ investigation into Simon & Schuster. There was also a public relations setback in January when CBS forced CNET to cancel an award for the Dish Hopper because of the ongoing litigation with Dish and then tried to hush it up [Disclosure: I left CBS after this controversy]. But when it comes down to who will win the dispute between CBS and TWC, even analysts who have been critical of the network say Moonves possesses all the leverage.

Greenfield, the analyst with BTIG Research, argues that TWC will buckle if Moonves can hold out until the NFL regular season begins. "CBS will ultimately win if they can stand the pain," he said. If Moonves' history tells us anything, he knows how to throw a punch, and how to take a beating.