Share All sharing options for: 'Breaking Bad' and 'Mad Men' photographer warns that digital cameras can be 'too clear'

Frank Ockenfels III has built up a glittering résumé of photographing some of the best known actors, musicians, and celebrities around, and though you might not have heard his name, you'll most surely have seen his work. Spider-Man, Harry Potter, Hellboy, Thor, and Sly Stallone's Expendables crew are just a few of the characters he has immortalized with his camera. Most recently, Ockenfels worked on promo imagery for the final season of AMC's Breaking Bad, which was one of the main topics of discussion during his interview with Pop Photo.

Hitting the New Mexico desert with a truckload of equipment and six assistants, Ockenfels was actually packing light. His previous work with AMC — for similarly beloved TV series like Mad Men and The Walking Dead — involved extremely sophisticated lighting setups, but the Breaking Bad desert shoot relied on natural light as much as possible. That required a lot of flexibility from Ockenfels' team, as they had to adapt to the unpredictable Albuquerque weather pattens. 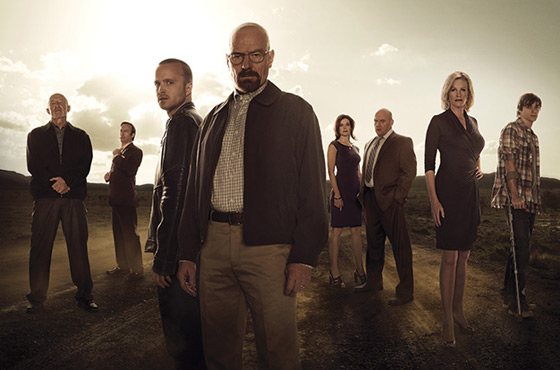