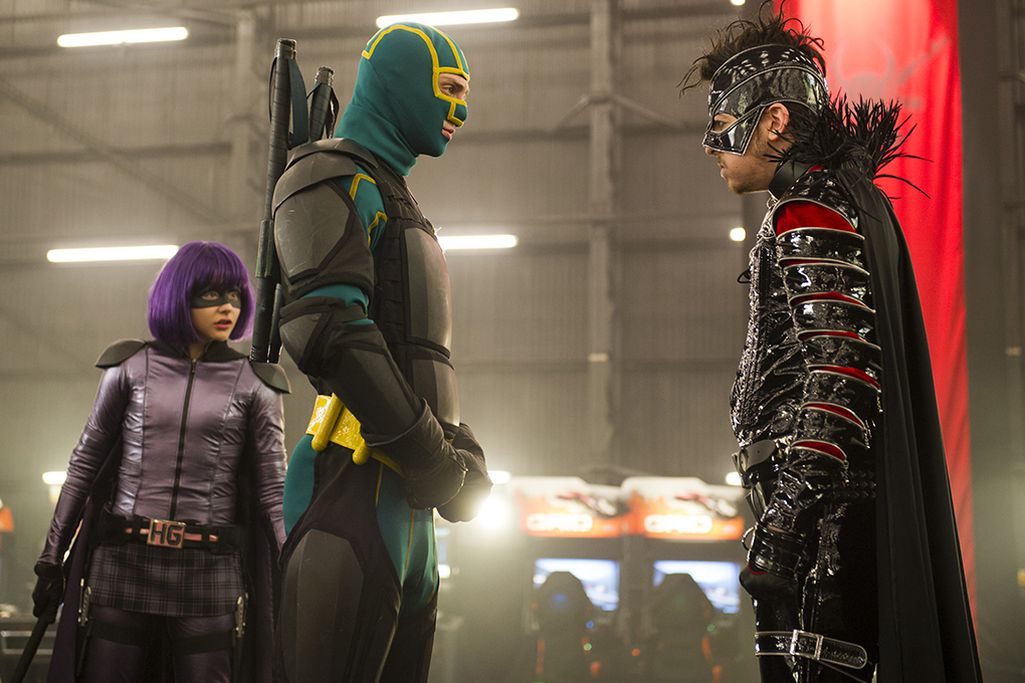 For a movie that seems interested in examining the difference between comic book escapism and the repercussions of real-life violence, Kick-Ass 2 is virtually empty of consequences. Where Matthew Vaughn’s 2010 original transplanted a superhero origin story into a marginally realistic world, Jeff Wadlow’s follow-up does the opposite, taking pajama-clad wannabes and catapulting them into a universe where merciless beatings produce minimal bruises, and devastating losses are fodder for mythic origin stories. In overestimating the appeal of its central characters and underdeveloping the emotional substance of its secondary ones, Kick-Ass 2 feels fatally miscalculated, a would-be genre deconstruction that explains way too much without understanding at all what it wants to say.

Aaron Taylor-Johnson (Savages) once again plays Dave, the high schooler who introduced the world to real-life superheroes when he created his alter ego, Kick-Ass. Although he’s officially retired from his days as a masked vigilante, Dave repeatedly tries to convince former comrade Hit Girl (Chloë Grace Moretz) to team up with him to fight crime. After she turns him down in order to contend with the villainy of her “mean girl” classmates, Dave joins a small group of like-minded do-gooders, including Jim Carrey’s Colonel Stars and Stripes, Night Bitch (Lindy Booth), Dr. Gravity (Scrubs’ Donald Faison) and his buddy Marty, now dubbed Battle Guy (Clark Duke of The Office). But Chris D’Amico (Christopher Mintz-Plasse) blames Kick-Ass for the death of his father, and the former Red Mist recasts himself as the world’s first supervillain — The Motherfucker — and recruits a rogue’s gallery of “heavy hitters” to help him exact murderous revenge.

Not unlike how The Dark Knight further developed ideas that were introduced in Batman Begins, Kick-Ass 2 intends to use the first film as the foundation for a deeper discussion about the divide between wish-fulfillment heroism and the cost of doing good in a world plagued by actual evil. Nolan’s films tapped into the concept of escalation, and in the world of Kick-Ass, where superheroes are quite literally inspired by their comic book predecessors, Wadlow’s film highlights the evolution of an opposing force. The Motherfucker is a good guy “turned evil” by Kick-Ass’ defeat of his crime-boss father, and he not only pits himself against Dave, but assembles an army of criminals as his minions. 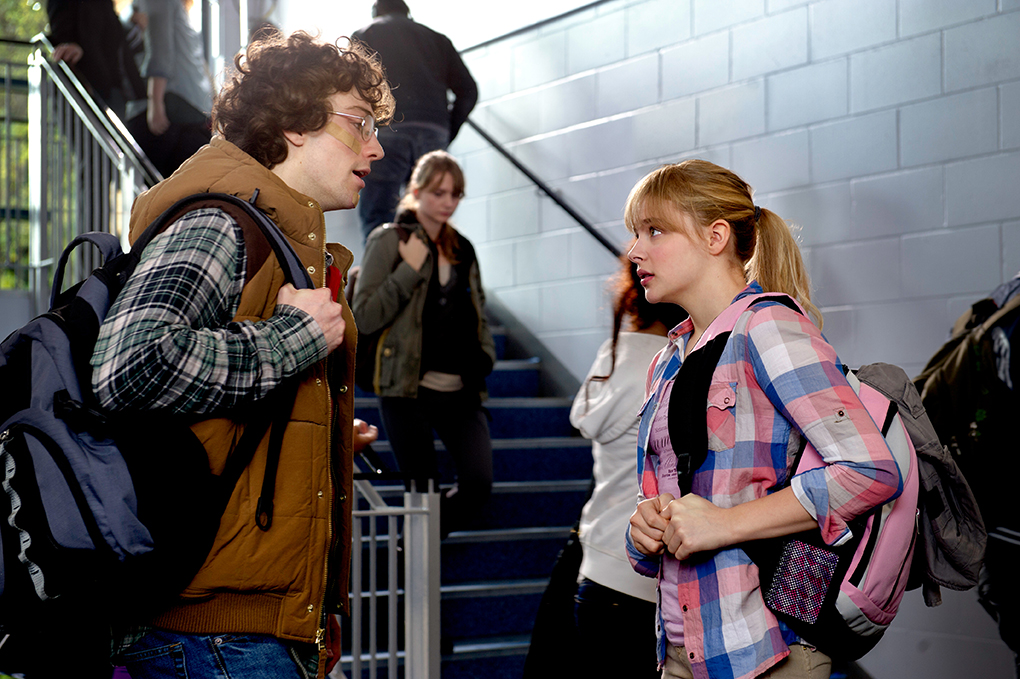 Hit Girl is focusing on the villainy of high school 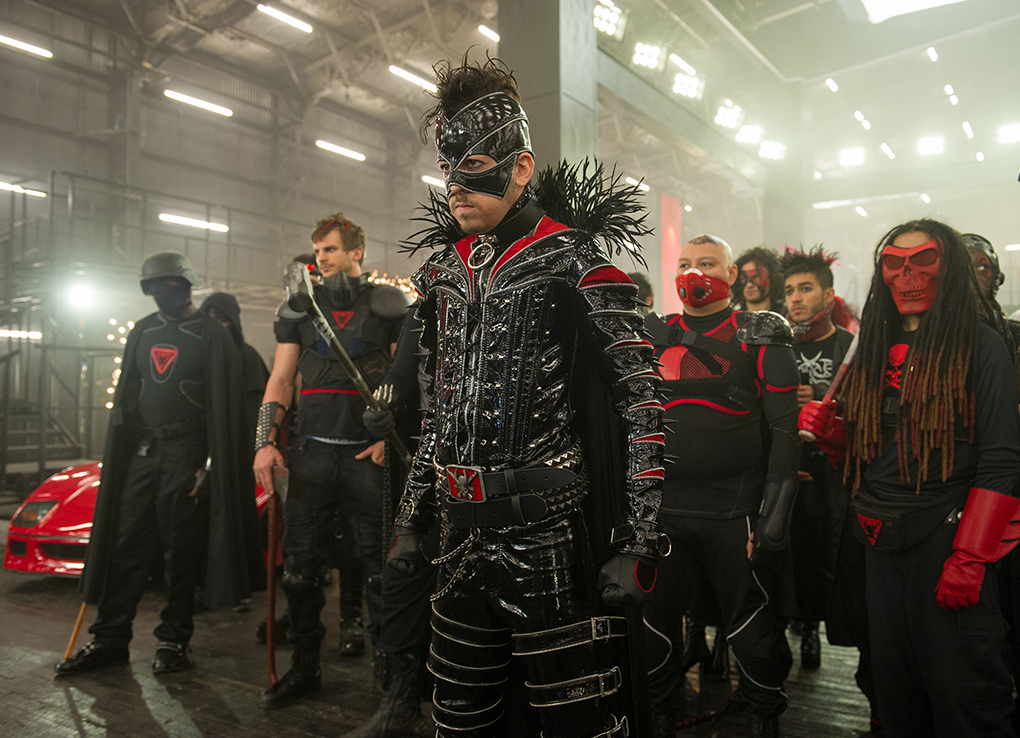 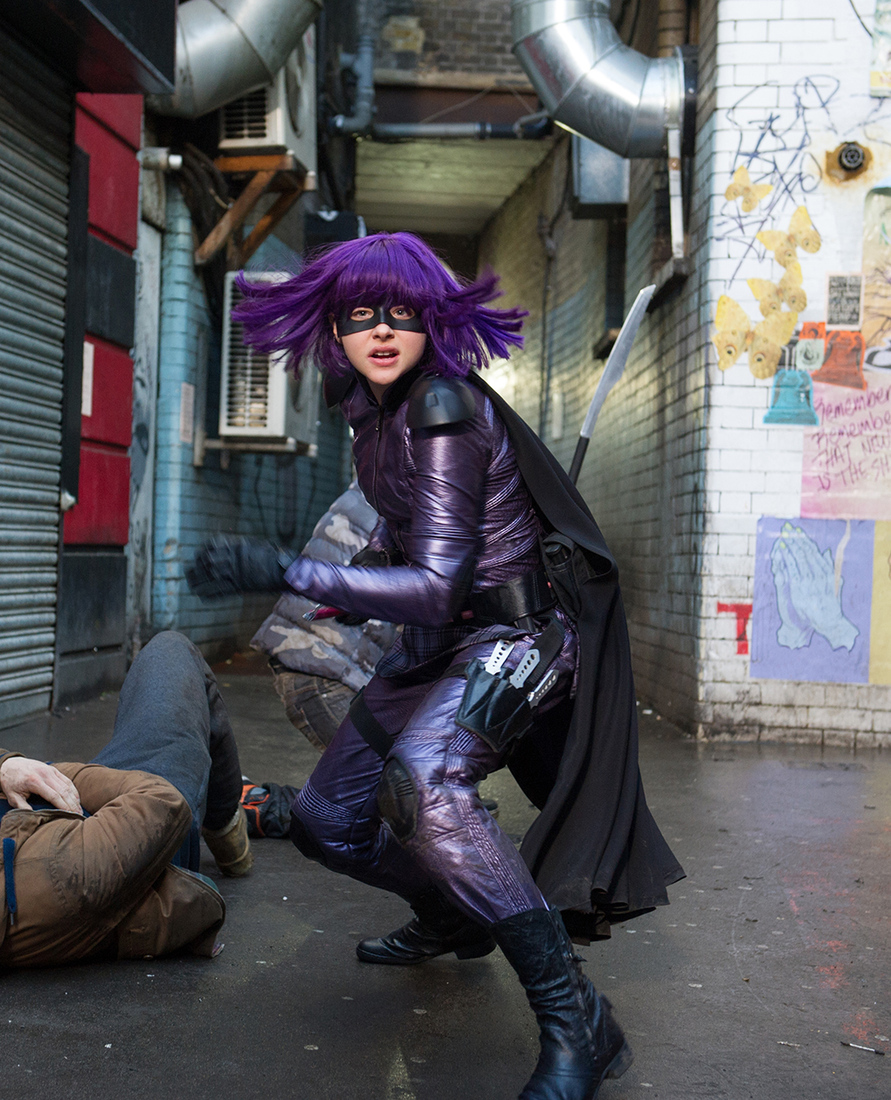 But the film makes an unconvincing case as it tries to have its cake and eat it too. The problem isn’t that it fully takes advantage of its R rating to maximize the intensity of the action and make every blow sound and feel as bone-crunching as possible. It’s that Wadlow, as writer and director, can’t keep straight the difference between comic book spectacle and true destruction. Immediately after The Motherfucker threatens a female hostage with the horror of sexual assault, his lieutenant Mother Russia (Olga Kurkulina) walks into the middle of a suburban street and executes 10 police officers by gun, fire, and lawn mower.

It’s as if the only lives that are important are those directly related to the main characters, while the rest are fair game — as victims or perpetrators — for any manner of pain the filmmakers can imagine inflicting. The constant speeches by seemingly every character that insist “this is the real world” and “there are consequences” to violence end up feeling like lip service when we’re supposed to laugh off an attempted rape, but actually recoil in horror after it may have occurred. (The victim is shown later, beaten up, but it’s unclear if The Motherfucker followed through on his threat.)

Meanwhile, various characters in the film repeat platitudes about people being themselves and not hiding behind masks (literal or figurative), even when in several cases their true self is a person who wears one. While this theoretically could be an interesting point to make — the notion that some people find their true purpose when they adopt another identity — the film seems equally confused about this as well, validating even the most harrowing betrayals (from characters we like) as some sort of empowerment or self-actualization. It certainly doesn’t help that the characters frequently contradict themselves about what drove them to be heroes, or that their definition of heroism seems to change according to the demands of the plot. Sometimes it’s “making a difference,” sometimes it’s lying to loved ones, and sometimes it’s beating people to a bloody pulp, according to Wadlow’s ensemble of schizophrenics.

Kick-Ass remains the least-interesting character in the ensemble

Despite what were likely Aaron Taylor-Johnson’s best efforts, Kick-Ass remains the least-interesting character in the entire ensemble, and his remarkable lack of presence is even more apparent in comparison to the new characters that the film introduces. Unfortunately, Mintz-Plasse doesn’t have the chops — or the material on the page — to elevate Red Mist to the rank of truly interesting villain, but as the vengeance-obsessed Motherfucker, he at least provides the film with a suitably absurd counterpart to Kick-Ass’ milquetoast heroism. 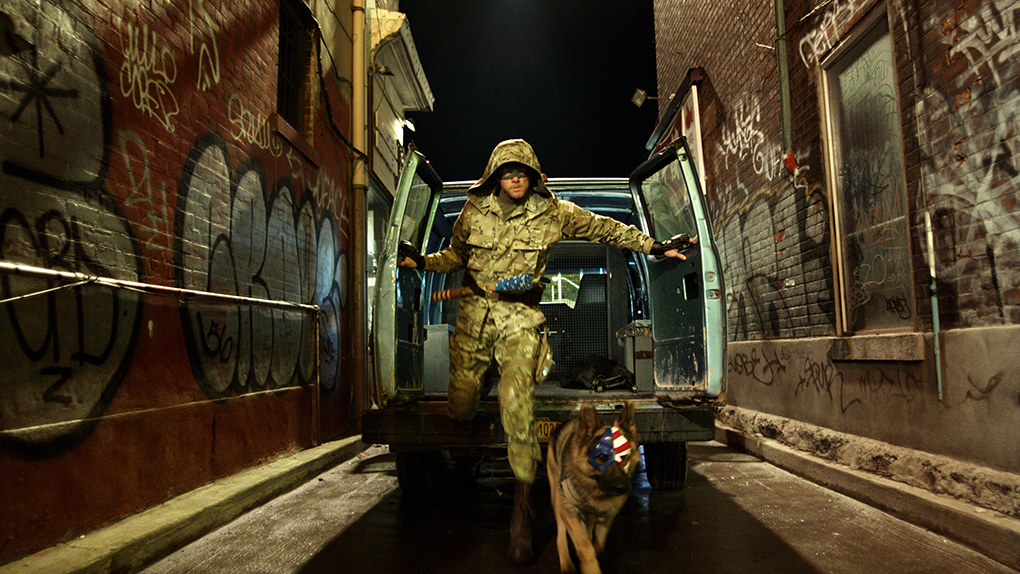 As in the first film, Moretz not only has the most interesting journey to make, but she gives it some real substance. Hit Girl’s struggle to find a place in the shark-infested waters of high school confronts her with the challenge of discovering who she really is, with or without a mask. Jim Carrey’s Stars and Stripes offers a soulful, centered maturity to real-world heroics, and while his decision to recuse himself from publicizing Kick-Ass 2 is entirely understandable given the film’s nihilistic attitude towards “justice,” he proves to be its secret weapon. He plays the role as a case study in what it means to do good in a world filled with so much evil, and imbues the character with a dignity and gravitas that’s all but absent elsewhere. That these two characters remain subordinate to Kick-Ass might be a necessary byproduct of the film’s title, but it’s to the film’s detriment, elevating the main character’s petulant quandaries while effectively ignoring the supporting cast’s more substantial ones.

Even looking only at the action and escapism for which superhero movies are known, there’s still precious little to sustain one’s interest. With the exception of a breezily staged showdown between Hit Girl and the gun-toting passengers of a speeding van, none of the fight scenes are memorably conceived, and they’re seldom funny. Just like with the film’s underlying themes, Wadlow relies more on glib payoffs than meaningful observations, mistaking meanness for honesty and brutality for realism. Kick-Ass 2 is a flaccid commentary that scarcely manages to implement the genre conventions it aspires to examine.