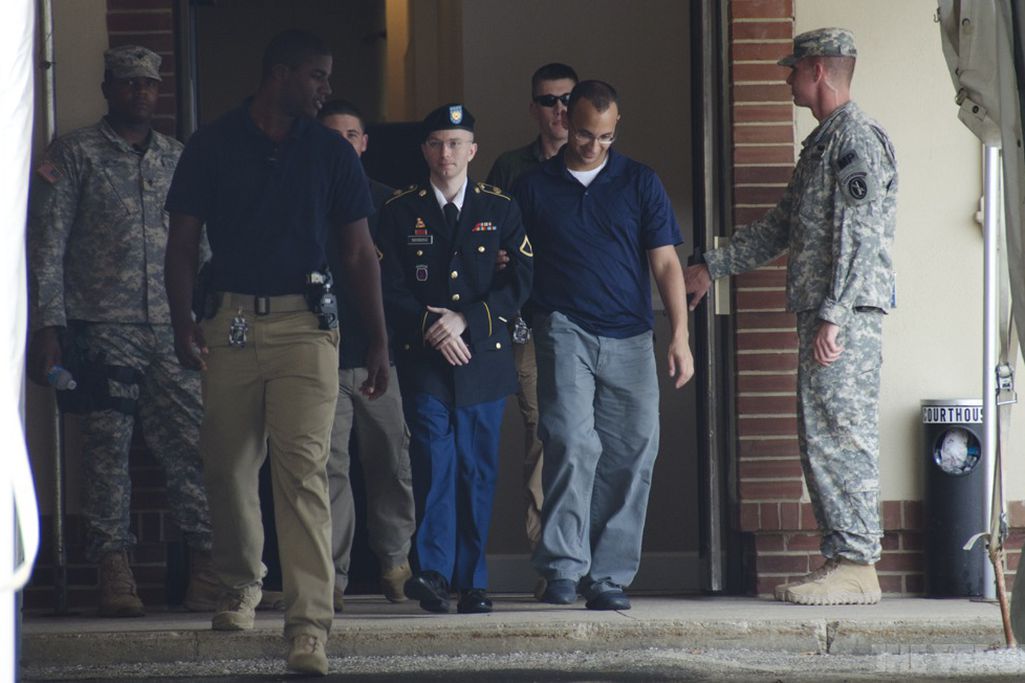 When, at the end of July, Bradley Manning was found guilty of nearly all the charges facing him, his long-running story entered a new chapter. With his guilt established, the trial turned to the matter of his punishment. He faces a potential 90 years in prison, and the judge, Army Colonel Denise Lind, holds his fate in her hands. She will consider the consequences of Manning’s actions and the circumstances surrounding them. The deeper question Lind will also consider, though, is: who was Bradley Manning then, and who is he now?

He was arrested in May 2010 while still stationed in Iraq, suspected of leaking some 700,000 government documents, including reports detailing day-to-day military activities in Iraq and Afghanistan, as well as a cache of State Department cables. He was subsequently charged with 22 offenses, including violations of the Espionage Act and the Computer Fraud and Abuse Act. The arrest and charges brought him to public attention — like Edward Snowden’s years later, his was the story behind the leaks, the human face behind all that information — and he spent the next three years awaiting trial. He was hailed as a hero and denounced as a traitor.

In contrast, defense attorney David Coombs reminded the court that Manning was just 22 when he committed the offenses. He was “young, naïve, but good-intentioned.” He’d thought the public needed to see what he’d seen; that if people knew the war he knew, they’d be unable to support it — or even any war. Manning, Coombs emphasized, was an idealist acting in the public interest.

Whatever she thinks of Manning’s motivations, Lind limited discussion of them during the court-martial. (She also has not made public the legal reasoning behind her verdict.) In the sentencing phase, though, Manning’s motives and life experience became central to his defense. The prosecution, meanwhile, attempted to define the harm caused by his leaks.

An early prosecution witness, Robert A. Carr, testified about leading a Defense Intelligence Agency task force charged with assessing potential damage from the leaks. “We were very concerned that folks might choose not to talk to us anymore because the information that came out could be detrimental to their livelihood,” he said, but pressed by Manning’s lawyers for specific examples, he could provide none. The defense also objected to his mention of an Afghan national killed by the Taliban, which had tied the killing to WikiLeaks disclosures. The murdered person’s name did not appear in the WikiLeaks documents, and Lind said she would disregard that section of his testimony.

Other prosecution witnesses offered claims similar to Carr’s about potential harm, but with few details. Much of the prosecution’s case — including almost all of the allegations of measurable damage — took place behind closed doors, with witnesses testifying in secret about classified information. The prosecution’s case took about a week and a half.

When the defense began its case on Monday, David Coombs sought to show Manning as a troubled soldier in a dysfunctional unit. He called several witnesses critical of Manning’s superiors; former master sergeant Paul Adkins received particularly sharp criticism, with one witness describing him as a “marginal performer” not bad enough to replace. An expert in maintaining classified information described Adkins’ unit as “an undisciplined environment when it came to being in compliance with information assurance practices.” A cavalier attitude toward information security, the defense implied, had made it disturbingly easy for Manning to burn a CD containing thousands of restricted documents.

Prosecutors countered by asking whether a determined analyst could remove information from even the most secure location. The expert conceded yes, but greater attention to security would have made it more difficult. Where the defense sought to diffuse responsibility, the prosecution brought the focus back to Manning. 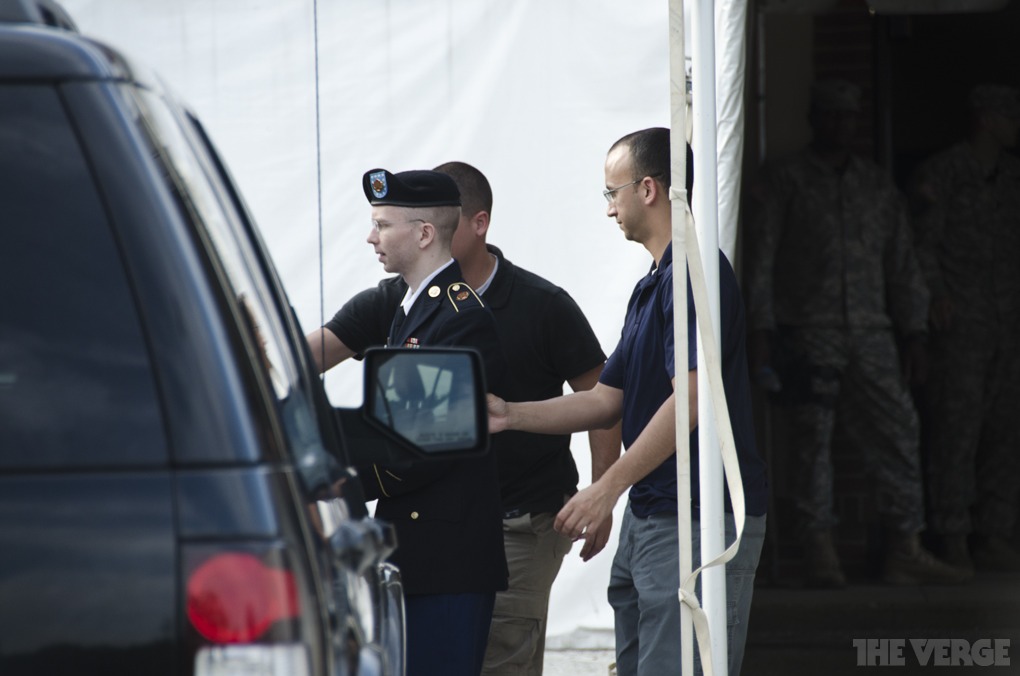 Manning’s defense also portrayed him as struggling with his gender identity. Witnesses testified to his suffering in what his former Army counselor, Captain Michael Worsley, described as “a hyper-masculine environment.” In April 2010, Manning emailed Master Sergeant Adkins about his feelings. Under the subject line “My Problem,” he wrote:

This is my problem. I’ve had signs of it for a very long time. It’s caused problems within my family. I thought a career in the military would get rid of it. It’s not something I seek out for attention, and I’ve been trying very, very hard to get rid of it by placing myself in situations where it would be impossible. But, it’s not going away; it’s haunting me more and more as I get older. Now, the consequences of it are dire, at a time when it’s causing me great pain in itself.

He further described feeling isolated and without meaningful support, which “makes my entire life feel like a bad dream that won’t end.” Attached to the email was a photo of Manning wearing a blonde wig and lipstick. 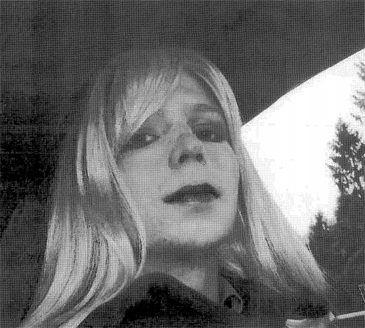 "Who can this guy share with? Who does he have?"

In another incident, Adkins found Manning curled in a ball on the floor of a supply room. A knife lay nearby; with it he’d carved the words “I want” into a chair next to him. Adkins described talking to Manning for about an hour, until he decided the analyst was calm enough to return to work. Several hours later, Manning punched a superior officer, leading to a mandatory mental health evaluation.

The defense’s overall picture was of a young, idealistic individual whose suffering isolated him from everyone around him — and one who should have received mental health counseling long before he did. Under “don’t ask, don’t tell,” defense witnesses testified, Manning could not discuss his problems openly without risking “administrative separation” from the Army, which could have endangered the GI Bill benefits he desperately wanted. Dr. Worsley, one of the few who knew about Manning’s situation, described him as without any support network of friends or family: “Who can this guy share with? Who does he have?”

The prosecution painted Manning as a narcissist whose isolation was self-imposed. It drew attention to Manning’s having once described “his fellow soldiers as ignorant rednecks.” (The witness’s response — that he had himself referred to fellow Marines as rednecks — drew one of the trial’s few laughs.) The same outsize self regard that set him apart from others, prosecutors argued, prompted him to think of himself as someone with the power and authority to commit the biggest leak in US government history.

Adkins did not share the email with his commanding officer, because, as he testified, he believed forwarding the email would lead to wide distribution of the photograph. Manning’s work as an analyst in an understaffed department was important enough, Adkins said, that he hesitated to remove Manning from active duty. (Adkins was later reprimanded for his decisions and reduced in rank.)

Manning spoke to that perception on the final day of his defense. Following testimony by his sister about their essentially dysfunctional childhoods — a mother who drank and smoked while pregnant with Bradley, and who spent most days in an alcoholic haze; who threatened to kill herself if her daughter ever left the house — Manning took the stand for an unsworn statement. He addressed the judge for less than three minutes. He did not discuss the specifics of his case, but apologized for his mistakes and wondered how he could have made them. “I look back at my decisions,” he said, “and wonder how could I, a junior analyst, possibly believe I could change the world for the better over the decisions of those with the proper authority.”

Prosecutors will indicate Friday whether to proceed with a rebuttal case. Colonel Lind will then deliberate, deciding what punishment Bradley Manning deserves; her decision could arrive as early as next week. Under military rules, a sentence greater than a year would automatically send the case to the Army Court of Criminal Appeals — the next chapter in the story of Bradley Manning.