Cabernet in the cloud: the ancient art of winemaking gets a high-tech boost

Cabernet in the cloud: the ancient art of winemaking gets a high-tech boost

Later this September, winemaker Elias Fernandez will take part in his 30th grape harvest, overseeing workers as they pluck fruit from the vines spread across the 200 acres of Shafer Vineyards in Napa Valley, California, the heart of America’s winemaking industry. But this year is different. Unlike all of his previous harvests — including his 2008 vintage, named best in the world last year by Wine Spectator — this one won’t be of grapes grown using purely gut intuition. Instead, Shafer Vineyards has a few new hi-tech systems to thank. "It’s always good to look at technology and use it to see if your gut was the correct way to go after all," Fernandez tells The Verge.

"see if your gut was the correct way to go."

Fernandez is trying two new devices this year, and both rely on something that didn’t exist when he started in the business back in 1984: the web. The first of these is a web-connected weather station provided by Picovale Services, which sits in the middle of a vineyard. The giant, solar-powered pole resembles a street lamp or a security camera, but actually contains a variety of sensors monitoring real-time temperature, humidity, solar radiation, soil moisture and numerous other data points. The pole then beams all this data over Wi-Fi or via satellite link to a web server, where winemakers such as Fernandez can access it through a simple web interface. He particularly likes the fact that Picovale automatically stores and graphs historical data as well. "It’s really nice to see what the weather does and the trends over time," he says. 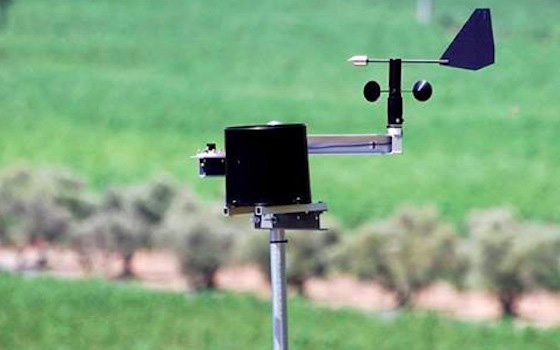 The other new web system Shafer is using this year is designed to monitor the conditions of the vines and grapes themselves. It’s called Fruition, and it was first launched in 2007 by a French duo, an engineer and a viticulturist. It works by attaching tiny, solar powered plastic sap-flow sensors around a few vines themselves, which are capable of providing real-time monitoring of the plants’ water usage rates. Fruition also combines this data with weather data gathered by stations such as Picovale’s to show how plant nutrient and water usage change with conditions. "It used to be, we’d just go by feel, and say ‘let’s put out five gallons of water per plant,’" Fernandez says. "With Fruition you can tell if 5 gallons was way too much or not enough."

Fernandez, along with other experts in wine tech contacted by The Verge, say several big trends have driven the adoption of web tech by many wineries, namely: conservation of water resources in the face of years of dry conditions in California and compliance with government reporting regulations. "Water is like gold out here," says John Duckhorn, Picovale Services’ owner. "When we first started back in 2004, nobody cared about water management. But now, more and more, people are saying monitoring flow is necessary." 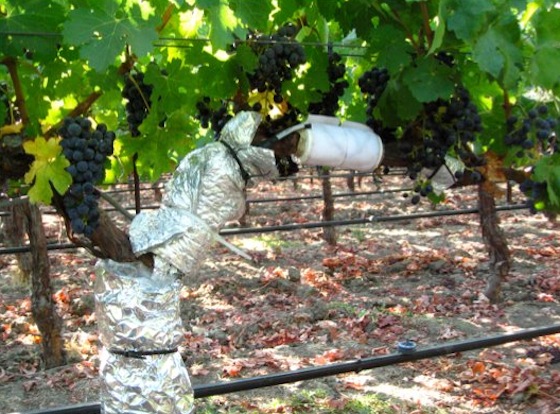 "Anything you put on a field is going to need to be tracked carefully for potential compliance with regulations," adds Mark Greenspan, a PhD viticulurist who runs a wine-tech consulting business, Advanced Viticulture. Greenspan, who doesn’t work with Shafer but rather some of its competitors in California, pointed to another wine tech company he endorses: C3, which offers a suite of satellite mapping and soil imaging products accessible to winemakers from the web. "The traditional way is to dig ditches and take samples," Greenspan explains. "Now we have the ability to look at [the soil] continuously."

But for some, the traditional methods are still the preferred way to make wine. In recent years, California has been a leader in a niche yet trendy segment of natural winemakers, who avoid artificiality and mechanization wherever possible, striving for absolute simplicity and minimalism all the way throughout the winemaking process. "No matter what you do, you are interfering in this fermentation process," admits one such minimalist, Gideon Beinstock, co-owner of Clos Saron, a tiny winery in the foothills of California’s Sierra Nevada mountain range. "But there is a big difference between taking something that occurs naturally, and allowing it to occur in its own way as much as possible — without the human stamp — versus making it in your own head."

"your eyes and your senses will pick up everything that a computer would tell you." 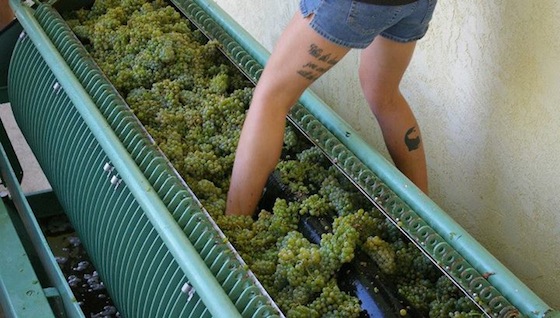 Beinstock and his wife handpick all the grapes of the Pinot Noir in their 7.5 producing acres and crush them using their feet, the "old stomp" method. They take temperatures using a digital thermometer twice a day, logging it into a paper journal, and barely water their old vines, letting them tap into natural water below the soil. To monitor the conditions of their grapes and decide when to harvest, they use their eyes and hands. "If you walk through your vineyards and pay close attention, looking at everything around you, your eyes and your senses will pick up everything that a computer would tell you, and more," Beinstock says. He tells The Verge that while he does have a PC, he uses it to keep track of only the data mandated by the the US Alcohol and Tobacco Tax and Trade Bureau (TTB) and for managing his inventory. Essentially, his goal is to minimize the time spent doing anything but making wine.

Then there are others in the winemaking industry who think that usage of web technology hasn’t gone far enough, particularly on the final leg of the journey: managing inventory of wine and selling it directly to consumers.

"The industry is not leveraging the latest and greatest tech."

"The industry is not leveraging the latest and greatest tech that it could be," says Jay Levy, a New York City venture capitalist who recently co-founded his own Napa Valley winery, Uproot. Specifically, he faults wineries for having antiquated consumer-facing websites. "You look at some of these websites, and it has the feel of 1996 tech. From a consumer-facing front end, it's probably about 10 years behind." But he has a theory about why this is, and it lines up perfectly with the hi-tech devices that are being used out in the fields at rivals like Shafer. "At the end of the day you’re dealing with farming: grapes, land, barrels, other physical goods," Levy says. "That’s where all the investment has gone." Beinstock, whose own small natural winery has a website, admits it's out of date as well. "It’s very antiquated," he says. "But sitting at a computer is a very unfortunate side of modern life. I do use it for sales, but I feel better when I’m outside." 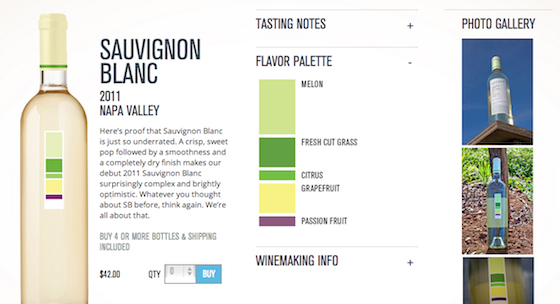 And even out in the fields of medium and large wineries, where new tech investments are taking root, winemakers are cautious about their overall impact on the final product. That’s because while tech moves fast, wine takes time. Whether any of these newfangled tools result in a better wine is a question for a few harvests down the road. "We have a three-year commitment to these tools, and we’re going to see how that’s going on to play out," Fernandez says.